At least three killed in intense shooting amid protests in Beirut 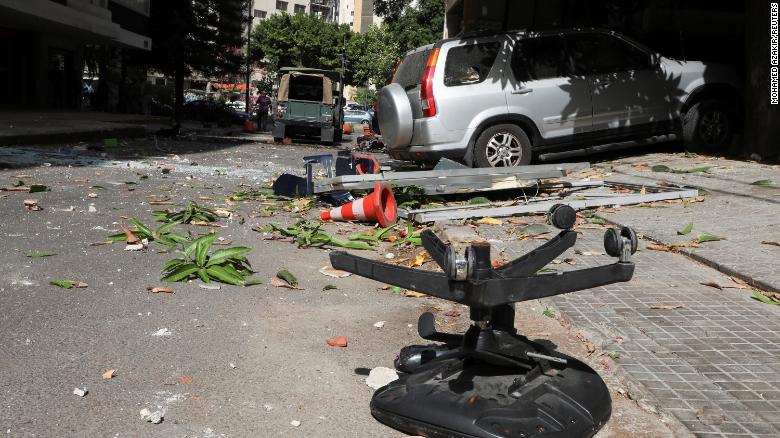 Mass protests in Beirut: what we know 1:52

(CNN) – At least three people were killed and several injured when a heavy shooting broke out at a demonstration in Beirut calling for the removal of a judge who was leading an investigation into the deadly port explosion in August 2020.
An emergency room doctor at the al-Sahel hospital in Beirut who did not want to be named told CNN that the hospital has received one death and nine injuries since the violence broke out.

This is Beirut a year after the explosion 0:57

Hundreds of supporters of Iran-backed Hezbollah and its main Shiite ally, Amal, were marching towards the Lebanese capital’s Palace of Justice on Thursday when protesters were fired on from an unknown location, forcing protesters and journalists to stand up. covered, according to a statement from the army and local stations.

There are several local reports of snipers shooting at protesters from the rooftops of buildings in the area. Local television also showed a masked protester firing a gun from behind a street barrier and black smoke billowing from one of the nearby buildings.

In a statement Thursday, the Lebanese army, which is widely deployed in the area, said it will shoot any armed person in the areas where the fighting is taking place and called for people to leave the streets.

Broken glass and debris are seen after gunfire erupted in the Lebanese capital on Thursday.

Hezbollah has been a staunch opponent of Tariq Bitar, the popular judge who is leading the investigation into the Beirut explosion and has sought the prosecution of high-level officials. This week, the judge issued an arrest warrant for legislator Ali Hassan Khalil, a senior Amal official and former finance minister.

Several legal requests by prosecuted officials to remove Bitar have been unsuccessful.

During a televised speech on Monday, Hezbollah chief Hassan Nasrallah rebuked the judge, accusing him of being “politicized.”