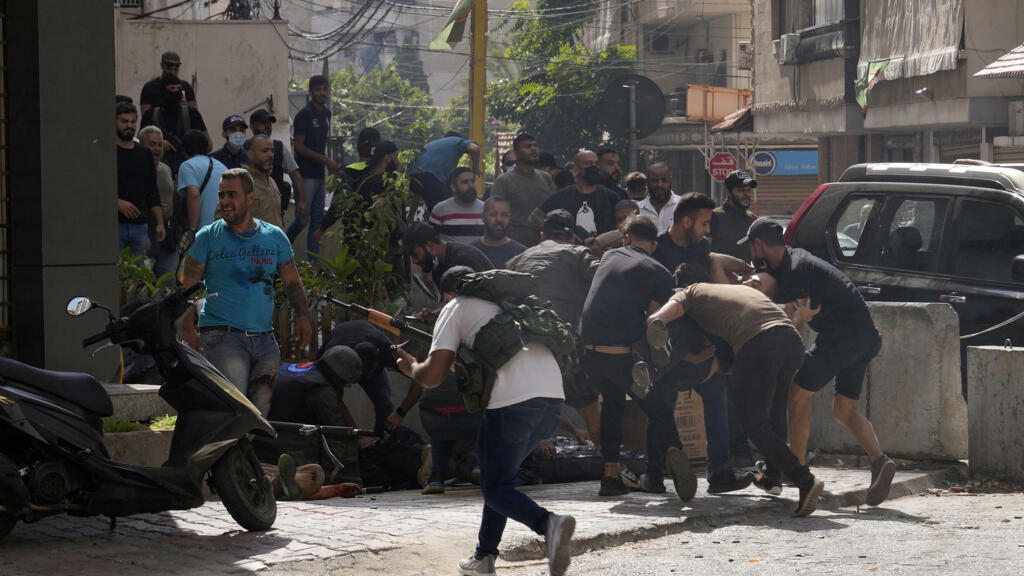 Three people were killed and twenty others injured Thursday during shooting during a demonstration organized in Beirut by the Shiite movements Hezbollah and Amal to demand the dismissal of the judge in charge of the investigation into the explosion at the port of the Lebanese capital, according to reports. medical sources. Find the latest developments of the day (Paris time).

Follow live, hour by hour, the evolution of the situation in Lebanon.

According to Hezbollah and Amal, the shooting at the demonstrators was the work of armed men located on rooftops and aimed at the heads of the protesters. The two movements call on the army to intervene quickly to arrest the perpetrators of these acts.

To learn more about the first developments

With AP, Reuters and AFP

Paris Marathon: victory for Kenyan Elisha Rotich, who breaks the record for the event – archyde

One thought on “Live: Hezbollah, Amal call for calm after Beirut shootings”