Live | Covid-19: Elisabeth Borne does not rule out the loss of the health pass for those who refuse the third dose – Bien Public 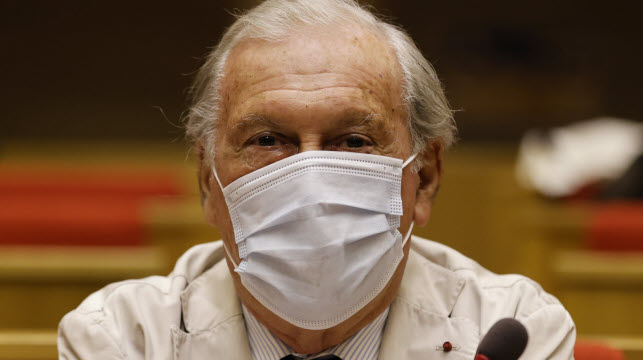 9:55 am: The Netherlands worried about a new rise in contamination

The Dutch government is worried that a new wave of contamination appears to be taking shape in the country as the number of Covid-19 cases has increased in the past seven days. The number of cases is now 62% higher than last week, the most significant increase since mid-July, according to health authorities. Nationwide, there were 3,746 new cases, nearly double the number of cases recorded the previous Wednesday. More than 500 people are treated in hospital for Covid-19 and nearly 140 in intensive care. The government qualifies the level of alert as worrying.

9:48 am: In Costa Rica, the vaccination required in bars

The government of Costa Rica announced on Wednesday that a certificate of vaccination against Covid-19 will be required from December 1 at the entrance to restaurants, bars, hotels, shops, as well as in gyms and enclosures sports.

9:10 am: Borne does not exclude the loss of the health pass for those who refuse the third dose

The Minister of Labor, Elisabeth Borne, indicated this morning not to exclude the loss of the health pass in the event of refusal of the third dose of vaccine. If those eligible for a third dose do not do so, their health pass could be taken away: “This is something we are looking at but it is not decided today,” she said.

“When you are an elderly person vaccinated for more than six months, it is really very important, we know that the immunity drops sharply after six months so you absolutely have to do this third dose,” she explains.

This content is blocked because you have not accepted the trackers.

Clicking on ” I accept “, the plotters will be deposited and you will be able to view the contents .

Clicking on “I accept all tracers”, you authorize deposits of tracers for the storage of your data on our sites and applications for the purposes of personalization and advertising targeting.

You have the option of withdrawing your consent at any time.
Manage my choices

9:02 am: In Cape Verde, a presidential election to end the Covid era

Cape Verdeans vote Sunday in the first round of a presidential election, one of the challenges of which is to emerge from the Covid era which has been devastating for the economy of this West African country very dependent on tourism. The election is taking place as the pandemic has severely hit the economy of this West African archipelago of 550,000 inhabitants, 600 km off the coast of Senegal, where tourism represents 25% of GDP. Cape Verde recorded a historic recession of 14.8% in 2020. A breakthrough came from the United Kingdom, its main supplier of tourists, which announced on October 11 that it had removed Cape Verde from the list of countries prohibited to its nationals due to a drop in disease in the archipelago.

8:25 am: Bolsonaro gives up getting vaccinated

Brazilian President Jair Bolsonaro has announced that he will ultimately not be vaccinated against Covid-19, after claiming for months that he would be “the last Brazilian” to be immune.

For the president of the National Rally, Marine Le Pen, “the measures are no longer proportionate to the circulation of the virus so we must remove the health pass” she said this Thursday morning on RTL. “We cannot live in an exceptional rule of law permanently” she underlines.

This content is blocked because you have not accepted the trackers.

Clicking on ” I accept “, the plotters will be deposited and you will be able to view the contents .

Clicking on “I accept all tracers”, you authorize deposits of tracers for the storage of your data on our sites and applications for the purposes of personalization and advertising targeting.

You have the option of withdrawing your consent at any time.
Manage my choices

Quebec, whose health network is battered by a staff shortage, gives workers in this sector one more month to be vaccinated, otherwise they will be suspended without pay, announced the Minister of Health of the Canadian province. . The government thus wishes to “give a last chance to the unvaccinated”, who now have until November 15 to become immunized against Covid-19.

The congestion affecting ports globally and which recently forced several container ships to divert from England to European ports will last another 6 to 9 months, said the British Ports Association (BPA). This situation, linked to global traffic disruptions caused by the pandemic, has lasted “for more than a year” and the blockage is not specific to the United Kingdom, the situation being “much worse in China and the United States” , according to BPA.

7:06 am: No more masks at school in twelve new departments from Monday

The mask will no longer be compulsory in primary school from Monday in 12 new departments: these are Ain, Ariège, Charente, Cher, Drôme, Gard, Hérault, Moselle, Haut-Rhin, Var, Haute-Vienne and Seine-et-Marne.

In an interview with Le Monde, the president of the Scientific Council, Professor Jean-François Delfraissy is quite “optimistic” on the evolution of the epidemic: “In the coming weeks, two scenarios are possible: either a small wave of the variant Delta, with a contained impact on the healthcare system, i.e. a significant increase in viral circulation, but without major impact on the healthcare system. I am therefore quite optimistic, even if we cannot totally exclude the occurrence of a new variant. “

And to add: “It is necessary to insist on the importance of preserving as much as possible the barrier gestures at least until spring 2022. These individual measures can attenuate a possible recovery which would not be completely controlled with the vaccination.”

6:30 am: A booster of Moderna or Pfizer works best in those vaccinated with Johnson & Johnson

People who have received the Johnson & Johnson Covid-19 vaccine may benefit from receiving a booster dose of a different, messenger RNA vaccine, according to preliminary results from a US study published Wednesday. This study, funded by the National Institutes of Health (NIH), was eagerly awaited in the United States because it examines the possibility of “mixing” vaccines – that is, using a different vaccine for the dose. as a reminder that for the initial series – which is not allowed at the moment in the country.

Online harassment, death threats or even attempts to take action … For scientists who have spoken about Covid-19 in the media, the backlash has sometimes been violent. Read our article here.

5:50 am: “The health pass will not last forever” … but it will be extended

The French government wants to extend the “health pass” until July 31. The bill was presented to the Council of Ministers on Wednesday. If the executive has renounced compulsory vaccination, since August 9, the pass has conditioned access to a number of social spaces, such as bars and restaurants. Since August 30, it has also been imposed on 1.8 million employees in contact with the public.

Although the epidemic is largely under control, the government also wants to protect itself from any reckless lawsuits in the event of a resumption of contagion. “This is not to say that we extend the health pass until July 31”, wanted to reassure Gabriel Attal, the spokesman of the government, just that the government “gives itself the possibility of using it” . He added: “The health pass will not last forever.”

50.94 million French people have received at least one injection

Since the start of the vaccination campaign in France, 50.94 million people have received at least one injection (i.e. 75.6% of the total population) and 49.36 million now have a complete vaccination schedule (73.2% ).

5:47 am: The number of hospitalized patients in France is still decreasing

The number of hospitalized patients in France is still decreasing, with currently 6,601 people receiving care (-28 in 24 hours). Among these patients, 1091 (-20 in 24 hours) are in critical care services, which welcome the most severely affected patients. Finally, Public Health France recorded 27 deaths linked to Covid-19 on Wednesday.

What to remember from Wednesday

5:45 am: Hello everyone and welcome to this live stream dedicated to the news of the Covid-19 pandemic in France and around the world.

One thought on “Live | Covid-19: Elisabeth Borne does not rule out the loss of the health pass for those who refuse the third dose – Bien Public”