Presidential 2022: Anne Hidalgo has 10 days to reverse the trend – The HuffPost 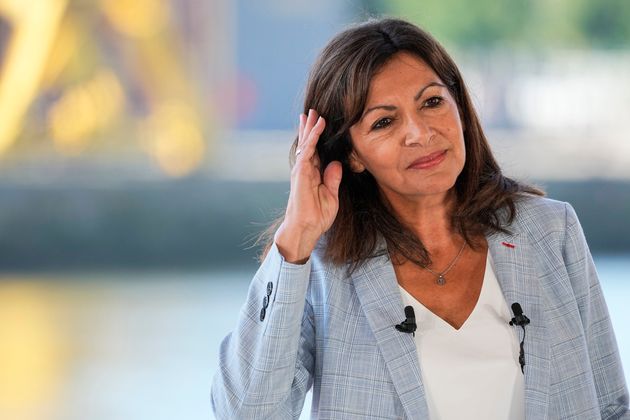 POLICY – It’s a date checked off in his calendar. This Thursday, October 14, Anne Hidalgo will be, except huge surprise, designated candidate of the Socialist Party for the presidential election, at the end of an internal vote which sees her face the mayor of Mans Stéphane Le Foll and whose result does not suffer from any suspense. A “step” aimed at “bringing together the socialist family”, according to its campaign director Johanna Rolland, who intervenes while the Hidalgo rocket remains nailed to the ground.

Since his statement of September 12, the mayor of Paris did not exceed 6% in the voting intentions. In a Harris Interactive survey published this Wednesday, October 13 by Challenges, the socialist councilor vegetates at 5%, losing one point over a week.

Mechanical result observable in our poll compiler, the elected Parisian seems trapped in a negative dynamic. It is credited with 5.4% on average in the last five surveys, its lowest score since the end of August. She was left behind by two points by the ecologist Yannick Jadot and more than three points by Jean-Luc Mélenchon, who was in the lead on the left.

It must be said that its introduction was rather complicated. After having kept the blurry for many weeks, Anne Hidalgo finally took the plunge. This delighted her political opponents, who had a good time reminding her of this commitment made during the 2020 municipal campaign, when she repeated that she did not would not run for the Élysée. Since? Things have only deteriorated for the mayor of Paris. In the days following his announcement, several former ministers of François Hollande took great pleasure to torpedo his candidacy.

Then it was another former member of the previous five-year term, Arnaud Montebourg, who ridiculed the non-aggression pact sealed with Anne Hidalgo to qualify her as “spiritual daughter of François Hollande”. Which, in the mouth of the former Minister of Productive Recovery (who is even lower in the polls) is anything but a compliment.

Anne Hidalgo has certainly succeeded in bringing the issue of teacher remuneration into the debate, by proposing to double it over a five-year term. But this proposal, judged electoralist or even “demagogic” by his political opponents, hard to convince with those concerned, who doubt the feasibility of the maneuver. And while environmentalists have chosen a candidate who could occupy the same political space, the mayor of Paris tried to divide with the ecologists, who nevertheless count among his majority at the Hôtel de Ville, by proposing in particular to lower the price of gasoline.

A bundle of difficulties that weaken Anne Hidalgo, since her presidential campaign is even the subject of attacks within the Council of Paris, whether coming from the right, but including green benches, which somewhat annoyed the mayor of Paris (video below).

Despite a campaign on the wrong foot, his entourage plays the card of serenity. “Anne Hidalgo indicated that the weeks following her declaration would be weeks of immersion to reconnect with the French who have moved away from politics. A time of listening, of dialogue, no doubt, less spectacular than a boxing match with Eric Zemmour. But another stage will open ”, retorted a few days ago in The world Mathieu Klein, socialist mayor of Nancy, in charge of the program in the candidate’s team.

As for the polls at half mast, we swear among the Socialists not to pay attention to them. “I always take the example of the mayor of Montpellier, who was at 7% in the polls, he was predicted the worst things, and he was re-elected”, retorted the president of the PS group in the National Assembly Valérie Rabault.

At the Socialist Party, we are banking on another meeting to give another dimension to the candidacy of the mayor of Paris: the investiture convention which will take place on October 23 in Lille, at Martine Aubry’s, who saved her seat on the wire facing environmentalists during the last municipal elections. Quite a symbol, while the ecologists would see Anne Hidalgo rallying to Yannick Jadot. To avoid this dark scenario for the rose party, the mayor of Paris has only 10 days to restart the machine.

See also on The HuffPost: Anne Hidalgo wants to double their salary? These teachers do not believe his “nutty promises”

Strike at the SNCF: the call for the mobilization of the drivers of the TGV Atlantique line is lifted for the weekend – franceinfo

To obtain Assange, the United States seeks to reassure his fate – archyworldys

One thought on “Presidential 2022: Anne Hidalgo has 10 days to reverse the trend – The HuffPost”