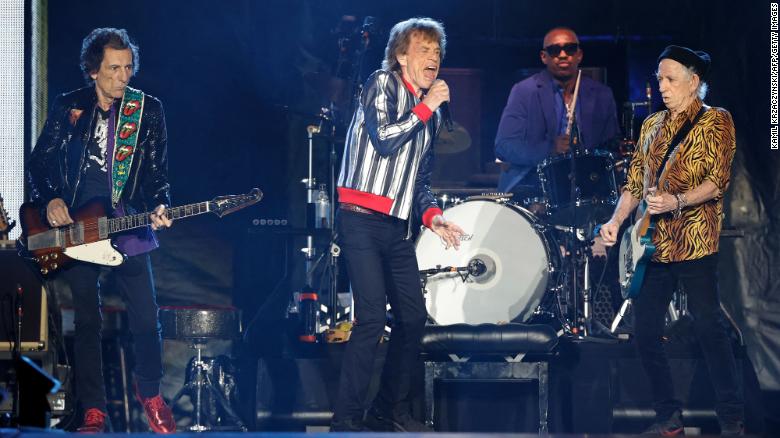 (CNN) – The Rolling Stones have stopped playing their classic song “Brown Sugar,” which begins with a slave narrative and sexualizes young black women.

Mick Jagger told Los Angeles Times that the band had gradually removed the song from their concerts.

Keith Richards told the newspaper that he hopes to play some version of the song in the future.

“I’m trying to find out with the sisters where the problem is. Didn’t they understand that it was a song about the horrors of slavery? But they are trying to bury it. At the moment I don’t want to get into conflict with all this shit,” he said. “But I hope we can resurrect the girl in her glory at some point.”

The Rolling Stones perform on September 26, 2021 in St. Louis, Missouri. In an interview, the band members have said that they will no longer play “Brown Sugar”.

Released in 1971, the opening lines of “Brown Sugar” refer to a woman who was sold into a slave and flogged around midnight. The chorus of the song includes “brown sugar”, referring to black women, asking “How do you taste so good?”

Critics have denounced the song for years, condemning its violent and stereotypical portrayal of black women.

“I would never write that song now,” Jagger told Rolling Stone in 1995. “I would probably censor myself.”

The Rolling Stones are currently on their “No Filter Tour”, with stops in North American cities scheduled through November. It is the group’s first tour since the death of the band’s late drummer, Charlie Watts.

Paris: return to normal at Gare du Nord after a bomb threat – franceinfo

Sino-German imbroglio around a biography of Xi Jinping