“At the hospital, they were shocked to see a two-month-old baby”: eclipsed by the Covid, bronchiolitis is back – La Montagne 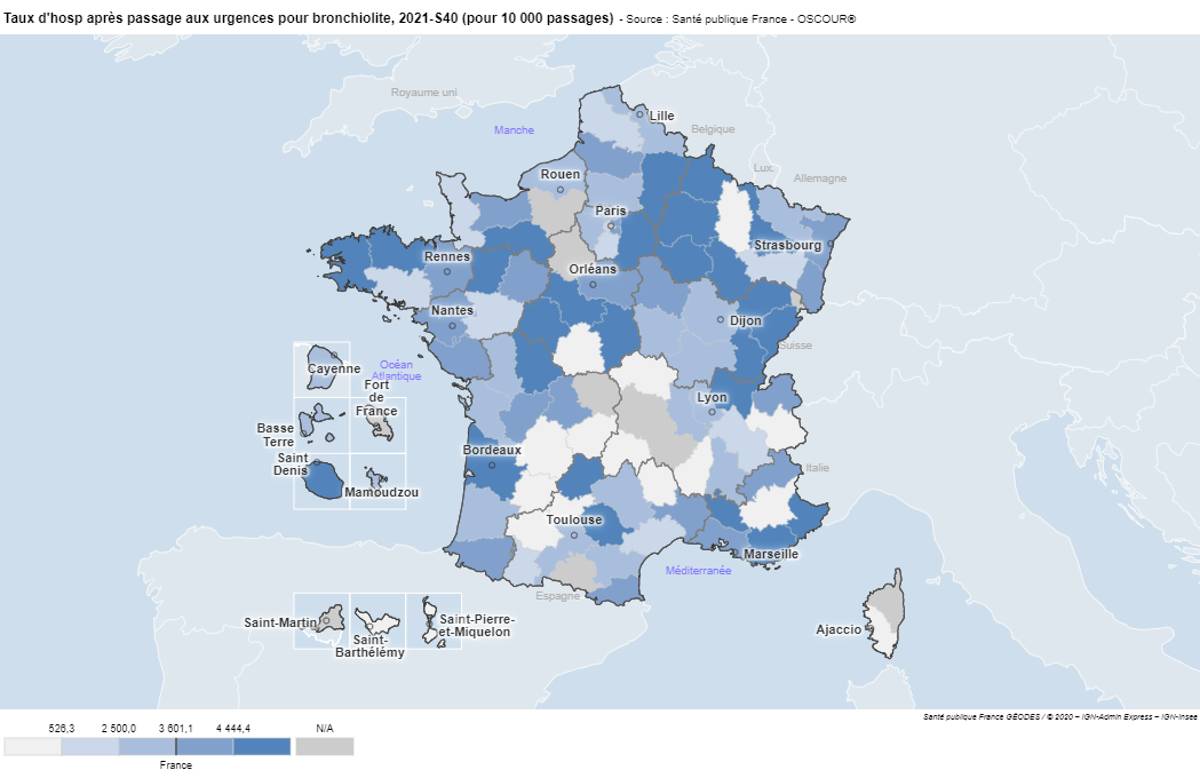 There, Baptiste, a 2-month-old infant, was placed on oxygen for four days. “It’s been three weeks today that he was hospitalized. The pediatric ward was a little shocked to see a 2 month old baby with bronchiolitis when it appears more in November and around 6 months normally. “

Today the child is better. “But he is still ill,” sighs the mother of the family, living in Brignoles (Var). My oldest daughter had been ill the week before; she must have passed it on to him. And it turned into bronchiolitis. ”
The epidemic of bronchiolitis, a respiratory disease of viral origin which mainly affects children under the age of 2, is making a comeback in France. 1,278 children under 2 years of age were seen in the emergency room for bronchiolitis the week of September 27 to October 3, 2021 in France. 460 of them, or 36%, were hospitalized.

Three regions have been placed under surveillance by regional health agencies: Île-de-France, which reactivated its crisis cells this week because of a wave of bronchiolitis, Grand-Est and Hauts-de-France , which have entered the pre-epidemic phase.

To see the map in full screen, click here

“We retain a level of passages higher than the 3 previous years for bronchiolitis,” notes Public Health France, which notes in its latest surveillance bulletin (here in PDF) that the number of emergency room admissions for the week of September 27 to October 3 increased by 23% while SOS Médecins also recorded an increase in the number of procedures for bronchiolitis (+ 13%).

To view the graph in full screen, click here

Romain Basmaci is head of the pediatric emergency department at the Louis-Mourier hospital (AP-HP) in Colombes (Hauts-de-Seine). He notes “a sharp increase for three weeks in pediatric emergencies in Ile-de-France: severe asthma attacks, gastroenteritis … For bronchiolitis, it started at the end of September, but for a week, we have a number of passages as if it were mid-November! “

Result : pediatric resuscitation capacities in Ile-de-France are starting to be saturated. “All the places have been occupied for a few days. Suddenly, we do as we can, but this is only the beginning of the epidemic … “sighs the pediatrician.

Installed in Chamalières (Puy-de-Dôme), his colleague Pierre Roussel also said to observe “an epidemic which arrives much earlier: usually, it is November-December and there, from mid-September, two weeks after the back to school, we saw bronchiolitis arrive and, generally, respiratory ailments in older children, with many asthma attacks and wheezing episodes in older children. “

Reason for this early arrival of the bronchiolitis virus? Covid-19, which isolated babies from external infections, making their immune defenses weaker. In his last avis, the Scientific Council notes that “the epidemic of bronchiolitis could be large taking into account a significant acquired collective immunity deficit for children born after March 2020. “

The favorable epidemiological situation of SARS-CoV-2, the lifting of restrictions on international transport, and the poor application of barrier measures will once again allow the viral circulation of the respiratory syncytial virus (RSV) and the influenza virus in the regions. months to come.

“We had planned it [cette épidémie de bronchiolite], but we were not listened to ”, regretted on franceinfo this Wednesday, October 13, Professor Robert Cohen, pediatrician-infectious disease specialist at Créteil Hospital and president of the National Professional Pediatric Council. For him, we are not in a situation of “saturation”, but this epidemic of bronchiolitis “comes in a very difficult context”.

One thought on ““At the hospital, they were shocked to see a two-month-old baby”: eclipsed by the Covid, bronchiolitis is back – La Montagne”