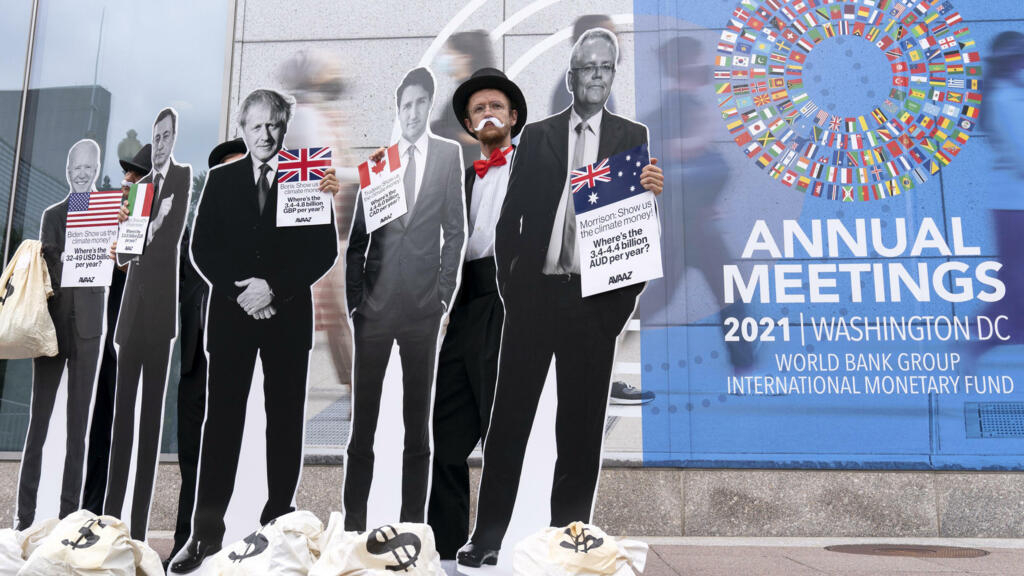 Many products are now scarce in stores, due to logistics problems in delivering them. Fearing rising inflation and slowing global growth, the IMF and G20 are committed to finding solutions.

The supply problems were caused by a rebound in demand for logistics transport with the post-pandemic recovery and by labor shortages. They affect many countries and have led the International Monetary Fund to revise downward growth forecasts for the United States, China, Germany and the United Kingdom.

“G7 finance ministers and central bank governors have agreed to work together to monitor pressures on supply chains,” they said in a statement after a meeting in the US capital.

>> To read also: “The recovery of the world economy delayed by unprecedented shortages”

The disruption of supply chains is such that US President Joe Biden has pushed the Port of Los Angeles, where 40% of containers destined for the United States arrive, and the American Dockworkers Union to agree to work more nights and weekends. ends to reduce queues that slow down the delivery of many products.

Several companies, including Walmart, FedEx and UPS, have also pledged to work more at night to speed up the movement of their containers out of ports.

These measures “are going to be a game-changer,” commented Joe Biden, adding that the United States “should never again be unable to manufacture” the products it needs because of shortages.

The restart “will take a long time”

The bottlenecks will weigh on the growth dynamic “in the months and years to come”, had previously deplored the French Minister of Finance, Bruno Le Maire.

“The answer lies in one word: independence,” he added, referring to the current dependence of Western industries on Asia.

Along with energy prices, this issue was at the heart of the G7 and G20 meetings. British Finance Minister Rishi Sunak, for his part, called on the G7 Finance, of which he holds the presidency until the end of the year, to a global action on this crisis.

While his country is particularly affected by these dysfunctions, further aggravated by Brexit, Rishi Sunak pleads for better “coordination” to make supply chains “more resilient”.

>> To read also: “The shortages in the United Kingdom, the result of a ‘Brexit too fast'”

“Our estimates suggest that 8.5% of global container transport is blocked in or around ports, double that of January,” said David Malpass, president of the World Bank. These disruptions drive up the cost of goods and shipping costs, increases that sometimes, for him, “will not be transient”.

Restarting supply chains “will take time,” said the governor of the Italian Central Bank, Ignazio Visco, during a press conference of the G20, of which Italy is presiding. . But he expects that in the coming months the bottlenecks will “fade and prices will fall”.

He admitted, however, that there was “debate” within the G20 on the possibility that, for certain products, supply problems are taking root. “We have to understand if there are more structural factors,” he noted.

Many products are scarce in stores, especially in the United States, from bicycles to tennis balls to cell phones. There are many causes of the problem. Production is still regularly disrupted by peaks of contamination since the start of the Covid-19 pandemic while demand is strong.

In addition, many companies struggle to recruit for critical positions in the supply chain, from material handlers to truck drivers. A major source of concern for governments: these disturbances are fueling price hikes, especially for energy.

Faced with prices weighing on households, the IMF on Wednesday recommended taking targeted measures to help the poorest households and not resorting to generalized subsidies which are “very expensive and benefit rich households”.

Moreover, “they lead to very negative incentives for the environment” by supporting the consumption of polluting energies, underlined Paulo Medas, an official of the IMF.

“We need to accelerate the energy transition to become less dependent on fossil fuels, it is the only long-term solution” to the problems of price volatility, underlined Bruno Le Maire.

One thought on “Shortages: IMF and G20 promise to tackle logistics issues”