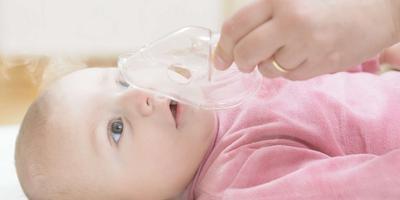 In one week the situation has radically changed: the epidemic of bronchiolitis has seized a little suddenly and prematurely in Île-de-France and the Grand Est. Nouvelle-Aquitaine is in a pre-epidemic situation

Bronchiolitis surveillance indicators have been on the rise in recent days in Île-de-France and in the Grand Est. It is now official, these two regions are in the grip of an epidemic situation.

Public Health France indicators reveal “A quicker and earlier start” bronchiolitis virus circulation compared to previous years. Among the 1,779 children under 2 seen in the emergency room for bronchiolitis, 36% had to be hospitalized.

In Nouvelle-Aquitaine, the surveillance indicators show a certain precocity compared to previous years. The region is entering a pre-epidemic phase.

#Bronchiolitis | ⚠ Since the end of September, bronchiolitis surveillance indicators have been on the rise again in the region, at an early stage compared to previous years.
❗ The #newquitaine does not pass the pre-epidemic phase ❗
How to avoid it? ⤵ pic.twitter.com/RDGwoIUw03

“The bronchiolitis epidemic could be large given a significant acquired herd immunity deficit for children born after March 2020”, notes the Scientific Council in its latest report dated October 5.

Concerning the circulation of the virus responsible for bronchiolitis, “the amplitude of the 2020-2021 epidemic was much lower than that of the previous season, with a late start. “

In the current context of the epidemic, the surveillance of infant bronchiolitis for the winter season 2021-22 will make it possible to monitor the impact of the anti-Covid barrier measures still in force, and to study the possible contribution of Covid- 19 to the spread of bronchiolitis.

Ventilation of rooms (bedrooms and living room) as well as regular hand washing are among the recommendations that can help limit the risk of bronchiolitis in families.

Bronchiolitis: an early epidemic that worries

Every winter is marked by an epidemic of bronchiolitis. But the magnitude varies from season to season. Thus during the winter of 2020-2021, this epidemic was particularly weak due to the important respect of barrier gestures.

OM-PSG: removable nets at the Vélodrome during corners for Parisians – RMC Sport

One thought on “Bronchiolitis: New Aquitaine goes into a pre-epidemic phase – South West”