That photo exists, doesn’t he remember it? The investigation into Prince Andrew’s sex scandal will not continue! He hopes to return to public life, but according to William he is a threat – Diva.sk 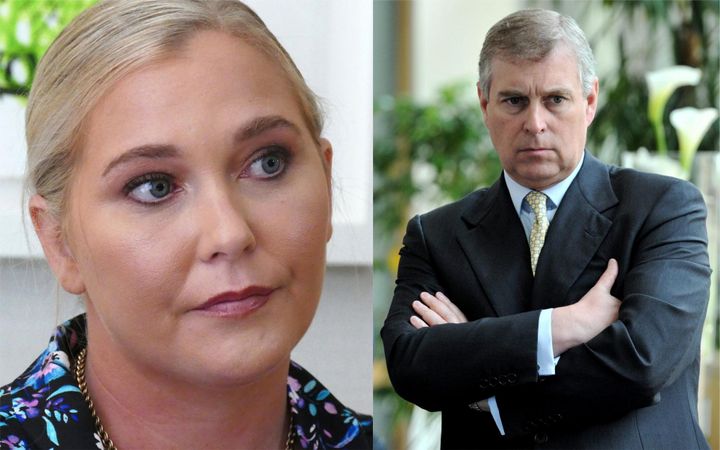 The sex scandal of Prince Andrew undoubtedly shook the royal family, but Elizabeth II. he continues to support his son. After the British police closed his investigation, he believes that he will resume his royal duties. What’s the difference between him and Harry, and why did William consider him a big threat to his family?

Virginia Roberts Giuffre sued Prince Andrew in New York in August, accusing him of sexual abuse, which was supposed to take place when she was still a teenager. Prince Andrew denies the blame and claims that he does not even remember meeting Virginia at some point in his life. However, there is a photograph that proves the opposite …

The indictment alleges that between 1999 and 2002, Prince Andrew was to force Virginia to have sex three times. “I hold Prince Andrew responsible for what he has done to me. The powerful and the rich are not relieved of responsibility. I hope that the other victims will see that it is not possible to live in silence and fear, but they will regain their lives only by expressing themselves and demanding justice, “said Virginia Giuffre. She claims to have sexually abused her on three different occasions when she was 17 – in London, New York and the Caribbean island of billionaire Jeffrey Epstein.

After reviewing the documents and evidence related to the US court case, the London authorities decided not to pursue the investigation and would take no further action against Prince Andrew. However, the police service continues to liaise with other law enforcement agencies investigating Jeffrey Epstein’s affairs. The well-known sex offender, financier and allegedly also a pedophile was supposed to be a friend of Prince Andrew and was also the subject of the Queen’s crisis conversations, in which Prince William also took part. They discussed the future of Prince Andrew in the monarchy, the performance of his duties, his friendship with Epstein, and the serious accusations that tarnished the name of the whole family.

A source close to Andrew for People magazine He said: “It is no surprise that the British police have confirmed that no further action will be taken after the third investigation into allegations of sexual assault against the duke. Despite media pressure and new evidence, the investigators concluded that the allegations were not sufficient to justify any further investigation. The duke has always vigorously claimed to be innocent and continues to do so. ”

The prince and the exemplary father do not remember the photo with Virginia?

Prince Andrew withdrew in 2019 and decided to relinquish his royal duties. In an interview with the BBC at the time, he defended himself: “I don’t remember ever meeting this lady at all. It simply never happened. ” To one of Virginia’s claims that he danced with her at the exclusive London nightclub Tramp before alleged sex in a mansion in Belgravia, the duke responded: “No, that couldn’t happen because I was home with the children that day.”

Prince Andrew with wife Sarah Ferguson and daughters Beatrice and Eugénia in 1999.

When a BBC presenter drew attention to a photograph of a prince with his arm around the waist of Virginia – she was allegedly taken to the London house of Ghislaine Maxwell (girlfriend of the late Jeffrey Epstein) on March 10, 2001, when she was 17 – Prince Andrew claimed that the meeting does not mention. “I don’t remember the photo ever being taken,” he said, then questioned the authenticity of the photo itself., because unlike a regular suit and tie, he only wears a shirt. He even indicated that his left hand in the photo had been adjusted to be on her waist. “We can’t be sure it’s my hand.”

Prince Andrew and Virginia Giuffre in a photo to prove he met her.

In William’s eyes, he poses a threat

According to resources Prince William is not a right fan of his uncle Andrew. The prince was forced to resign from public office in 2019 after crisis talks over his friendship with convicted sex offender Jeffrey Epstein. He was not even in the official photographs of his daughter Princess Beatrice’s wedding in 2020 and did not return from Scotland when her first child was born on September 18, 2021.

According to royal experts, then Queen Elizabeth II, Prince Charles and William decided to withdraw Prince Andrew to the background, which everyone agreed. And although Andrew now believes that he will return to public life after the British police say, no one in the family is in favor and no changes are planned in his case.

Prince Andrew, Prince Harry with Kate and Prince William during a memorial service on the occasion of the end of combat operations in Afghanistan at St. Paul’s Cathedral in London, March 13, 2015

Any sign of ingratitude to the institution, anything that might lead someone in public to believe that older members of the royal family are not grateful for their position, is truly dangerous, according to William. Because Prince Andrew’s scandal affects the whole family, William sees him as a threat to the monarchy, so we probably can’t expect him to ever return to his royal duties.

The queen has a weakness for her son

Some were outraged by the approach of the queen, who has to continue to finance her son because he himself is insolvent. Elizabeth II he is also to be provided with funding for lawyers, and it is assumed that if the US court ruled that Andrew had to compensate Virginia, it would again come from the Queen’s money. The amount she has invested in it is said to be in the millions. It has also been said in the past that Andrew is her pet and has a weakness as a mother.

Jeffrey Epstein has been accused of sexually abusing underage girls. His then girlfriend Ghislaine Maxwell was also supposed to help him:

Jeffrey Epstein’s case is still alive: New charges have been brought against his ex-girlfriend

Who is ‘Otoniel’, the new drug lord heir to the big cartels

One thought on “That photo exists, doesn’t he remember it? The investigation into Prince Andrew’s sex scandal will not continue! He hopes to return to public life, but according to William he is a threat – Diva.sk”