High gas prices have put the well-known Slovak factory in a coma state: The director criticizes, the damage will be high! – Topky.sk 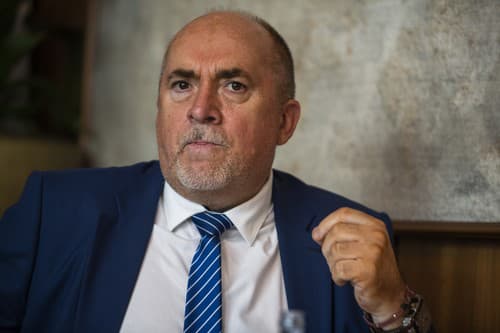 The fact that the company is struggling with high gas prices and therefore closes most of its production was confirmed to us by its director Petr Bláha. Duslo Šaľa as belongs to the Agrofert concert and its primary focus is the chemical production of industrial fertilizers and other compounds. He has been working in Slovakia for decades.

Production is currently at a technical minimum, confirms the director

“We have limited production (so far) to the technical minimum, and we cannot rule out that we will shut it down completely,” the Czech director Bláha confirmed the current condition of the factory. Behind the whole problem is the exponentially rising price of gas. At the same time, Bláha only mistakenly indicates how long this state will continue.

“Depending on the development of natural gas prices, the sales prices of fertilizers and technical products on the European market and whether the Slovak government will take any steps that would help keep media prices at a reasonable level,” stated the head of the factory.

Where did it start and what will be the damage?

Bláha also marked some causes and bases of this whole problem. “Probably speculation in commodity markets and emission allowances, as well as a senselessly fast and unprepared transition of the EU to renewables,” described the situation of Bláha.

We were also interested in how he saw it with possible damage, if such a situation continues. “The damage is and will be high and inflation will not be just single digits,” worries the worst director Dusl Šaľa.

The Slovak company Duslo, which is the largest producer of AdBlue products for diesel engines and urea, is currently fulfilling its contractual obligations to customers, but is currently rejecting new customers, which was also confirmed by Bláha at a press conference. Some products used in health care may be missing, as long as there are no fertilizers on the market, we will see a decline in yields, rising prices for agricultural products and food. “We find ourselves on the threshold of brutal inflation, which no one remembers here at the moment,” Bláha thinks.

In this situation, we also contacted the Ministry of Economy about how it wants to deal with the situation. “The Ministry of Economy has been working systematically for a long time and systematically to mitigate the effects of high energy prices for both households and Slovak industry. In cooperation with ÚRSO and other competent institutions the measures concern the reduction of the price for the distribution of the so-called tariff for the operation of the system, ” Sulík’s resort told us.

Some payments are scheduled to be canceled

Among other things, according to the ministry, the expenditure on the tariff for the operation of the system (TPS) has already been reduced by EUR 60 million per year by prolongation in the case of photovoltaic subsidies. According to its own words, the Ministry of Economy is already preparing a proposal to adjust the amount of contributions to the National Nuclear Fund. “Respecting the interruption of the collection of this levy during the years 2022-2023, which will bring savings of 72 million euros. This savings will also be reflected in final energy prices. We also plan to cancel TPS payments for electricity produced for own consumption after 2023. ÚRSO should year to charge TPS by bands depending on electricity consumption, which should ensure lower fees for large customers depending on real consumption, “ promises the resort.

The Ministry also expects a reduction in transmission and distribution fees for next year. They also propose to introduce multi-source financing of RES support from Envirofond’s income. At the same time, the ministry is negotiating with the Ministry of the Environment and the Ministry of Finance to ensure that the greater part of the Envirofond funds obtained from the proceeds from the sale of emission allowances is returned to energy-intensive companies. “We remind you that the final decision on the amount of prices will be published by ÚRSO and the changes will take place on January 1, 2022,” closed Sulík’s resort.

In Paris, a ceremony to record the restitution in Benin of 26 works from the royal treasures of Abomey – archyde

One thought on “High gas prices have put the well-known Slovak factory in a coma state: The director criticizes, the damage will be high! – Topky.sk”