From screen to video projector: Acer wants to equip gamers from floor to ceiling – Frandroid 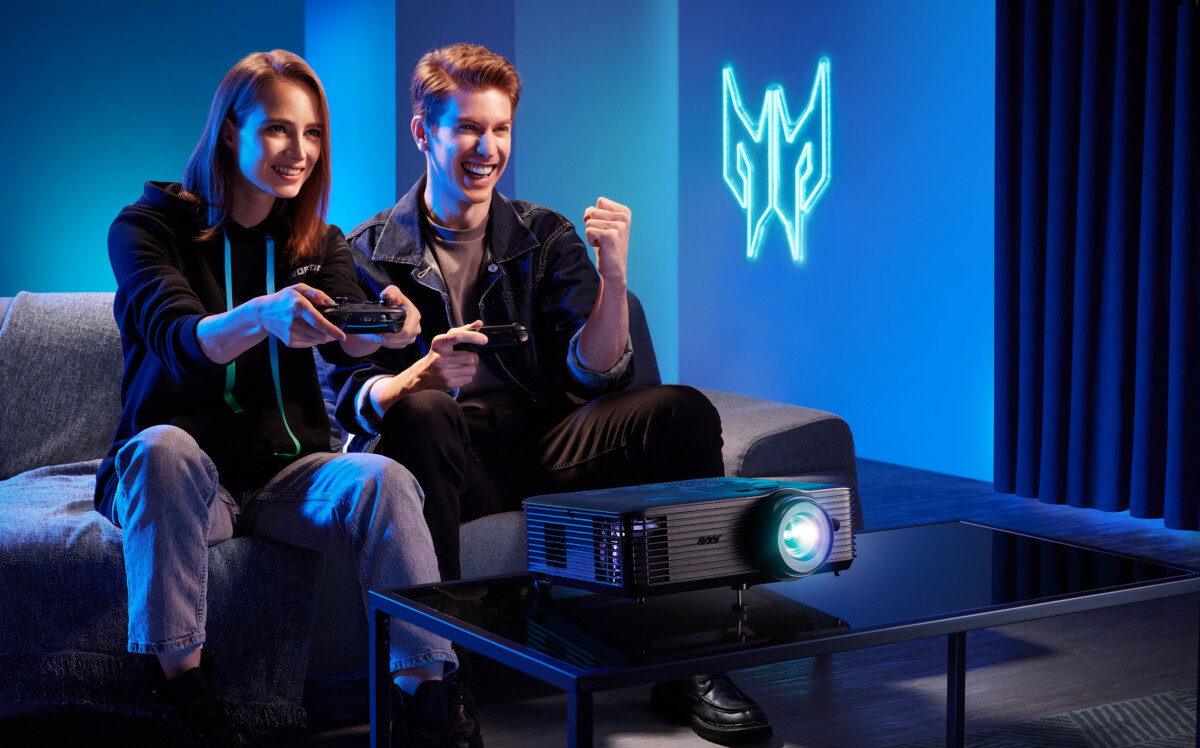 Acer is renewing its ranges of monitors and video projectors dedicated to gaming, notably with a 4K ultra-short throw laser projector, the Acer L811.

Acer suddenly unveils various display products dedicated to gamers. The most interesting of the lot is undoubtedly the 4K projector L811, so much the idea of ​​playing on a video projector still belongs for many to the domain of science fiction.

So let’s focus on what this Acer L811. This is an ultra-short throw laser projector, compatible HDR-10. The brand promises a brightness of 3000 cd / m² with adaptive brightness thanks to Acer LumiSense. If the displayed contrast ratio is not infinite as on OLED, it is still 2,000,000: 1. 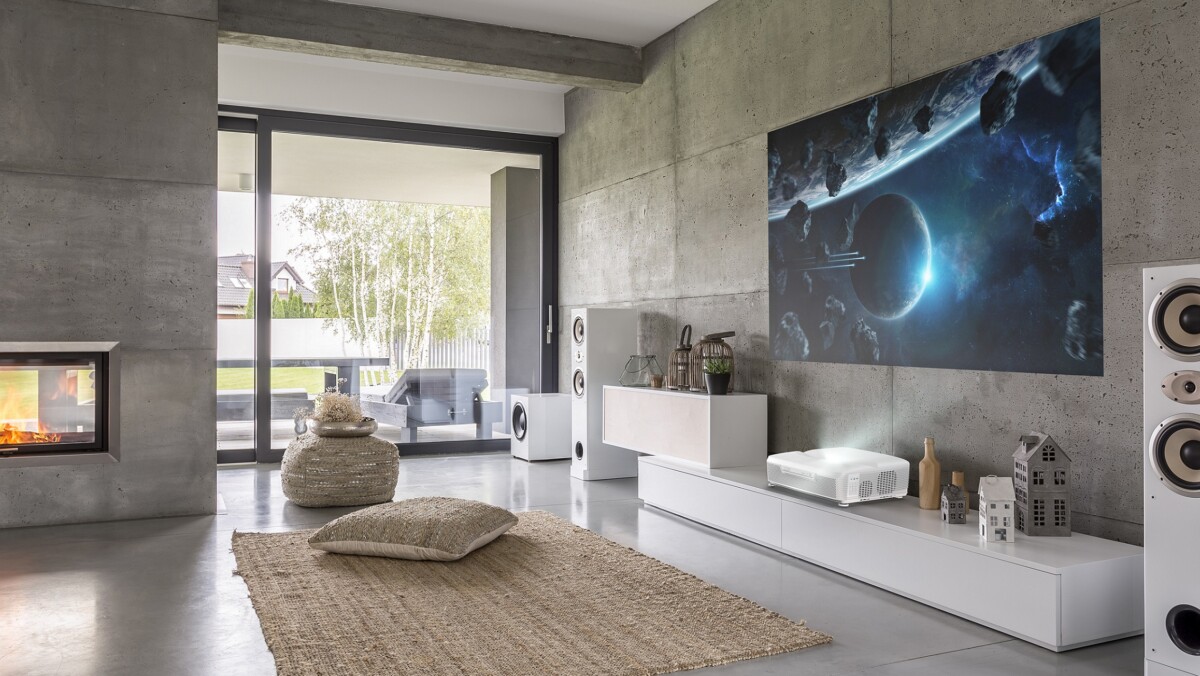 And if you already imagine yourself having to install this projector several meters away from a white wall, you are wrong, since this is a very short-distance projector. According to Acer, it can display a diagonal of 120 inches with a setback of 31.2 cm.

SVoD and gaming made easy

Like connected televisions modern models, the Acer L811 comes with an Aptoide TV application portal, which provides to SVoD platforms. Another usable channel for broadcasting content: Mirroring is possible via Miracast for Android and Windows users and Eshare for those on iOS.

That’s all well and good, but how is it a gaming projector? We come there precisely. The brand promises a input lag (time between the moment a key is pressed and the moment the action occurs on the screen) reduced and a refresh rate of 240 Hz at 1080p. 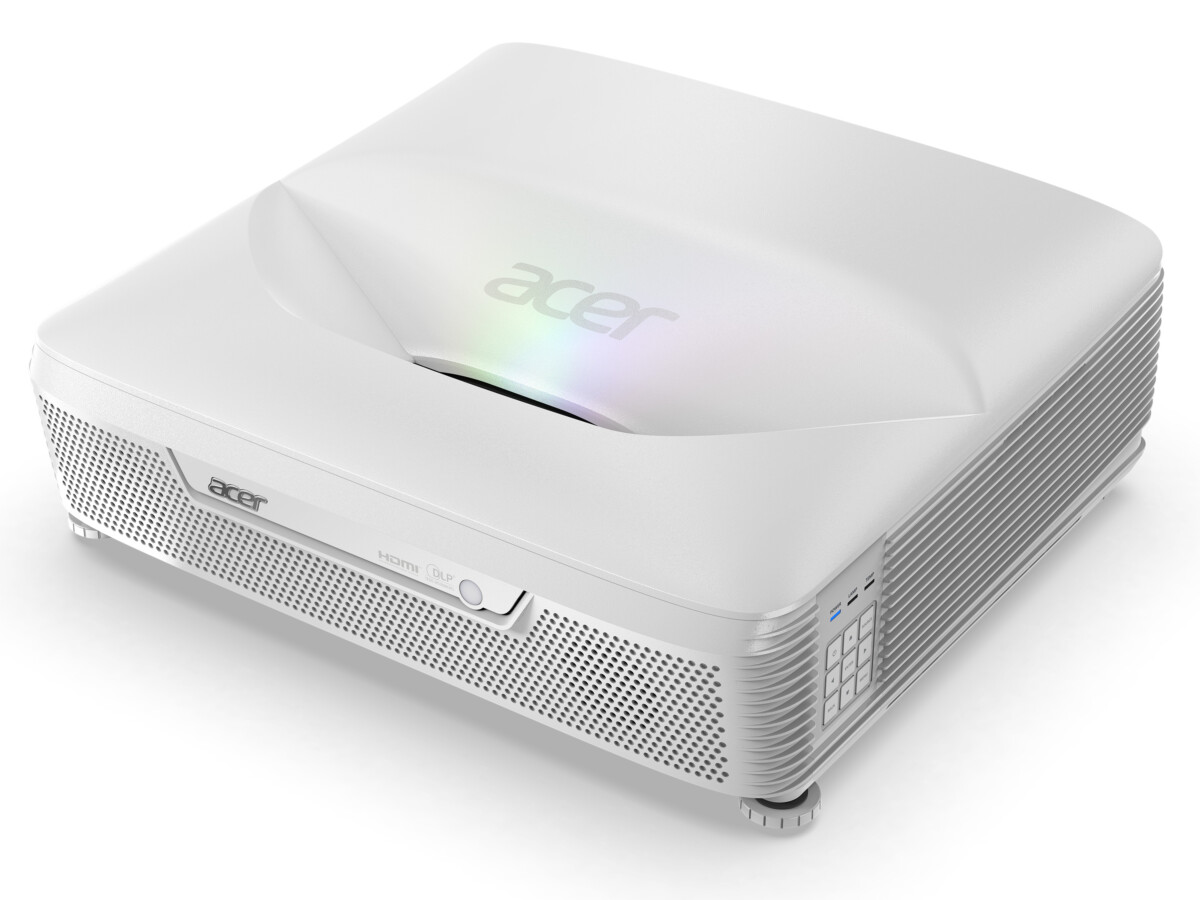 If this projector seems a bit too expensive to you, Acer has also announced two other more accessible, but also more classic, video projectors. However, they are both intended for in-game use.

the Predator GD 711 displays a 100-inch image at a distance of 2.7m and has a 10W speaker and remote control. The connection is provided by two HDMI 2.0 ports, three conventional USB ports.

The other projector announced by Acer is the GD712. This is a variant of the GD 711 that we have just described, but in a lamp projector version. It offers 4K resolution and a maximum brightness of 3600 cd / m².

The Predator GD 711 and GD 712 are respectively offered at prices of 1499 euros and 1399 euros. They will be available in December 2021 for the first, and January for the second.

The monitors still have some play

For those who would prefer to play on a monitor, Acer also presented two PC gaming screens.

The first bears the sweet name of Nitro XV272U KF and displays a WQHD definition of 27 inches, for a refresh rate of 300 Hz. It is compatible with AMD FreeSync Premium and displays a response rate of 0.5 ms. Acer also added its in-house Black Boost technology, which should improve shadows.

the Nitro XV272U KF is DisplayHDR 600 certified and covers 90% of the DCI-P3 color gamut according to Acer, which promises a delta E below 1. If so, then it could be a high-precision monitor in terms of color rendering.

In terms of user comfort, this monitor is equipped with an Ergostand adjustable foot, the inclination, height, but also rotation and pivoting of which can be adjusted.

And an IPS panel

Second monitor presented by Acer: theAcer CB273U. This is a 27 inch WQHD IPS panel with 8 bit color depth. It also means that it is HDR-10 compatible. Here again Acer announces a delta E of less than 1.

On the responsiveness side too, you should be served with AMD FreeSync compatibility and a 1ms response time.

This monitor can also be very useful for teleworking: it has a docking station with a 90W USB Type-C port which can charge a Laptop PC, an RJ45 Ethernet port and a KVM switch. This tool could for example make it possible to switch from a gaming PC to a work PC for example.

Covid-19: towards vaccination of children aged 5 and over in the United States – archyde

Angelina Jolie at the premiere of Eternals and a failed haircut – Pluska.sk

One thought on “From screen to video projector: Acer wants to equip gamers from floor to ceiling – Frandroid”