Concacaf qualifiers heading to Qatar 2022: matches and schedules for this Wednesday 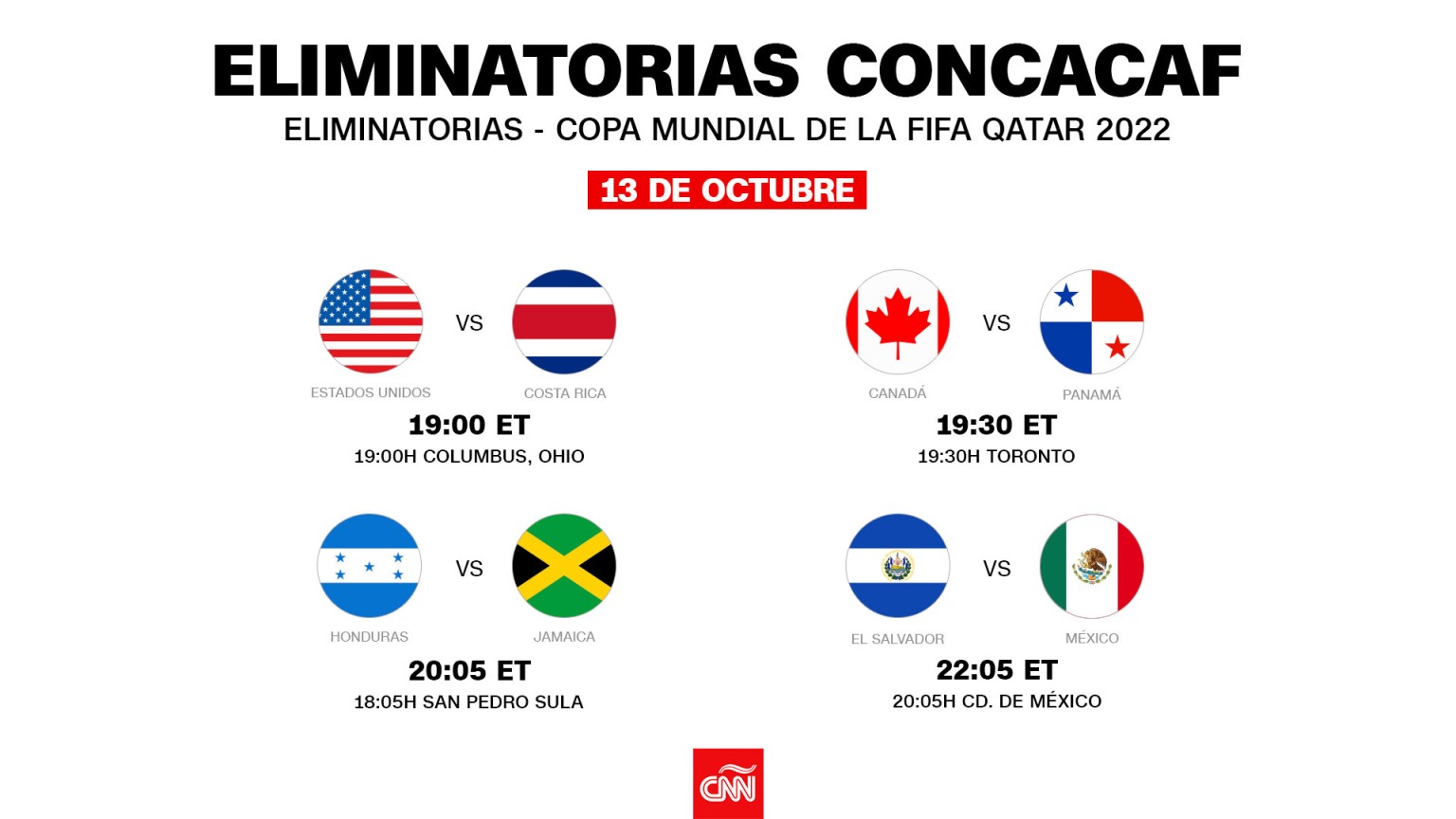 Mexico did not disappoint against Honduras 2:20

(CNN Spanish) – With Mexico as the only leader, and the United States and Panama on the prowl, this Wednesday the 6th day of the octagonal final of the Concacaf qualifiers will be played, which grants 3 direct places to the Qatar 2022 World Cup and a place for a playoff.

This Wednesday will be the last day of the triple date that began last week, which ratified the parity between most of the teams, with Panama and Canada as the main surprises.

Mexico (11 points), led by Argentine Gerardo “Tata” Martino, maintained the lead up to here, after equaling at home with Canada (7) and achieving a resounding victory against Honduras (3), also playing at the Azteca stadium. Now he will visit El Salvador (5).

The United States (7), one of the guards of the “Tri”, beat Jamaica 2-0 (last with 2 points) on Thursday, but fell on Sunday while visiting Panama. This Wednesday it will be local to Costa Rica, which with 6 points is in an expectant position.

Panama (7) is one of the surprises of the qualifying rounds, since so far it is among those classified for Qatar 2022, in what would be its second participation in the highest event in world football, after playing the 2018 Russia tournament.

Those led by the Danish Thomas Christiansen, in addition to the victory against the United States, lost to El Salvador as a visitor on Thursday. This Wednesday they will visit Canada.

The remaining meeting of the 6th. matchday will be the one between Honduras and Jamaica, the last two in the standings.

This Wednesday’s matches and the Concacaf standings

Poland, Merkel: “EU treaties were known, they ratified them”

One thought on “Concacaf qualifiers heading to Qatar 2022: matches and schedules for this Wednesday”