Xabi Alonso conquered everything as a player, how will he be as a coach? 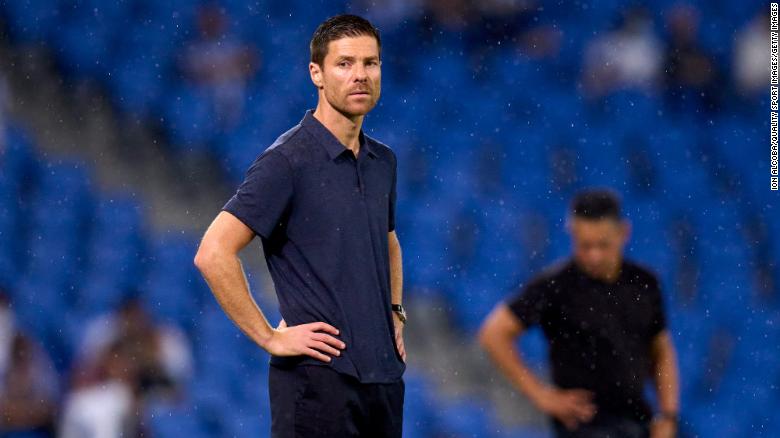 But now embarking on his coaching career, Alonso is taking things one step at a time.

“I don’t have a time frame for my career,” Alonso, who is coach of the Real Sociedad de Fútbol B team, told CNN Sport.

“I feel like my step is here because I’m in no rush to get to the top level. I know that at some point, if I keep doing it right, it will come.”

Alonso did very well – better than most – as a player.

When he decided to retire in the summer of 2017, Alonso left soccer having won every major world soccer trophy he could have won.

Won several national league titles with him Real Madrid and the Bayern Munich and a couple of Champions League crowns (with Liverpool and Real Madrid).

And with Spain, the 2010 World Cup and two European Cups.

As a player, Alonso was always the team’s conductor. Renowned for his technical prowess, passing precision and tactical play, Alonso dictated the pace and tempo of matches almost like a human metronome.

“He was already acting as a coach when he played,” says former teammate of the Spanish team and Liverpool, Luis García.

Alonso began his career as a player at Real Sociedad. In the photo, Alonso (right) competes with Carlos Gurpegui (left), from Athletic Bilbao, during a 2004 derby.

From San Sebastián, where he now lives and works, Alonso describes himself as a player who was like a coach on the field.

“Sometimes the coach doesn’t have time to give instructions on the field. So you need the players to be able to make those decisions when you play so fast. And that was my job, and that’s why that process came naturally to me. of trying to be a coach. “

To begin his new career, Alonso began training in the lower categories of Real Madrid, where he guided the under-13s to a championship, and now he has returned to the place where it all began for him, at Real Sociedad.

Although he has passed through the best football stadiums in the world and has been loved by Liverpool, Real Madrid and Bayern Munich, Alonso’s roots are firmly in the Basque region of northern Spain.

His father won the league with Los Txuri-Urdin (the blue and white) and also coached the team, so the club is in Alonso’s DNA.

“I started here, so it made all the sense for me to go back to my roots,” he says.

“So far, I learn a lot and the project we have at Real Sociedad is fantastic. And for me it is a great privilege and a pleasure to be here to work with young players and support their development.”

In August 2004, Alonso came to Liverpool from Real Sociedad.

The touch of Midas de Alonso has continued in the Society, as he has helped the B team, Sanse, to achieve promotion to the Spanish Second Division, but he says that his objectives are double at the club, since it is vital to produce as well. players for the first division. Real Sociedad is currently third in the League, tied on points with the leader, Real Madrid.

Alonso has been coached by various soccer legends. Together with Xavi Hernández and Andrés Iniesta, he formed the pivot of the Spanish midfield on which Vicente del Bosque relied to lead the national team to three great trophies, without forgetting that he played under the orders of Carlo Ancelotti, Rafa Benítez, José Mourinho and Pep Guardiola at the club level.

It’s a royal list of soccer coaches who have bequeathed different philosophies to the game.

“I was a midfielder, so I like control and I like my teams to control the game, to play football well, to be capable of being active with the ball and not waiting for the opening,” says Alonso about his own philosophy as a coach. “They have to be brave, be proactive, find things.”

Although he is still in the infancy of his career, many experts already predict a bright future for him.

“I think he can be as good as Guardiola,” says Spanish soccer expert Ernest Maciá, who has been watching Alonso play for his club and national team for years.

“Why? Because I think he is more flexible than Guardiola.”

Maciá saw Guardiola building his dynasty at Barcelona firsthand, so he knows the ins and outs of the Catalan coach, who has won a staggering 31 trophies to date between Spain, Germany and England.

“Guardiola tried to convince the Bayern Munich or Manchester City players of his own style. I think he is now a more mature coach, but I think Xabi Alonso will be from the beginning.”

“Guardiola was lucky to have the best generation of all time at Barcelona. Xabi Alonso will not have that luck, but he will be smart to adapt from the beginning to the type of team he has. And he knows it.”

Maciá says that Alonso “is going to train the national team for sure” and it would be a “very natural step”, but first we are likely to see him train in one of the European powers.

In addition to standing out as a footballer and coach, Alonso has the same talent for speaking several languages. You are fluent in Spanish, English and German, which will undoubtedly open many doors for you. Earlier this year, it was reported that Alonso was to become Borussia Mönchengladbach’s manager.

“I have seen the mistakes some players have made in the past going to high level positions almost immediately after playing and it did not work out. I think of Gary Neville and John Barnes as two examples,” adds Scales of the former Manchester United player, who briefly coached Valencia, and the former Liverpool great and Celtic coach briefly.

“It is not by divine right that a great player becomes a great coach, but Alonso is doing it slowly and methodically, learning the trade.”

“And as a former player possibly returning to Liverpool, I think it would be great. If you’ve played for the club, you understand the culture, you understand the history and you relate to the fans. You have an affinity for the team. It all points to great things,” he says Scales.

Philipp Lahm and Xabi Alonso celebrate winning the Bundesliga in May 2017.

Alonso, however, is quick to chill any conversation about a possible return to Anfield.

“I’m here in San Sebastian and the Liverpool fans greet me and I still feel that support. For me, that feeling in life is great. Right now, Jurgen [Klopp] he’s doing a great job, so I think the job is done, but surely Liverpool are top-notch, a top-notch club for me, very, very, special. “

OM-PSG: removable nets at the Vélodrome during corners for Parisians – RMC Sport

One thought on “Xabi Alonso conquered everything as a player, how will he be as a coach?”