The adoption of sidewalks has proved successful in Košice, volunteers will receive a higher reward – Korzár Košice 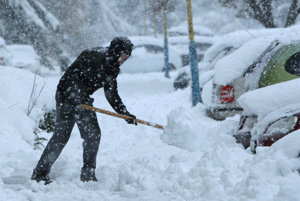 KOŠICE. After last year’s success of the Adoptuj pilot project, the city of Košice is launching its continuation on 20 October. From next Wednesday, it will be possible to re-register in the mobile application Winter Maintenance and adopt one of the 700 sidewalks.

The mayor of Košice informed about it at a press conference Jaroslav Polaček (independent).

With the help of the application, every Košice or person living here can adopt a sidewalk and participate in the manual removal of snow and ice in the winter months. The individual sections are usually from 47 to 53 square meters and their length reaches 30 – 35 meters.

“While in the past all winter maintenance was one of the most discussed topics in Košice, now it has completely changed. We have moved its quality to a higher level than before. I am glad that after the adopted changes and the involvement of the inhabitants in this project, unique to Slovak conditions, we did not notice any complaints about what the streets of Košice look like in winter, except for a few details, “said Polaček.

As the mayor added, more than 90 percent of the offered 600 sidewalks have been adopted by the last winter season, now it expects even higher interest. If they ordered the same services for cleaning 40 kilometers of sidewalks during the last season, for example in the company Kosit, the city would cost more than 500 thousand euros.

According to him, the financial savings exceeded the amount of a quarter of a million euros. The Smart cities association, several local governments from ZMOS, including the neighboring Prešov, has already been interested in the sidewalk adoption project.

To maintain the sidewalk, the city will provide each interested party with four 25-kilogram bags with spreading material and basic technical security – a broom, a shovel, a scraper, other tools will be purchased by each registered user of the application at their own expense. 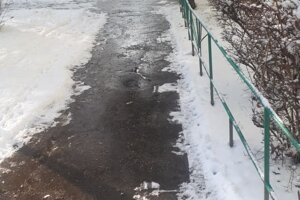 Related article He was cleaning the sidewalk. The people of Košice also scolded him for digging up early snow Read

So far, 700 sidewalks have been designated for adoption in the city, which is an increase of almost 17 percent compared to last season. The number of sidewalks may increase until the beginning of winter, and negotiations are currently underway on other sections suitable for inclusion in the project.

The reward for on-call duty for all those who have adopted and cleaned the sidewalks in the past season will be an increased flat rate from last year’s 180 euros to the current 220 euros. 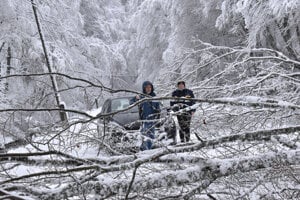 The responsibility will lie with the city

According to the coordinator of this project, Petr Berinšter, last year the people of Košice were mainly involved in the maintenance of sidewalks, but ten foreign students were also registered.

Of the total number of people involved, about 40 percent were women. As he said, the sidewalk that the volunteer wants to take care of should be as close as possible to his residence.

During the winter season, the SMS application notifies users that maintenance is required on their sections. Cleaning the sidewalk is evidenced by uploading photos before and after cleaning.

He reminds that the city as the administrator of the road, which is insured, and not the user of the application, who takes care of them during the winter, remains responsible for possible pedestrian injuries on the adopted sidewalks.

One thought on “The adoption of sidewalks has proved successful in Košice, volunteers will receive a higher reward – Korzár Košice”