OPINION | If you simplify just one thing from your day you will be surprised: what I learned wearing the same dress for 100 days 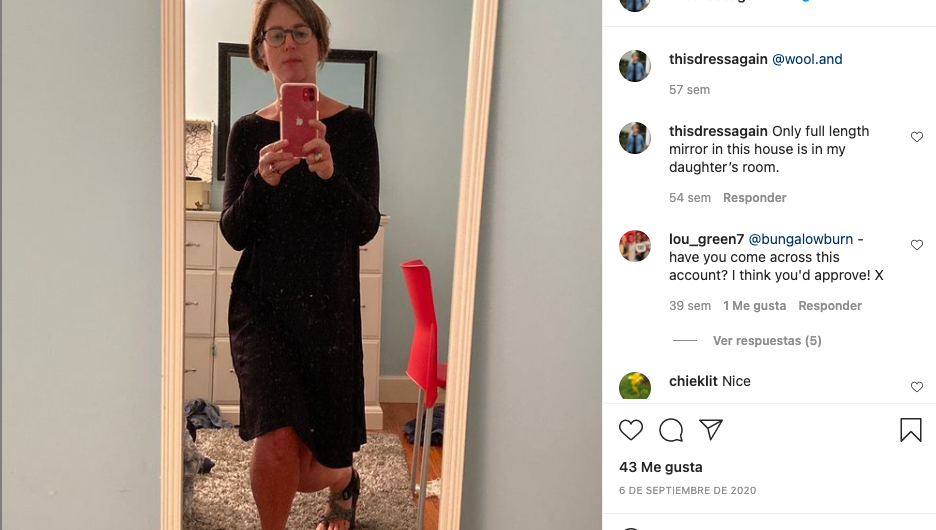 Editor’s note: Sarah Robbins-Cole is an Episcopal priestess and chaplain at Wellesley College. She is the wife and mother of Elizabeth (20) and Will (24) and lives in the suburbs of Boston. When she’s not at work or studying for her PhD, you can find her walking her two dogs or at the gym. The opinions expressed in this column are those of the author alone.

(CNN Spanish) – When I read about the 100 Day Challenge in the Same Wool & Dress, in mid-2020, I thought it could serve to simplify my life. All she had to do was wear the same dress every day for 100 days, except to sleep or exercise. I felt so drained from the pandemic that narrowing down my options for dressing seemed like a good way to look professional in Zoom matches, without having to make as many decisions about what to wear.

Another factor in accepting this challenge was the high cost the environment pays for our thirst for fast fashion. The production of a single cotton shirt consumes more than 2,600 liters of water. An average person in the United States discards 37 kilos of clothing a year. While some of our clothing donations end up in thrift or charity stores, many of these used clothing end up in the third world. Let’s think about that SpongeBob shirt that some kid gets. With this, the local clothing manufacturer loses market, because people choose to use our discarded garments that flood their towns and villages.

The surprise for me was the attention I received for the challenge. After the first article was published in The Mirror newspaper, the story appeared in 65 countries in just 48 hours. Shortly after, calls came in to be interviewed on the television news. I became a human interest story, for both radio and television shows.

The challenge also had an unexpected downside: the negative response on social media. While most of the comments were polite or inquisitive such as “how many times did you wash the dress?” Others were basically cruel. They said that she must have smelled bad or that she was a woman of dubious reputation because in a photo she was wearing red stilettos that a friend had lent me. They accused me of being a hypocrite because of the number of different accessories and shoes that I had. This is one of the accusations in particular that I liked, because I believe that one cannot be hypocritical without being principled.

But what did surprise me was that the simple act of posting photos and a comment can make a difference in someone’s life. Countless people told me how much my posts meant to them. People told me that I looked elegant. He would ask me for advice on how to dress and how to accessorize. To me?

In recent months, the number of direct messages I have received has dropped, but I still receive some like this week’s, which said: “I know you don’t know me, but I’m your follower. I know you are a pastor, my dream vocation. If anything, I was diagnosed with breast cancer in June during my own 100 Day Dress Challenge. I `m 36 years old. Would you pray for me? ” I cried when I read the message. I thought about my 26 years as a priestess in the Episcopal Church and how many things changed in my work, in the age of the internet, and especially during the pandemic.

But I thought more than anything that if my story and prayers give a single person hope in the face of a devastating diagnosis, then the 100 Day Dress Challenge has really been worth it.

Provisional hospitals for patients with covid will be established in Poland again – SME.sk

One thought on “OPINION | If you simplify just one thing from your day you will be surprised: what I learned wearing the same dress for 100 days”