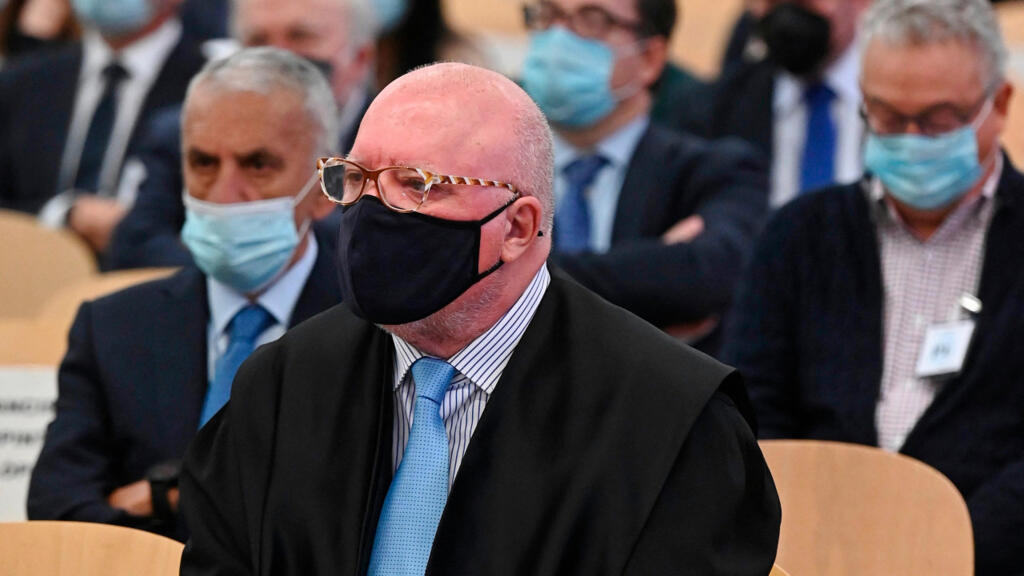 Spy and king of blackmail, ex-commissioner Jose Manuel Villarejo has been appearing since Wednesday before a Spanish court. Accused of corruption, illegal eavesdropping and even belonging to a criminal organization, this crooked policeman has accumulated over four decades, a mountain of recordings and compromising files on powerful personalities of the country.

It is a river trial that opened, Wednesday, October 13, at the National Hearing near Madrid, the highest judicial body in the country. Alongside 26 alleged accomplices, Spain’s most feared policeman, Jose Manuel Villarejo, will have to answer for “extortion”, “corruption” or “membership of a criminal organization”.

The scale of the investigation into the illegal activities of this noir novel character makes you dizzy: 30 open investigations that led to the indictment of some fifty political and economic figures, including several figures from Ibex 35 (Spanish equivalent of the CAC 40), accused of having used its services to spy on their competitors.

In recent years, several prominent elected officials have also seen their names tarnished by his revelations, like the former Minister of the Interior of Mariano Rajoy, or Jorge Fernandez Diaz. This conservative minister is notably suspected of having wanted to sully Catalan separatists by setting up false files against them.

In 2018, he even brought down a figure of the Spanish political class. MP and former Popular Party (PP) general secretary Maria Dolores de Cospedal is forced to resign after the publication of conversations in which she asks Villarejo for information on the progress of her party’s corruption investigations.

The former king Juan Carlos was himself implicated in one of his many recordings in which his ex-mistress, Corinna zu Sayn-Wittgenstein, spoke of embezzlement involving the ex-sovereign, now exiled to the United Arab Emirates.

The lowlands of the Spanish state

Massive silhouette, bald head concealed by an eternal beret, Jose Manuel Villarejo, 70, could have followed the classic career of a police officer. However, in 1983, its trajectory derailed. He takes ten years of sabbatical to embark on a new life as a blackmailer.

Cunning and patient, endowed with a foolproof aplomb, he uses a formidable method to establish his hold on the upper spheres of Spanish society: recording everyone, all the time. Renowned journalists, magistrates, politicians, big bosses … and even the head of the intelligence service, Félix Roldán.

Nothing seemed to stop Jose Manuel Villarejo who, in 1993, returned to the fold and joined the powerful police department of the DAO, the deputy operational directorate. He then evolves in the slums of the Spanish state, leading investigations of barbouzes to discredit the political opponents of the government. Among his feats of arms, the Veritas report: a file assembled from scratch to harm Judge Garzon, who was then interested in the parapolice groups responsible for waging an underground war against the Basque organization ETA.

At the same time, he continues his business in the private sector, taking advantage of his new position of power, explains Patricia Lopez, journalist for the Publico.es news site, interviewed in 2018 by the newspaper Le Figaro: “He could work for a company that is charged to investigate a competitor, then offer the latter compromising information obtained from the first client. If one of the two refused to pay, all he had to do was threaten to deliver the result of his investigation to his police friends. “

Jose Manuel Villarejo’s illegal activities are proving to be extremely lucrative. The former police officer was at the head, before his arrest in 2017, of 46 companies intended to cover up his political and business espionage activities. According to the Spanish press, his fortune amounts to 25 million euros, most of which is in tax havens.

Convinced of having become untouchable, Jose Manuel Villarejo ends up falling while investigating Gabriel Obiang, one of the Guinean president’s sons, on behalf of political rivals. A former secret service agent brings to light the suspicious activities of one of his companies, through which 30 million euros passed from the Equatorial Guinea oil group, GEPetrol.

Despite his disgrace, the power of nuisance of this sulphurous character seems to be limitless today. During their searches, investigators seized more than 40 terabits of information archived by the former police officer, equivalent to several months of uninterrupted radio broadcasts. What to give a cold sweat to the political and economic elite of the country throughout the duration of the trial, and others that will follow, because several investigations are still underway.

According to Manuel Bravo Pérez, co-author of a book on “the Villarejo affairs” (“La España inventada”) quoted by AFP, Jose Manuel Villarejo “knows a lot of secrets”. According to him, members of the elite have “reasons to be worried (…) perhaps not so much for the criminal consequences as for their reputation”.

For his part, the former agent claims to have acted for the interests of the State and presents himself as the victim of a settling of scores. “I was not treated as an alleged delinquent, I was treated as an enemy to be killed,” he denounced Wednesday, upon his arrival before the National Hearing.

Presidential 2022: there will be no need for a health pass to attend political meetings – BFMTV.COM

ŠKF Sereď – MŠK Žilina: Online broadcast from the 12th round of the Fortuna League – Športky.sk

One thought on “Jose Manuel Villarejo, the blackmailer who makes the Spanish elites tremble”