On the teachers’ pay slip: “I have been working for twenty-one years, I earn 2,300 euros net per month” – Le Monde 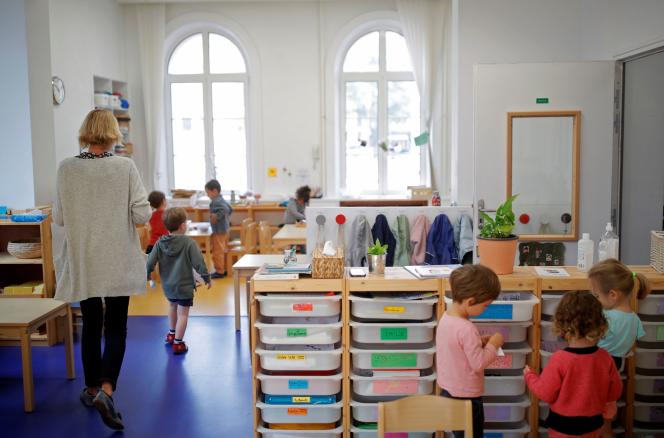 How much does a French teacher earn? The question regularly animates the debates, including those of the presidential pre-campaign, especially since the socialist candidate Anne Hidalgo announced her ambition to double their salary over five years. Less than 2,500 euros net per month on average, or 2,610 euros net if we consider only those who are full-time: the average figures are known, but they hide very contrasting realities, depending on the status of teachers, their age and the institution where they teach.

They also do not take into account professional expenses, which are only rarely covered by their employer and which weigh on their income. A thousand teachers responded to a call for testimonies launched by The world on the subject, agreeing to detail their remuneration. Here are some examples through the testimonies of ten of them.

Elise, 28, school teacher in Gironde, first year as a teacher

“I do not yet have my salary for the month of September, because I was transferred to another constituency and it seems that there was a computer problem. Normally, it will be higher, more than 100 euros, with the “Grenelle premium”, which I did not touch before being the holder.

I was assigned 63 km from my home, so I do 630 km per week (by car because my school is not served by transport). This represents around 250 euros of gasoline per month, not reimbursed. I am trying to move, but the market is very complicated, I am not earning enough to rent closer to my school.

To understand : How much are French teachers really paid?

I have to work with my personal computer, my own 4G internet connection (my classroom does not have Wi-Fi), my office supplies. I cannot print directly on the school photocopier, so I have to print everything at home, at my own expense, and then photocopy at school. Since the start of the school year, I have used three packs of cartridges at 40 euros, only for my class. I had to equip myself with teaching manuals, at my expense, which represented an additional 120 euros, but saved me considerable preparation time in subjects in which I am not perfectly comfortable, because not trained (science, geography and art history).

You have 85.64% of this article to read. The rest is for subscribers only.

One thought on “On the teachers’ pay slip: “I have been working for twenty-one years, I earn 2,300 euros net per month” – Le Monde”