Not four percent, but only four players are not vaccinated. NHL commissioner is full of optimism – ŠPORT.sk 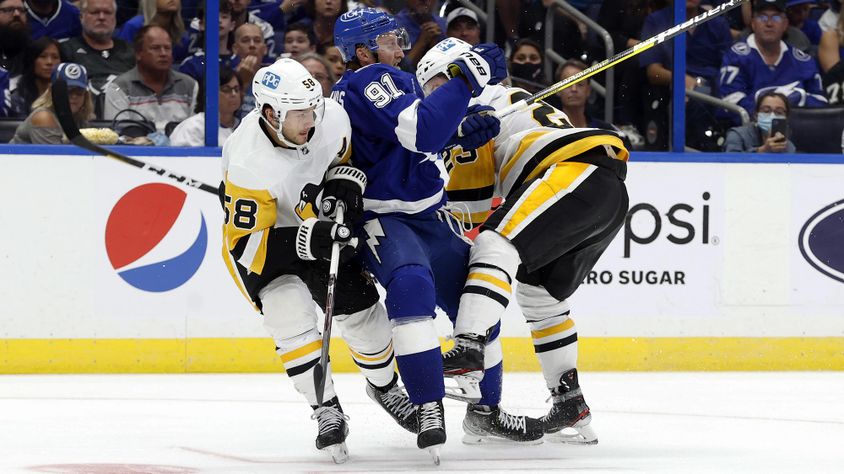 The leadership of the National Hockey League (NHL) is overwhelmed with optimism that after two years, a complete program of 82 basic matches will finally be played.

Commissioner Gary Bettman and his subordinates have good reason for this, on the day of the start of the prestigious overseas profile, only four of the 736 players in all 32 teams did not receive the coronavirus vaccine. One of them is New Jersey Devils goalkeeper Mackenzie Blackwood, who is considering vaccination in the near future. Another is Detroit Red Wings striker Tyler Bertuzzi, who is not known to want to do so.

“Not even Montreal Montreal striker Jesse Ylönen and Vancouver defender Travis Hamonic have received the vaccine. However, they do not belong to the mentioned group, because they will start the season in a lower AHL competition, “ he wrote web prohockeyrumors.com.

VIDEO: Pittsburgh spoiled the “lightning” championship party, Vegas did not …

“Our vaccination campaign has been a huge success. Not four percent, but only four players are not vaccinated. In addition, we have been vaccinated by the complete staff of all teams who come into contact with the players. It is the result of a joint effort by the NHL and the NHLPA to make things better since the start of the March 2020 pandemic, declared Gary Bettman on the NHL website.

Bettman also highlighted the morale of the players, who did not hesitate to spend a lot of time in the so-called bubbles to allow the 2019/2020 season to be completed. “I spent three weeks there myself, but there were those who were in the bubble for eight weeks. Add to that the strict health protocols from last season, it was very challenging. In total, we performed 330,000 tests, previously 35,000 in bubbles, and none of them were positive. We all got together and worked for a common goal. Maybe that’s why hockey is an unbeatable team sport, ” Bettman thanked.

Studenic caught the attention of the New Jersey Devils coach: We like his game

At the same time, the NHL Commissioner stressed that despite the high vaccination coverage in the community of players, coaches and officials, the pandemic is not over and the somewhat relaxed health protocols on COVID-19 must continue to be adhered to. Already on the threshold of the 2021/2022 season, the newcomer Seattle Kraken reports four players who violated the health regulations before the first match – Jared McCann, Jamie Oleksik, Joonas Donskoi and Calle Järnkrok.

Everyone is fine now. One of the aspirants to win the Stanley Cup Colorado Avalanche again announced his elite center Nathan MacKinnon. “We have to remain vigilant, especially when we start traveling regularly again. It’s something we still have to take very seriously. ” he added Bettman.

Marc-André Fleury performed a famous procedure during the training:

One thought on “Not four percent, but only four players are not vaccinated. NHL commissioner is full of optimism – ŠPORT.sk”