Bohemia Energy is ending, it will affect almost a million people – SME.sk 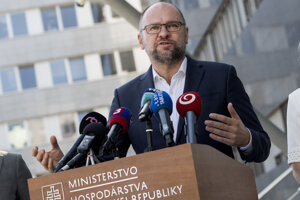 The energy supplier ends up for high prices.

PRAGUE. The largest group of alternative energy suppliers in the Czech Republic, Bohemia Energy, is ending up due to the extreme rise in energy prices. Bohemia Energy is the parent group of Slovakia Energy, which ended up on the Slovak market a few weeks ago.

After the end of Bohemia Energy, almost 1 million customers will have to look for a new supplier in the Czech Republic. The group, which was one of the largest players on the Czech market, announced the termination of its activities and supplies of electricity and gas on Wednesday morning.

Related article How will gas and electricity become more expensive and what if others leave? (answers) Read

“Dear customers, we are sorry to inform you that the Bohemia Energy Group is terminating the supply of electricity and gas on the Czech energy market with immediate effect,” the company said in a statement on its website.

“We have been forced to take this drastic step by the continuing extreme rise in energy prices in wholesale markets, when the price of both supplied commodities is currently three times higher than it was last year,” he said.

One thought on “Bohemia Energy is ending, it will affect almost a million people – SME.sk”