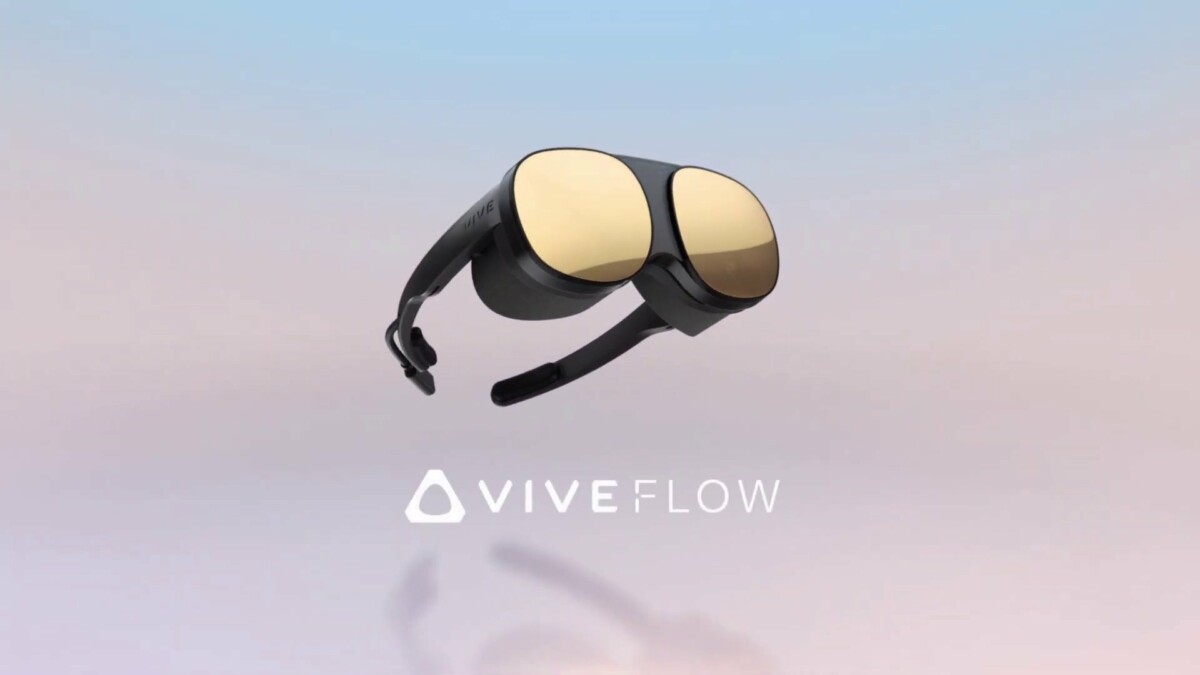 HTC seems to be on the verge of presenting a new virtual reality headset, or rather its first VR glasses. Here is the HTC Vive Flow.

After the world’s fascination with virtual reality at the launch of the first HTC Vive and the first Oculus Rift, the market is a little less dreamy, but it continues to evolve to prepare for its return. In waiting for the next PlayStation VR, the VR market is rather dominated by Facebook and its Oculus Quest 2, when games don’t go away because of a crash.

Thanks to Facebook’s monstrous R&D budget, Oculus has been able to develop a practical stand-alone mobile headset that can be connected to a PC for an even richer experience. Still, it now requires you to use an account connected to Facebook, and there is probably room for a more open alternative from HTC Vive.

The main weak point of virtual reality today is still the size of the hardware. We are now able to make helmets without satellite cameras to install in our living room, but the object itself remains rather heavy to carry. Above all, it still isolates us a lot from the outside world. On the first images we discover, the HTC Vive Flow seems to largely remedy this problem with a design more approaching simple glasses rather than a helmet. 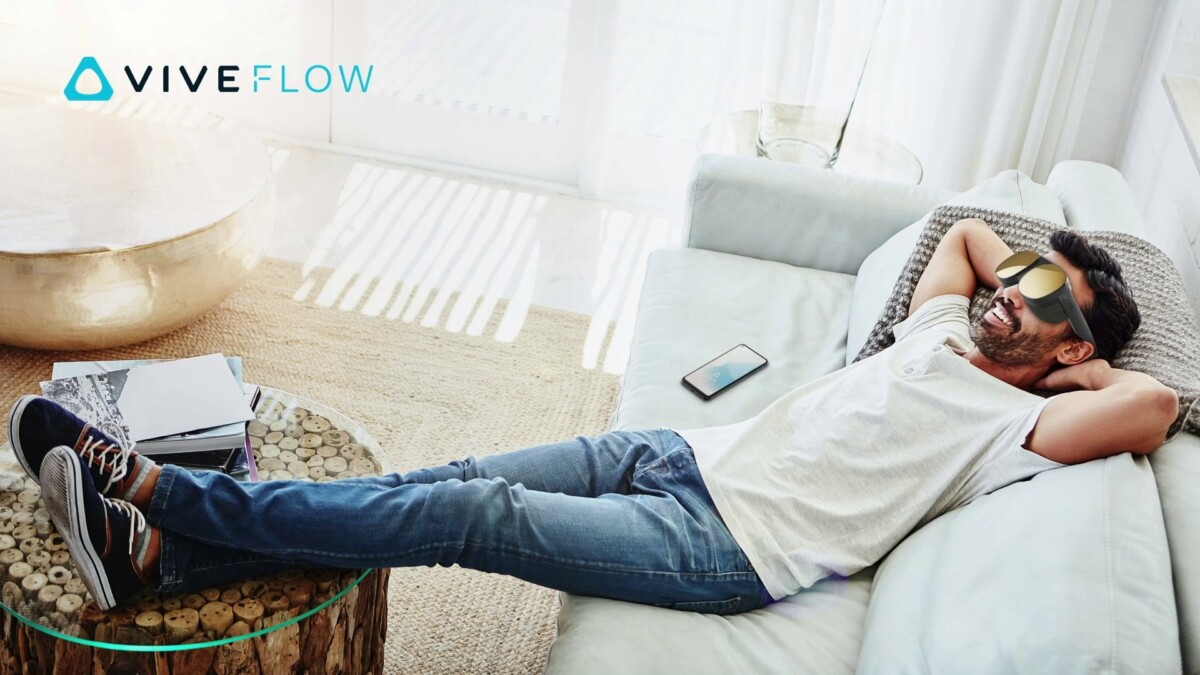 Obviously, the object remains very visible and bulky in the photos, we are far from the simple pair of glasses and closer to a pair of large ski goggles, but the progress against classic VR headsets is undeniable.

The design is clearly going to be talked about, because with the gold surface on the outside, the HTC Vive Flow glasses can appear to transform into a giant fly.

With such a design, HTC relies above all on the transportability of the object. It is now easy to consider taking your VR glasses with you to have them at the hotel or at work during your breaks.

By discovering the HTC Vive Flow through this leak, a big question appears: is the product autonomous? This is a fairly broad question that brings together several: can this headset be used wirelessly, thanks to an integrated battery? Does it necessarily require the use of a PC or a smartphone to function? What is the duration of use on battery? The images unveiled by Evleaks do not fully allow us to answer these questions.

You can still see a smartphone in most of the images and one of them explicitly mentions the possibility of Bluetooth pairing with the smartphone. Another shows the use of a smartphone as a remote control for HTC Vive Flow.

Other images with the simple mention “smarts” and the integration of an active cooling system, with fan, let imagine that it is indeed a pair of autonomous VR glasses, able to operate without any other device.

The answers to these questions will be provided very quickly.

Thanks to a last image published by Evan Blass, we can already deduce that the announcement of the HTC Vive Flow is fast approaching. In fact, an image announces the start of pre-orders for October 15, two days from the time of this writing. 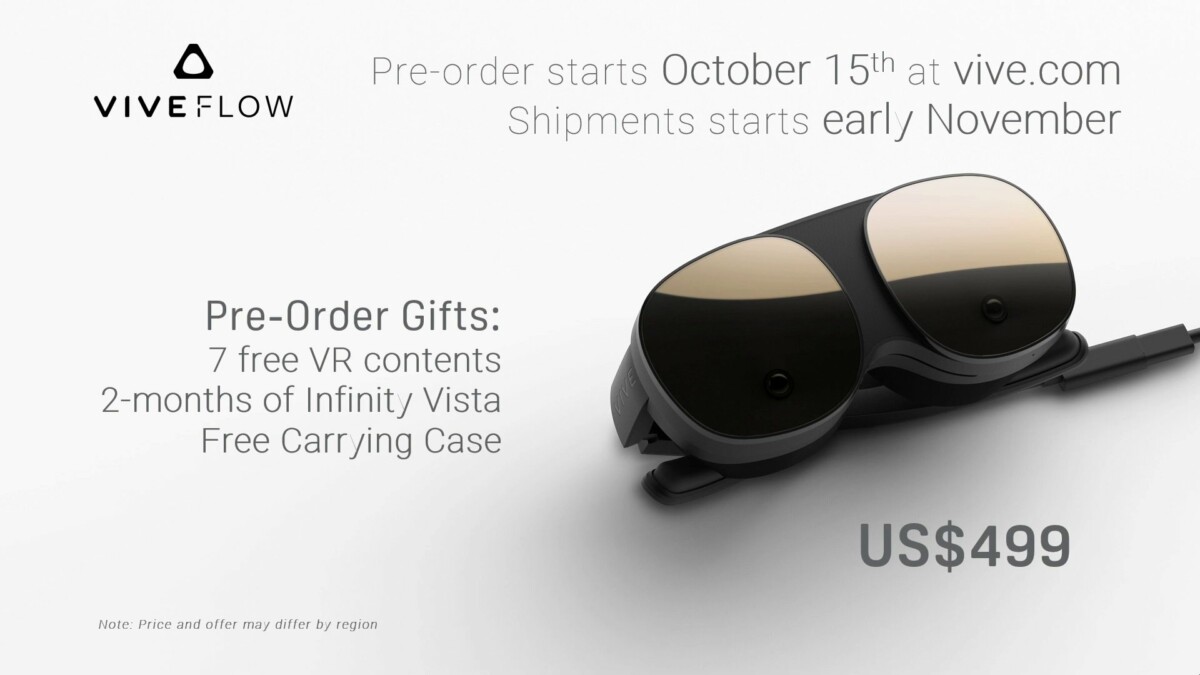 We also learn that the HTC Vive Flow will be marketed at 499 dollars in the United States. A price that places it above the broken price of the Oculus Quest, but which remains quite reasonable. Especially since here, we do not subsidize the price with a mandatory Facebook account.