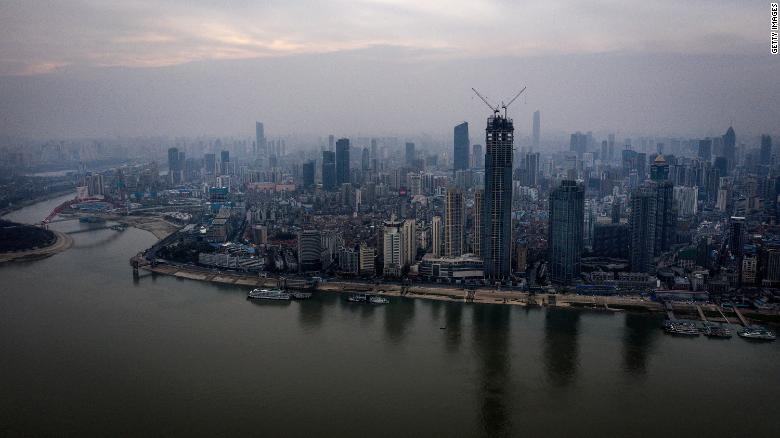 London (CNN) – China is preparing to analyze tens of thousands of samples from blood banks in the city of Wuhan as part of an investigation into the origins of COVID-19, according to a Chinese official. The move comes amid growing calls for transparency about the virus’s emergence.

The World Health Organization (WHO) panel of researchers in February this year pointed to the storage of up to 200,000 samples, including those from the final months of 2019, as a potential source of key information that could help determine when and where the virus first crossed into humans.

These are the theories about the origin of covid-19 5:54

The samples are kept at the Wuhan Blood Center and are expected to span 2019, providing real-time tissue samples from a wide swath of the population in the Chinese city where SARS-CoV-2 is believed to have first infected. to humans.

The blood bank samples have been withheld for two years, Chinese officials have said, in case they are needed as evidence in any lawsuit related to the blood donations from which they came.

That two-year waiting period will soon expire for the key months of October and November 2019, when most experts believe the virus may have first infected humans. An official with China’s National Health Commission told CNN that preparation for the tests is currently underway and that the tests will be confirmed once the two-year limit is reached.

“This provides the closest in the world we’ve seen to real-time samples to help us understand the timing of the outbreak,” said Yanzhong Huang, senior global health researcher at the Council on Foreign Relations.

The samples “will absolutely contain vital clues,” said Maureen Miller, associate professor of epidemiology at Columbia University. He urged China to allow foreign experts to observe the process. “No one will believe the results that China reports unless there are at least qualified observers,” he said.

The head of the Chinese team working on the WHO investigation, Liang Wannian, first said at a July press conference that China would examine the samples, adding that once Chinese experts “have the results, they will hand them over. to both Chinese and foreign expert teams. “

Liang said the samples came from the opening tube of a donor blood bag, sealed and then stored, and the Chinese experts had “conducted various evaluations and examinations on the test methods and the action plan, to be implemented later. expiration “of the two-year limit.

The samples, if stored correctly, could contain crucial signs of the first human-produced antibodies to the disease, experts said.

Liang said in July that while the first reported case was in Wuhan on December 8, “our research and related previous research work by Chinese scientists strongly suggest … that December 8 is probably not the initial case. There could be other cases that happened before. “

China criticizes US report on origin of covid-19 0:41

Dr. William Schaffner, of the Vanderbilt University Department of Medicine, Division of Infectious Diseases, said the samples presented a “fascinating opportunity. One would like to go back to find out exactly during which months this virus began to leave traces on the human population in China “.

The samples could even indicate who was first infected, where, and their age and occupation, Miller added.

“It is common practice to de-identify the samples,” he said. “So you could narrow it down to basic demographics, age, gender, the neighborhood they lived in. All of that data will be available.”

Schaffner suggested that the samples could be taken to Geneva, or another neutral destination, to allow WHO experts to participate in the tests.

He said two possible problems with the samples could be “the integrity of the blood samples – making sure they weren’t created recently,” but also how representative of the population as a whole the blood donors were. Miller said that most likely many samples were taken from healthy individuals “so they will represent asymptomatic cases. And as we have learned during the course of the pandemic, asymptomatic cases fuel the pandemic.”

Liang Wannian, leader of the Chinese team working with WHO, at a press conference in July in Beijing, China.

Huang said it was unclear “to what extent the outside world would trust the findings as credible or convincing,” and the evidence represents an opportunity for China to “tell the world that they are serious about depoliticizing origins research.” .

The United States government conducted a 90-day intelligence review on how the virus originated, yet an unclassified report caused officials to still consider both natural animal-to-human transmission and a laboratory leak as plausible theories. , but they couldn’t determine which was the most likely.

President Joe Biden, upon receiving a classified version of the report, said: “There is critical information about the origins of this pandemic in the People’s Republic of China, but from the beginning, government officials in China have worked to prevent researchers and international members of the global public health community access it “.

China has insisted that it has been transparent and helpful to the WHO investigation, and in its most recent statement on the theory that the virus was leaked from a laboratory, it pointed to unsubstantiated claims about Fort Detrick, the American laboratory in Maryland, and the need to examine your recent past.

A drunk driver caused a head-on collision of vehicles in Košice – Topky.sk