Hockey holiday in Toronto: Hoss brothers will play in the match of legends – Športky.sk 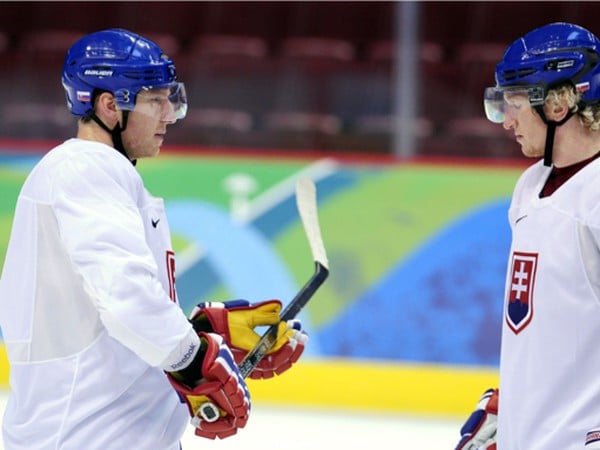 Hoss brothers in the jersey of the Slovak national team Source: TASR

TORONTO – Brothers Marián and Marcel Hossovci will play in a match of NHL hockey legends. It will be part of the weekend in which the Toronto Hockey Hall of Fame (HHOF) will inaugurate new members, including Marian Hoss. The duel is scheduled for Sunday, November 14 at Toronto’s Scotiabank Arena.

Former NHL players will compete against each other, led by captains Scott Niedermayer and Mike Modano. In the goal of both teams will be Canadian, respectively. american goalkeepers. The Hossos will present themselves in Mike Modan’s “world” team, which will include, in addition to several former US players, representatives of the Czech Republic, Russia, Lithuania and a native of Jamaica, Graeme Townshend.

The highlight of the inaugural weekend will be the introduction of new members to the Hall of Fame. In addition to Marian Hoss, Jarome Iginl, Kevin Lowe, Doug Wilson, Ken Holland and Kim St-Pierre will also join the prestigious club. The three-time Stanley Cup winner Hoss is the third native of Slovakia to be in the Hall of Fame after Stan Mikit and Peter Šťastný.

One thought on “Hockey holiday in Toronto: Hoss brothers will play in the match of legends – Športky.sk”