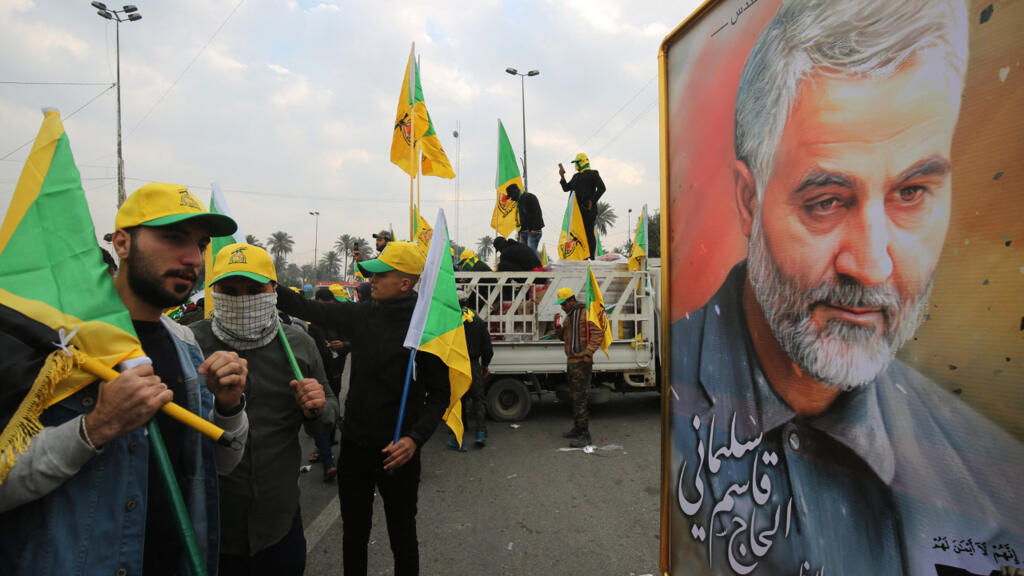 “We do not accept these fabricated results.” Snubbed by voters during the early legislative elections in Iraq, several pro-Iranian Shiite parties shouted fraud on Tuesday, saying they would take the “measures” necessary to cancel the “scam”.

In sharp decline after Sunday’s legislative elections in Iraq, influential pro-Iran Shiite parties shouted fraud on Tuesday (October 12th), saying they would take the “measures” necessary to quash the “scam”.

Unsurprisingly, the preliminary results published late Monday by the electoral commission the day after the early legislative elections give the current of Shiite leader Moqtada al-Sadr as the big winner.

This former militia leader has fought American troops in the past and is now developing a rhetoric hostile to Iran, which wields great influence among its Iraqi neighbor.

The second force in the outgoing Parliament, the Conquest Alliance, which represents the ex-paramilitaries of the powerful Hachd al-Chaabi, has fallen sharply, from 48 seats to ten, according to results compiled by AFP.

Ally of Iran, this formation should nevertheless remain an influential player, with the game of alliances which will allow it to increase its share. And in an ultra-polarized country, politics are also played out in the streets, with the major parties having armed groups to exert pressure.

In a statement, the “Coordination Committee”, bringing together several Shiite parties including the Conquest Alliance, rejected the preliminary results, saying they wanted to “appeal”.

“We do not accept these fabricated results,” hammered in a statement Hadi al-Ameri, the leader of the Alliance of Conquest.

Later, a senior alliance official, Ahmed Assadi, called on the electoral commission to “present all the evidence which shows that votes were not obstructed”.

For Abu Ali Al-Askari, the spokesperson for the Hezbollah Brigades, a powerful faction of Hachd al-Chaabi, the legislative elections were “the biggest swindle and scam of which the Iraqi people have been the victim in modern history”.

The legislative elections, the fifth since 2003 and the overthrow of dictator Saddam Hussein in the wake of the American invasion of Iraq, were marked by a record abstention.

Unsurprisingly in a country where public opinion rejects a sclerotic political system: despite the immense oil wealth, a third of the population is poor, sprawling corruption is eating away at the state and public services are at the end of their rope.

A spokesperson for the US State Department called for forming a government capable of “dealing with the challenges facing Iraq in matters of governance, security and the economy.”

“It is important that all actors accept the results and that any complaint of irregularities is dealt with quickly”, underlined the head of European diplomacy Josep Borrell.

France wanted the “rapid formation of a government”.

In a country shaken at the end of 2019 by a popular protest against the government but also the influence of Iran and the Iraqi factions which are allied to it, the erosion of the popularity of this camp was expected.

Claiming more than 70 of the 329 seats in parliament, Moqtada al-Sadr’s current is almost certain to be the leading force in the new assembly.

But the electoral commission began Tuesday to register appeals from disgruntled candidates. The ballots of more than 3,000 ballot boxes, coming from different provinces, will be counted in the coming days in Baghdad.

Asked about the accusations of fraud, the head of the EU observation mission, Viola von Cramon, said that “nothing on the technical level, in the majority of the polling stations observed (…), could not confirm this assessment “.

If a victory for the Sadrists is confirmed, they should retain their status as the first formation in Parliament, allowing them to influence the negotiations aimed at appointing a new prime minister.

But even with the game of alliances, there must be “an agreement within the Shiite camp”, explains Lahib Higel of the International Crisis Group. “Sadr cannot afford to exclude other Shiite parties.”

Another trend is the breakthrough of the Alliance for the Rule of Law of ex-Prime Minister Nouri al-Maliki (pro-Iran), which claims thirty seats. The Taqadom party, of the influential head of Parliament Mohamed al-Halboussi, Sunni, claims to have obtained about 40 seats.

The elections were initially scheduled for 2022 but they were advanced by Prime Minister Moustafa al-Kazimi who sought to calm the protest movement repressed in blood (at least 600 dead, 30,000 wounded).

Dozens of activists were also victims of kidnappings and assassinations. The protest movement accuses the armed factions loyal to Iran.

Despite the repression, a young party, Imtidad, claiming to be part of the protest movement won nine seats in the Shiite south, according to a preliminary count.

One thought on “Legislative in Iraq: in sharp decline, the main pro-Iran parties cry fraud”