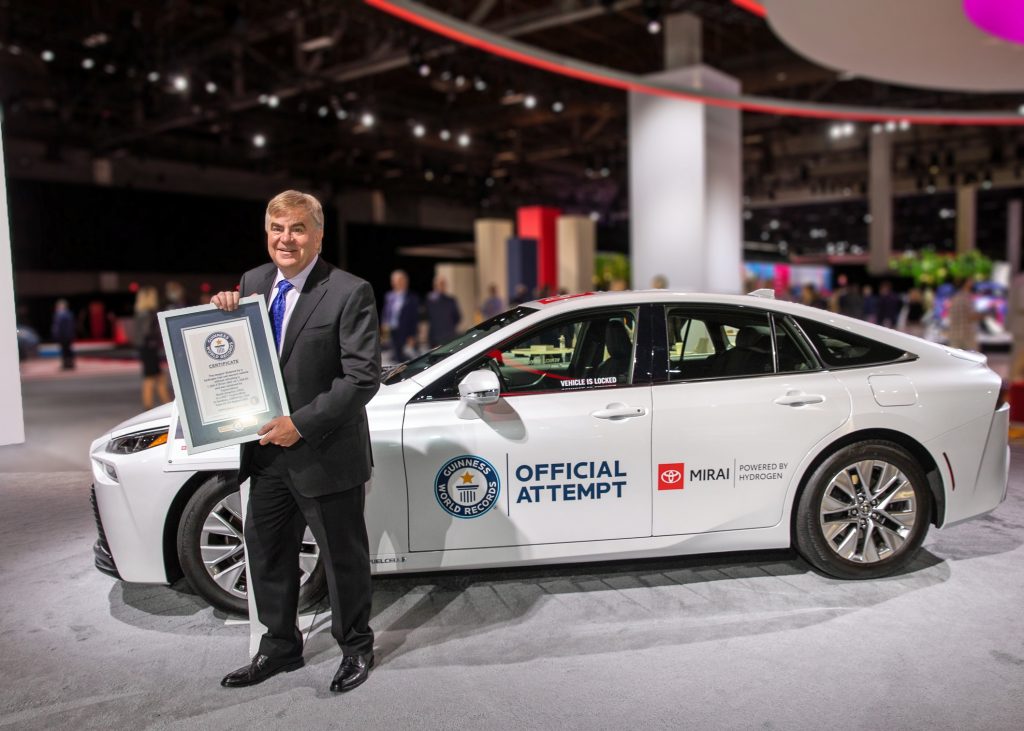 The fight between electric cars and hydrogen cars does not stop, on the contrary. There are more and more discussions about whether hydrogen or batteries are better in passenger transport. The new record set by the Toyota Mirai hydrogen may give us the answer to this question, because the car in the USA went more than 1,300 km on one tank, the carmaker informs in press release.

Going more than 1,000 km to one tank is also a challenge for most burners. The vast majority of electric cars do not reach even half the range on a single charge, and the subsequent addition of energy to the battery usually takes about an hour.

But then we have hydrogen electric cars, which refuel almost as fast as a tank with gasoline or diesel and can easily go 600 to 700 km on one tank, which is the range of the best and most expensive battery electric cars.

Even with hydrogen cars, however, we have recorders who stand out significantly compared to the competition. Such a vehicle is the new Toyota Mirai, which set a world record in the range of one refueling.

The new generation of the Toyota Mirai broke its own world record still in May this year. At that time, she managed to cross up to 1,003 km to one tank, while the on-board computer showed a range of another 9 km.

After this heroic performance, they refueled the car in 5 minutes, which was ready for another 1,000 km section. Of course, the record was set on normal roads, but the driver drove in a strict “eco-mode”, ie he avoided heavy braking and acceleration and also reduced the maximum driving speed. 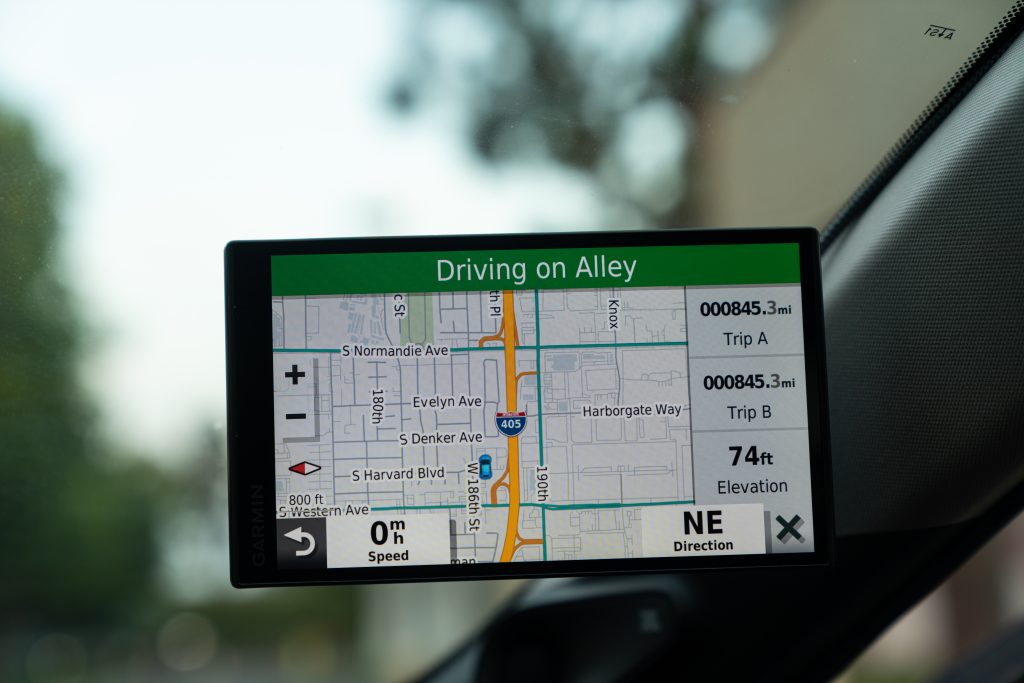 However, the “European” record from May is no longer valid, on the route through Southern California, the Toyota Mirai reached a new world record, when it covered exactly 1,360 km per tank.

The whole trip was divided by a pair of drivers for two days and during their trip they passed 12 hydrogen filling stations. At the same time, they proved that the infrastructure of hydrogen stations in the USA is above standard and that the coverage of gas stations is not a problem. 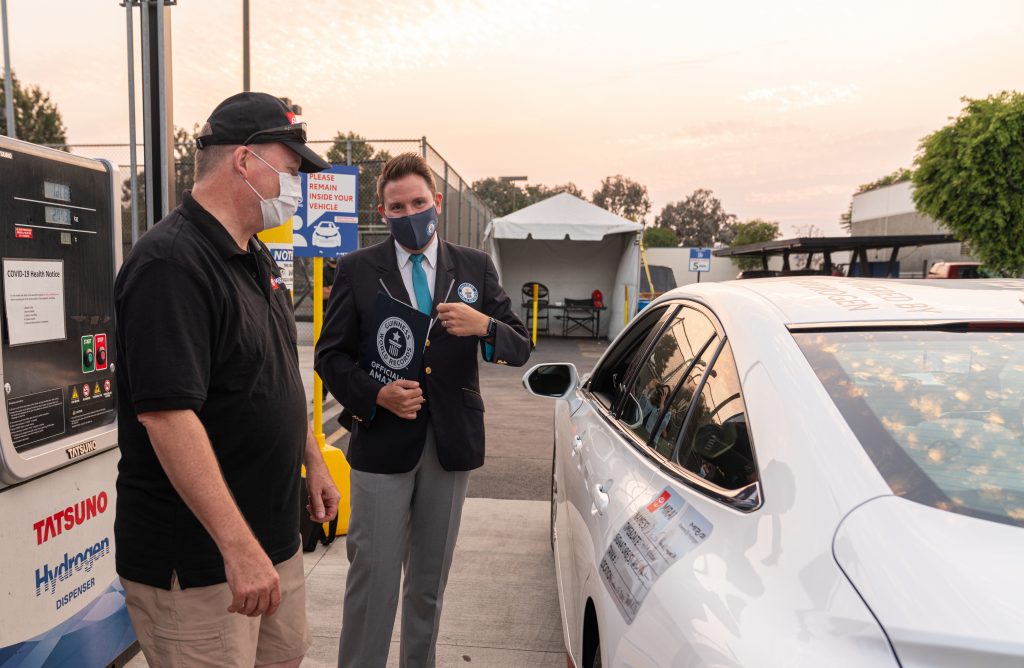 During the two-day trip, they used 5.65 kg of hydrogen, which they refueled in about 5 minutes. Even when setting a new world record, both drivers drove extremely efficiently, ie at lower speeds and without aggressive throttle.

The Mirai is not the only hydrogen car to significantly outperform its paper range. Brendan Reeves, the Australian Rally driver, has wanted to set a world record for a long time, but as he himself said, he did not expect it to be record in reaching one tank with a hydrogen car.

With the Hyundai Nexo, he set out on the route from Melbourne to Broken Hill, and the on-board computer reported to him after arriving at the finish line that he had covered a respectable 887.5 km, breaking the previous French record of 778 km. 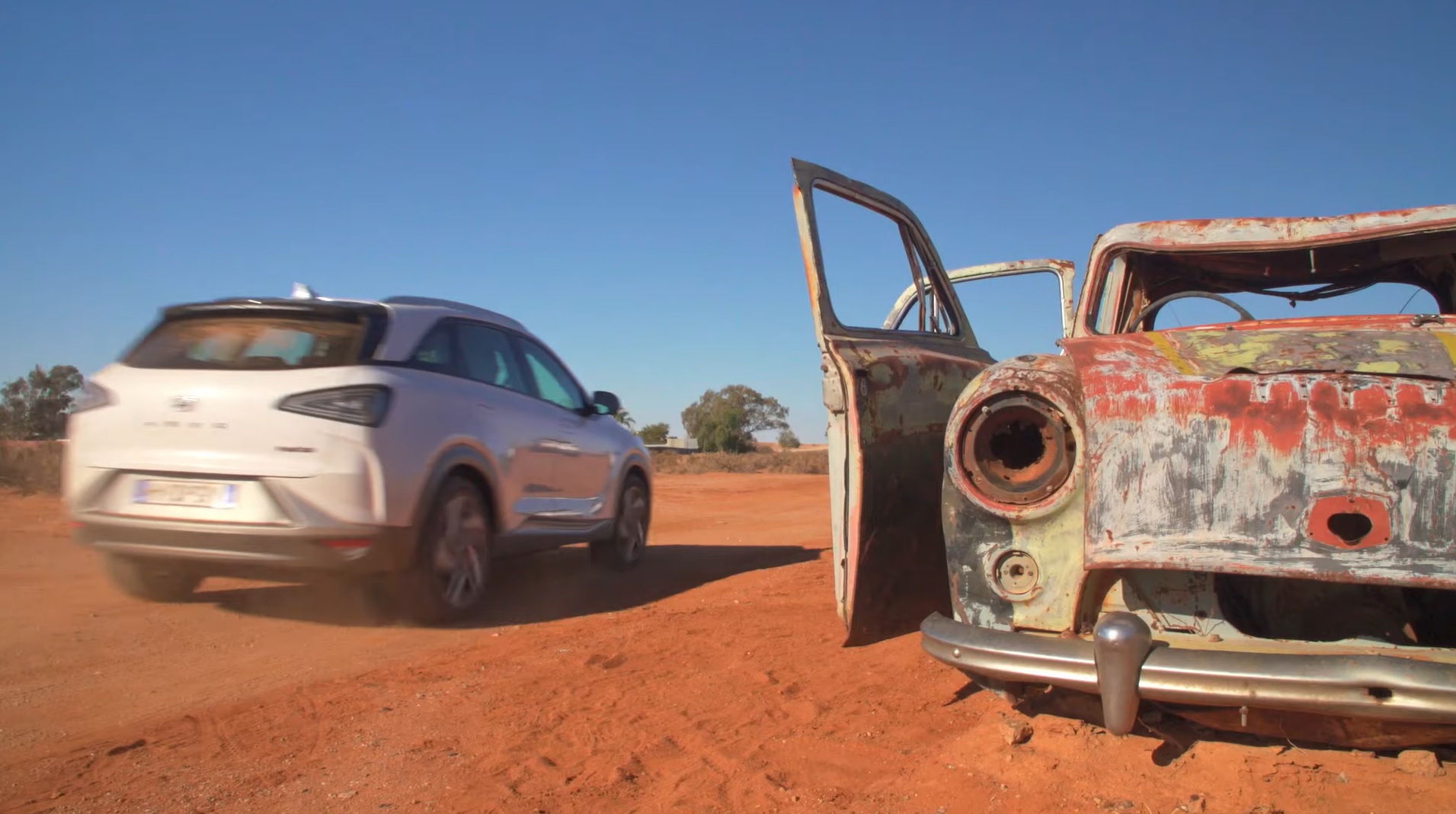 Of course, before the start, he was sealed with a refueling tank so that he wouldn’t think of refueling somewhere along the way. The Hyundai Nexo has a paper range of 666 km according to the WLTP, so Reeves covered it by more than 200 km.

Interestingly, GPS and Google Maps have even shown that the distance traveled is 905 km, which is an even more impressive result, but data from the on-board computer are taken into account to recognize the record. The journey took 13 hours 6 minutes and the average speed was 66.9 km / h. In total, the car consumed 6.27 kg of hydrogen with an average consumption of 0.706 kg / 100 km.

Hydrogen supersport “Made in Slovakia”

Hydrogen transport in Slovakia is still a long way from reality, but the plans are extremely bold. They are to be built by the end of the year the first two hydrogen stations in Košice and Bratislava, later support for hydrogen cars will come and in the future it will also be on city lines the first hydrogen bus from Spiš.

After the recent official opening of the Slovak pavilion at EXPO Dubai 2020, the world also saw unveiling of the first concept of the Slovak hydrogen car, which was created in cooperation with Matador and TUKE. The photo of the hydrogen concept MH2 was shared on his Facebook by the Minister of Economy Richard Sulík.

So far, the appearance of the car has also been sketched in a video in which the design and the hydrogen drive of the vehicle itself were revealed. However, it should be noted that this is a vehicle concept that is likely to be the subject of further research and development. He will not officially get on the road. You can read more about the Slovak hydrogen car in our interview.

One thought on “Electric cars remained ashamed. Hydrogen Toyota broke the world record in the range, it also beat many burners – FonTech”