France 2030: what an industrial future for SMRs, these “small” nuclear reactors praised by Emmanuel Macro – franceinfo 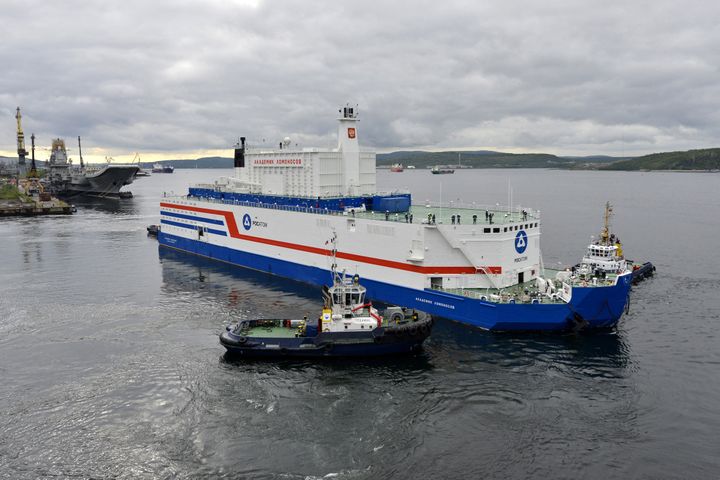 Small but strong. Emmanuel Macron announced the release of one billion euros for nuclear and “Small modular reactors” (SMR, or “small modular reactors”, in French), Tuesday, October 12, as part of the recovery plan France 2030 In a tense energy context, and faced with the climate emergency, the path to these mini-reactors is being studied all over the world. Their promoters praise their flexibility and a reduced cost compared to conventional plants.

SMRs are compact reactors, whose power is generally between 50 and 500 megawatts (MW), explains the CEA, “in comparison with the 900 to 1,450 MW of reactors in the current French nuclear fleet”. They also have the advantage of being manufactured in the factory, like a kit, in order to be transported and assembled on the final site. They could thus make it possible to replace fossil fuels in a certain number of cases, and therefore participate in the fight against CO2 emissions.

In France, EDF has been piloting the Nuward project since 2014 (“NUclear forWARD”, or “forward nuclear”), which brings together the French Atomic Energy Commission (CEA), the company TechnicAtome and the military manufacturer Naval Group. These last two companies have good experience in the field, since around twenty small reactors have already been designed for the needs of nuclear-powered vessels in the French navy.

This pressurized water SMR (PWR) also operates on the model of the civil fleet reactors. “The core is made of fissile material [de l’uranium faiblement enrichi] which releases energy in the form of heat “, explains to franceinfo Benoit Desforges, director of development and strategy of TechnicAtome. A first water circuit rises in temperature and turns into steam in a second circuit, “what turns a turbine and powers an electromagnetic motor” which generates the current.

The technology is under control, but with these reactors, it is a question of miniaturizing almost all of the components. “Our Nuward project provides for two 170 MW reactors per power plant, housed in a 16-meter-high metal enclosure “, continues Benoit Desforges, against an enclosure 60 meters high for a conventional reactor. According to the TechnicAtome executive, the future “made in France” SMR will be the ultimate in reactors. “At present, the most advanced similar technologies are working on 60 MW reactors in 23-meter enclosures”, he argues, without citing the name of the American competitor NuScale.

The latter, however, has a head start, since its pressurized water reactor is already the subject of a certification procedure in the United States and Canada. Several other countries are in the race, sometimes with other technologies (molten salt, lead-cooled …). In mid-July, Beijing announced the start of a SMR on the island of Hainan, the ultimate goal of which is to supply 526,000 homes. But the only SMR plant in operation today, theAkademik Lomonosov, is floating and was commissioned in May 2020 by the Russian nuclear agency Rosatom. This barge is equipped with two 35 MW reactors that supply Pevek, an isolated town in eastern Siberia.

Some 70 projects are under study around the world, counts the International Atomic Energy Agency (AEIA). In France, none has yet seen the light of day. More than 200 people are working on the Nuward draft. “Certain innovative components have undergone initial tests”, specifies Benoit Desforges. But we will still have to wait before designing the first complete model of the reactor. Emmanuel Macron wants “to bring out in France by 2030 innovative small-scale nuclear reactors with better waste management.” A somewhat optimistic forecast, according to specialists. 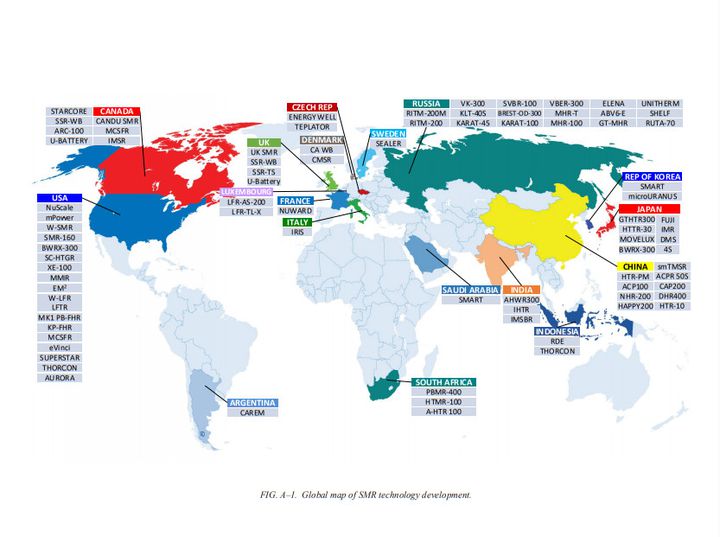 The different concepts of SMR under study around the world. (IAEA)

Can this timing be kept? “The skills acquired with the nuclear program and the reactors for nuclear submarines show that the concept can become a reality”, explains to franceinfo Michaël Mangeon, specialist in the history of nuclear power and associate researcher at the Environment, City and Society laboratory in Lyon. Corn “we still have to find a market”.

“Basically the network [électrique] European does not need small reactors, because it can absorb the output of 1000 MW power plants without problems “, explains to franceinfo Joël Guidez, expert at CEA. This technology is mainly of interest for export. ” Small reactors are positioning themselves “in market segments for which large reactors are not suitable”, already underlined EDF in a presentation in 2015 (in PDF). The group evoked “the case of countries or regions with a weak or insulated electricity network “.

The technology is also of interest to States that are very dependent on fossil fuels. In September, the CEO of EDF, Jean-Bernard Lévy, extended his cooperation with the Czech company CEZ, in order to discuss SMR. The Czech Republic, the third largest consumer of coal after Germany and Poland in Europe, wants to reduce its carbon footprint and already has six nuclear reactors.

EDF and the Czech energy company CEZ are extending their cooperation to small modular nuclear reactors (SMR). I was honored to sign this new cooperation agreement with CEZ CEO Daniel Benes in Prague. Together, we are committed to supporting the #nuclear in Europe.

Historically, French nuclear power was first designed to supply electricity to France, before being exported. With SMR, it’s the opposite. “This technology is geared primarily towards the international market, in order to allow as many of our customers as possible to decarbonize”, explains Renaud Crassous, director of the SMR project at EDF, to franceinfo. The potential is real in the coming years, he argues, because “today there are 3,000 slices [des unités de production] of coal in countries which have chosen nuclear power “.

At this stage, however, there is no factory in the world capable of producing these modules on the line. “The economies of scale obtained by mass production of these modules will not be achieved until they reach a certain number” reactors, recognizes the International Atomic Energy Agency (IAEA). Thereby, “it would be necessary to manufacture a large number of identical reactors, perhaps a hundred, to achieve economic profitability, explains to franceinfo Karine Herviou, Deputy Director General of the Institute for Radiation Protection and Nuclear Safety (IRSN). This is the reason why few large nuclear operators are interested in these projects at the moment. “

Indeed, “the market does not yet exist today”, concedes Renaud Crassous, and “there are hardly any customers ready to buy SMR”. In order to get this industry off the ground, it will first be necessary to standardize international safety standards in order to offer a unique model, which does not need to be adapted to each country. Standardization, at the heart of the economic model of these reactors, should indeed make it possible to lower costs. Discussions are underway to move forward on this point, particularly within the IAEA. “From IRSN’s point of view, the race for power and large reactors must be stopped, and these small reactors have interesting safety potential”, concedes Karine Herviou.

In their early days, these SMRs risk producing more expensive electricity than their older sisters. “According to the promoter of the Chinese ACP100, the cost per kilowatt would be twice that of a large reactor “, underlines the World nuclear industry status report (in English), a critical annual review of nuclear power. The South Korean SMART received a green light in 2012 but nothing has been built since, for lack of being competitive “on costs “. THE’Akademik-Limonosov cost $ 740 million, according to the NGO Bellona (in English), against 232 million dollars initially planned: 25,000 dollars per kilowatt, “twice the cost of the most expensive third generation reactors”. EDF’s objective is to “Compete with the costs of electricity produced with coal”, evacuates Renaud Crassous.

Will EDF succeed in making SMR competitive? At the end of the 1970s, France had already developed, then abandoned, a series advanced boiler room project (CAS) which integrated the reactor in a metal egg, itself housed in a concrete building. Ditto with a swimming pool-type enriched uranium reactor with a power of 100 MW, supposed to supply a heating network with a water supply at 120 ° C. “The French SMRs regularly return to the front of the stage when a nuclear ‘spring’ seems to be arriving, Michaël Mangeon analysis. This was the case during the oil shocks of the 1970s, before the Fukushima accident, and today with the energy crisis. “ 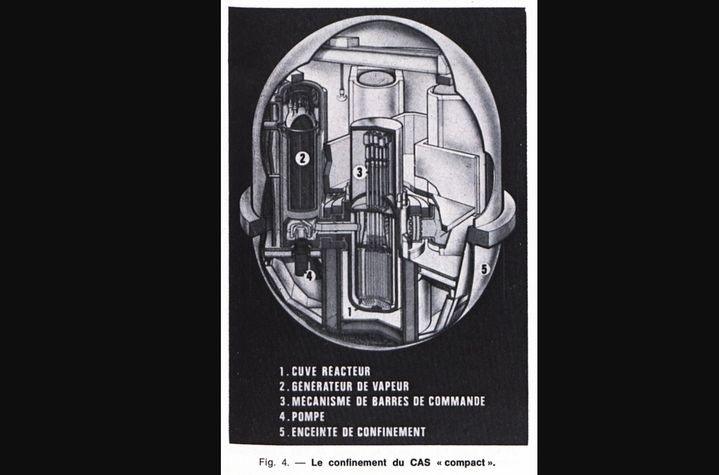 The French project for an advanced serial boiler room (CAS), at the end of the 1970s. (CEA)

This time again, the firing window seems “very reduced” to deploy small reactors, judged in july William Magwood, Director General of the Nuclear Energy Agency. Too late, they risk losing their relevance “from an energy transition point of view”. Opponents of nuclear power, for their part, are calling for public investments to be immediately redirected to renewable energies. “Last year, 256 GW were produced worldwide, particularly in photovoltaics and wind power, against 0.4 GW for nuclear”, argues Yves Marignac, head of the Nuclear and Fossil Energies pole of the NégaWatt Institute. These SMR projects, he said, reflect a desperate attempt to respond to this “growing adaptation gap”.

MŠK Žilina – DAC 1904 Dunajská Streda: Online broadcast from the 11th round of the Fortuna League – Športky.sk

One thought on “France 2030: what an industrial future for SMRs, these “small” nuclear reactors praised by Emmanuel Macro – franceinfo”