Will the president stop the purges in the police? He can return the law and turn to the Constitutional Court – PRAVDA.sk 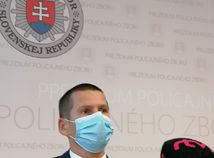 The Minister of the Interior Roman Mikulec (OĽaNO) has passed a law according to which he can transfer everyone from the highest officials to a person with three subordinates to the opposite end of the republic to the lowest possible position. And all this without giving any reason. Critics say there is a clear unconstitutionality. The former vice-president of the Constitutional Court, Eduard Bárány, also agrees with them. The President has not yet announced whether she will sign the law, return it to the National Council or turn directly to the Constitutional Court. What does her previous practice of returning laws show?

The door to significant personnel changes in the Police Force of the Slovak Republic was opened by the amendment proposal of OĽaNO deputy Lukáš Kyselica. He added an unexpected amendment to the civil service law prepared from the summer just two days before its approval. He says that “if the important interest of the service so requires, the Minister may transfer without giving a reason from his superior to another position in the same place of public service or to another service office.”

Police unionists remind that such a legal regulation also existed between 2004 and 2016. However, it has not been used since 2013. The Constitutional Court ruled at the time that such a decision was an expression of arbitrariness, which is unacceptable and unsustainable in a state governed by the rule of law.

‘The primary purpose of such a provision was, as a rule, to be able to transfer or transfer from day to day without giving any justification to another’ unsuitable ‘superior, such superior usually being appointed to a much lower position (grade), grade, or transferred to another place of public service, “police unions warned.

Although the change was approved by parliament last Thursday, it is still not valid. The law has yet to be signed by President Zuzana Čaputová. The police trade union has already publicly called on her to veto the law, or turn directly to the Constitutional Court. The presidency has still not informed how or when the head of state will decide.

Like the trade unionists, Bárány draws attention to the great risks of using the provision adopted by the coalition. “It leads to mass uncertainty in the state administration, it threatens its professionalism. For most people, it is a long-term or even lifelong profession with the hope of some career advancement and growth. The employee will be afraid of losing his job for a long time and will be willing to do almost anything, because he will realize that it is not enough to do his job properly, “he recalls.

An application for proceedings of the Constitutional Court on the compliance of legal regulations may be submitted by the head of state, the Attorney General or a group of at least 30 deputies of the National Council. “Such a procedure would have to be decided by the plenary of the Constitutional Court, but there are no deadlines for a decision. I suppose this would not be one of the longest-running things, because it is a relatively brief and simple provision. I would count the proceedings in about months, “he explained.

However, according to him, the risk of such actions is different. “It takes some time to prepare a motion for the Constitutional Court and the proceedings themselves take several months. In that time, however, the masses of people can be exchanged. This could partially alleviate the suspension of the legislation, which can be declared at the same time as the adoption of further proceedings. However, even two or three months is a time when everyone who is to be replaced can be replaced, “he added.

As the president used to do

Since taking office in June 2019, the President has returned 14 laws to the National Council. Most often for four types of reservations – possible conflict with the Constitution of the Slovak Republic, unjustified shortening of the legislative procedure, circumvention of the ordinary legislative procedure, including inter-ministerial comment procedure, as well as the insertion of unrelated legal regulations, the so-called stickers.

Most of all, the President pays attention to the constitutionality of the adopted legislation. For this reason, she returned in November 2019 the law on the conditions for exercising the right to vote, which, in her opinion, was in conflict with the right to information, the prohibition of censorship and suppressed free competition between political parties. A year later, she also found the law on higher education institutions and several contradictions with the Constitution, for example, in the law on the prosecutor’s office, which she rejected in August 2020 for provisions concerning the possibility of dismissing the general and special prosecutors.

At the same time, it rejected the Act on Electronic Communications, which amended the Act on the Protection, Promotion and Development of Public Health. It hindered her that the law violated telecommunication secrecy, and thus violated the Constitution-guaranteed right to protection against unauthorized interference with private life and the right to protection against unauthorized collection, disclosure or other misuse of personal data.

If she has no doubts about the law in terms of goal and purpose, the President will usually propose to the National Council to renegotiate and approve it with changes, which she will propose and explain. “If the National Council does not comply with this comment, I will use my power to file a motion with the Constitutional Court to initiate compliance proceedings,” the head of state warns in such cases.

He does not accept stickers

Although he has no substantive comments on the approved law, he tends to reject the legislation, for example, for unjustified abbreviated legislative proceedings. It must satisfy a fundamental condition, namely the existence of an exceptional circumstance in which fundamental human rights and freedoms or security may be jeopardized or where there is a risk of significant economic damage to the State. Thus, in March, for example, it rejected the law on the highway toll. It also followed the law on the Commissioner for Children and the Commissioner for People with Disabilities, approved in August 2020.

When signing laws, the President also takes into account the proper legislative process of drafting the law. “The approved law was substantially amended by means of two amendments by members of the National Council in the process of its discussion by the National Council. Due to the fact that these amendments were applied only at the stage when the approved law was discussed by the National Council, the adopted legal regulation was not the subject of a proper inter-ministerial comment procedure. For this reason, neither the public administration bodies concerned nor the professional public could comment on this legal regulation, ”she justified in November 2019 the return of the Public Procurement Act.

She had a similar reproach in April, when she returned the law on the protection of competition to the National Council. “From a procedural point of view, the legal regulation is added to the approved law on the basis of the parliamentary amendment and the so-called so-called “Sticker”, unrelated to the subject matter of the approved law and addressing another situation. This legal regulation was not the subject of an inter-ministerial comment procedure, was not part of the proposal submitted by the government and was discussed and approved in violation of the Act on the Rules of Procedure of the National Council, “she reasoned.

One thought on “Will the president stop the purges in the police? He can return the law and turn to the Constitutional Court – PRAVDA.sk”