Gabby Petito, the young American traveler, was strangled – The HuffPost 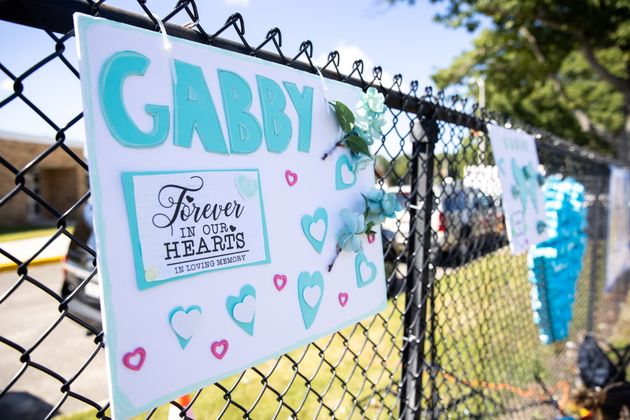 UNITED STATES – Young traveler Gabby Petito, whose disappearance has caused great emotion in the United States, died of strangulation and her death is a homicide, announced this Tuesday, October 12, the forensic doctor who supervised his autopsy.

“The cause of death is strangulation and it is homicide,” said Dr. Brent Blue, of Teton County, Wyoming, where the body of the 22-year-old was found on September 19.

She was killed three to four weeks before her body was found near Grand Teton National Park, he added without giving further details of the autopsy.

Her ex-boyfriend, Brian Laundrie, is actively sought by the authorities but remains untraceable.

Described as “person of interest in the investigation”, he was charged with fraudulent use of a bank card.

Her fiancé Brian Laundrie is still nowhere to be found, it’s been 1 month now. An arrest warrant has been issued against him, but not directly linked to Gabby Petito’s death: he was charged with using the young woman’s credit card after her death. #GabbyPetitopic.twitter.com/71LtdUFBIA

The couple had left New York in July for a trip in a converted van supposed to last four months and whose stages, in the awe-inspiring settings of the national parks of the American West, were regularly shared on Instagram and YouTube, through photos and videos.

But on September 1, Brian Laundrie returned home alone with the van to their Florida home.

On September 11, Gabrielle Petito’s family reported her missing, saying they had not heard from her since the end of August.

After following the lovers’ journey on social networks for weeks, Internet users began to mobilize to try to find the young girl, and the media took hold of the story.

The manhunt launched by the police, which takes place in a marshy reserve in Florida, and the intervention of a star bounty hunter of the reality show, fascinate American and foreign Internet users, who follow and comment on all the stages of the investigation.

One thought on “Gabby Petito, the young American traveler, was strangled – The HuffPost”