International forum against resurgences of anti-Semitism opens in Malmö 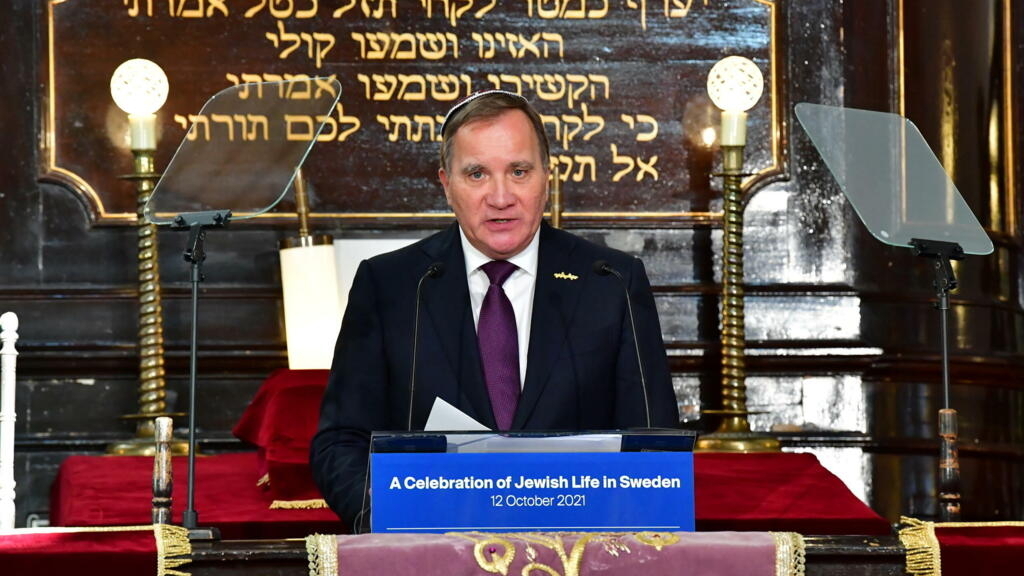 Sweden is organizing an international forum against Jewish hatred and Holocaust remembrance in Malmö on Wednesday. This city has been trying, for several years, to counter a wave of new anti-Semitism.

The choice of Malmö to host an international forum against hatred of Jews and the memory of the Holocaust is not trivial, the city of Sweden is increasingly associated with the fight against anti-Semitism.

Responding to the invitation of Prime Minister Stefan Löfven, the President of the European Council Charles Michel, the representatives of the United Nations, those of forty countries, as well as Internet giants will participate, Wednesday, October 13.

“Any young Swede who wears a kippah or a Star of David with pride is taking a stand against hatred,” the Social Democratic leader said Tuesday evening at a ceremony at the Malmö synagogue. Sweden’s third largest city, it is home to a large immigrant population from the Middle East.

At the end of his career – he will be leaving his post in November – Stefan Löfven has made the fight against anti-Semitism one of his last great fights, promising to better protect the 15,000 to 20,000 Jews in Sweden.

The authorities have promised to strengthen the resources of the police, to increase the envelope dedicated to the protection of the most threatened congregations and to prevention among young people.

In the Scandinavian country, complaints related to anti-Semitic crimes increased by more than 60% between 2016 and 2018, from 182 to 278 (6% of complaints for racist crimes), according to the latest statistics available from the Prevention Council of delinquency.

“People gave the Nazi salute when they saw my Star of David, or they made fun of me because I was Jewish,” Mira Kelber, head of youth for the Jewish community in Malmö, told AFP.

“A girl once said ‘she’s Jewish, gas her,'” said the 21-year-old daughter of a Holocaust survivor.

Malmö had particularly aroused concern from the beginning of the 2000s, due to incivility, insults and attacks targeting the small Jewish community (around 500 to 600 people today, four times less than in 1970).

Problems that had earned the large Swedish port to be considered one of the hotbeds of a new anti-Semitism in Europe, while it was through Malmö that the Danish Jews had fled the Nazis and that is where they had flocked in white buses of Holocaust survivors upon liberation.

“Today, Malmö has a better reputation than five or ten years ago, because we are working a lot more to fight anti-Semitism,” the city’s Jewish community leader Ann Katina told AFP. , even if it is a “fight that is not over yet”.

“There is a general concern”, summarizes Mirjam Katzin, coordinator of the fight against anti-Semitism in the schools of Malmö, a unique position in the Scandinavian country. “Some will not experience any abuse, while others will hear Jews used as insults, jokes about Hitler or the Holocaust or various conspiracy theories.”

The new concern is particularly to see anti-Semitism proliferate online. “Anti-Semitism takes the form of extreme hatred on social networks, it has not only moved there, but it has spread there,” says Ann Katina.

“There was an Instagram account where young people in my town put a lot of anti-Semitic things, but also things directed against me on a site called Ask where you can make anonymous posts”, explains Johanna Gosenius. , 18 years old.

Last week, the European Union (EU) presented its first strategy to combat anti-Semitism in the face of a “worrying increase”, including a major section against online hatred.

According to the EU Fundamental Rights Agency, nine in 10 Jews believe that anti-Semitism has increased in their country, and 38% have considered emigrating because they no longer feel safe in the EU.