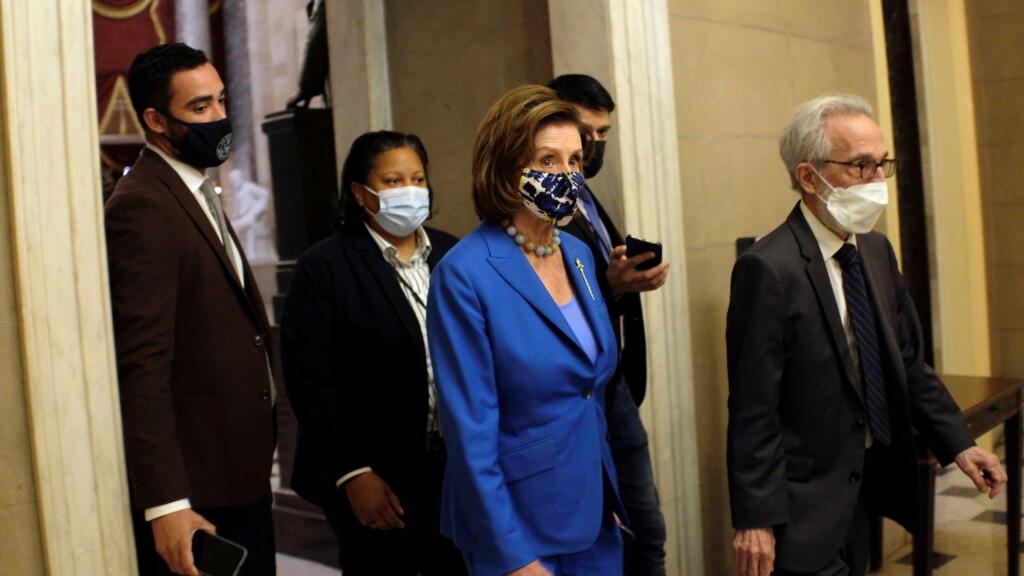 After the Senate, the US House of Representatives agreed on Tuesday to temporarily raise the debt ceiling by $ 480 billion until December 3. This text only postpones a parliamentary battle over the finances of the United States.

The risk of a US default is ruled out at least until early December. The US House of Representatives on Tuesday, October 12, approved the bill passed by the Senate last week on a temporary increase in the debt ceiling by 480 billion dollars.

The Democrats, who control the House of Representatives, adopted the text by 219 votes to 206. The vote followed party lines, with all Democrats voting for and all Republicans against.

US President Joe Biden is expected to sign the text later this week, before October 18, when the US Treasury warned the country could end up in default.

The resistance of the republicans

Its adoption was the subject of an intense standoff in the Senate, which finally approved this temporary solution last Thursday thanks to the very narrow Democratic majority.

“We cannot allow partisan politics to hold our economy hostage, and we cannot allow the routine of paying our bills to turn into a political showdown, undermining confidence, every two years or every two months.” , had stormed the spokeswoman of the White House Jen Psaki in the face of the opposition of the Republicans.

They refuse to approve any long-term measure to raise the debt ceiling, because they claim that this would amount to giving Joe Biden a blank check to finance his vast investment plans.

These plans have yet to be passed by Congress, however, so raising the debt limit serves to repay sums already borrowed, including trillions of dollars spent under the Trump presidency.

Republican minority Senate leader Mitch McConnell wrote to Joe Biden on Friday that he would not be working on further debt relief alongside the Republicans. He is now urging Democrats to reach a lasting solution on their own by December through a complex legislative path. But President Joe Biden’s camp has so far refused to use this “too risky” maneuver for the debt.

The text approved on Tuesday therefore only postpones until the end of November a parliamentary battle that promises to be epic over the finances of the United States.

The specter of “shutdown”

This showdown in Congress promises to be all the more tense as it will take place at the same time as the negotiations to approve a new budget before December 3.

If parliamentarians do not come to an agreement before that date, federal state funding will suddenly be cut (which is nicknamed “shutdown”), pushing hundreds of thousands of employees into layoff.

The high probability that the United States will return to the same financial uncertainty by December is far from reassuring institutions or the markets.

Democratic House Speaker Nancy Pelosi warned Tuesday: if the debt ceiling was not raised more sustainably, the impact would be “enormous” and the United States would experience in particular “a loss of six million jobs “. “Failure to pay would send shock waves through global financial markets.”

At the trial of the November 13 attacks, a week with the Bataclan dead – archyworldys

In Finland, a sustainable coffee grown in the laboratory

One thought on “US Congress approves temporary debt ceiling hike”