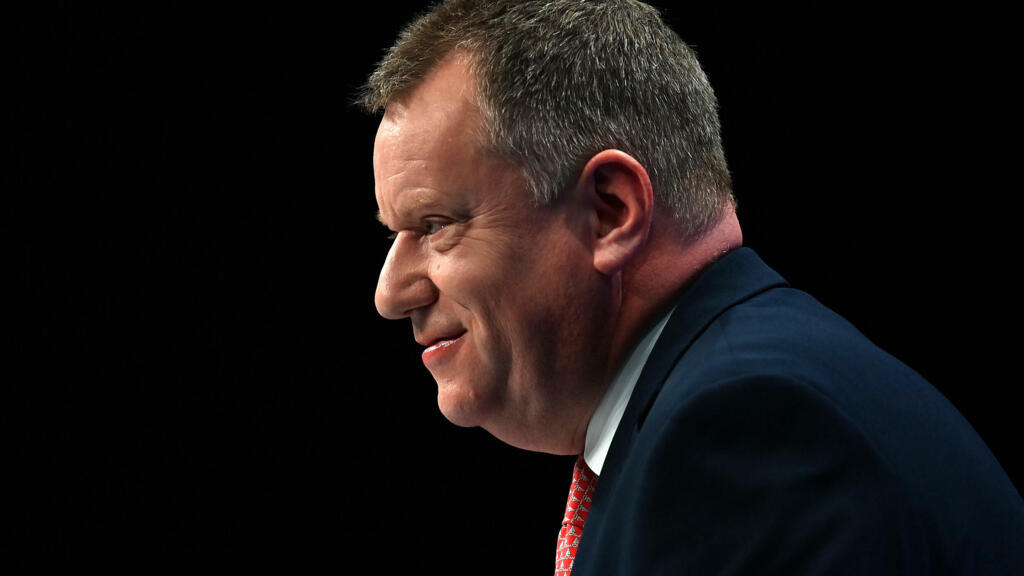 The British Secretary of State for Brexit presented on Tuesday a revised version of the post-Brexit Northern Irish protocol with fewer customs controls and international arbitration. The Europeans, for their part, must present their solutions on Wednesday.

Even before knowing the European proposals, London is taking action. The British Secretary of State for Brexit, David Frost, presented on Tuesday, October 12 in Lisbon a very revised version of the post-Brexit Northern Irish protocol.

The revised version would allow, among other things, “goods to circulate practically freely between Northern Ireland, maintained de facto in the European single market, and the rest of the United Kingdom”, detailed David Frost, contrasting according to him with the “excessive rigidity” of the first text.

This version also foresees the establishment of an “international arbitration” to enforce the laws of the single market in Northern Ireland, instead of the only recourse for the moment to a “system of European law controlled by the court of one of the parties “, the European Court of Justice (CJEU).

The text, which governs the trade of the British province with the rest of the United Kingdom after its departure from the customs union and the European single market in January 2021, “cannot continue in its current form”, hammered the diplomat British, citing a “very serious situation” in Northern Ireland.

The protocol was initially established to avoid the return of border infrastructures between the British province and the Republic of Ireland, place of friction during three decades of “Troubles” which opposed unionists, attached to the maintenance of the province within the Kingdom United, and Republicans, supporters of an attachment to Ireland.

But the text is now held responsible for supply difficulties and is accused by the Unionists of creating a border in the Irish Sea, raising fears of a return of tensions.

David Frost says the new text aims to “ensure that the peace process is not undermined” in the province.

“It is our responsibility to safeguard peace and prosperity and this may include if necessary the use of Article 16” of the protocol – which allows certain provisions of the agreement to be overridden in the event of “serious economic difficulties, societal or environmental “- warned David Frost.

The threat to unilaterally suspend the protocol

However, its introduction on the eve of the day when Europeans must present their own solutions provoked the ire of the Twenty-Seven, with Irish Foreign Secretary Simon Coveney accusing London of “rejecting solutions before they even happen. be published “.

The British diplomat then played moderation. “We are awaiting the proposals which will be presented tomorrow by Maros Sefcovic and the Commission, we will be really ready to discuss them – whatever they say – and we will obviously consider them in a serious, comprehensive and positive way”, said David Frost.

But they will have to “bring about a significant change”, he warned, because if the European Union “persists in this way” and makes “the historic mistake” of clinging to a version of the text too close to the First, London could unilaterally suspend the protocol.