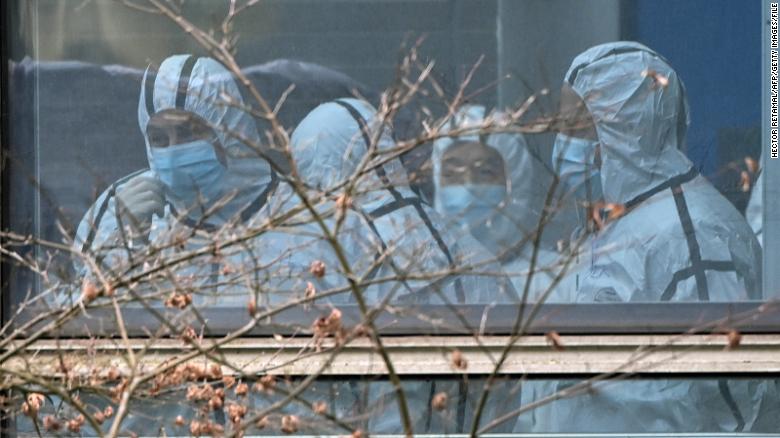 The doubts about China and the origin of the covid-19 1:43

(CNN) – Why has the theory that SARS-CoV-2, the virus that causes covid-19, leaked from a laboratory in China has endured so long?

It is not particularly because the solid and proven public evidence is growing rapidly.

Instead, the theory seems to persist mainly due to several important coincidences.

First, Wuhan, where the disease almost certainly started in China, is home to China’s leading level 4 biosafety laboratory, the Wuhan Institute of Virology (WIV). It, and two other labs in Wuhan, were researching coronaviruses, some of them in bats. WIV sequenced the genetic code for the closest known ancestor of SARS-CoV-2 in bats, a virus called RatG13. This virus is 96.2% identical to the new coronavirus that caused the pandemic. One of WIV’s principal investigators, Shi Zhengli, was nicknamed the “bat woman.”

Second, three WIV staff members fell ill in November 2019, just before the well-known outbreak began, according to US intelligence reports.

Sick staff needed to be hospitalized, according to the report. (But we do not know for what illness. We also do not have access to the samples that were taken from them when they were ill, nor to the results of any SARS-CoV-2 antibody tests after they became ill.) The World Health Organization (WHO) report on this issue, based on data provided by the Chinese government, presented a different conclusion. He said the staff health monitoring program at the three laboratories in Wuhan showed no positive antibody test results or COVID-19 disease registries in the weeks leading up to December 2019.

The WHO team investigating the origins of Covid-19 visited the Hubei Center for the Control and Prevention of Animal Diseases in Wuhan on February 2, 2021.

Finally, there is a third coincidence. The Wuhan Center for Disease Control and Prevention, key to virus prevention and detection, moved its laboratory to Wuhan on December 2, 2019. The WHO report, written in conjunction with Chinese officials, noted this fact. and said it could have been detrimental to laboratory operations. He also noted that the lab was moved to a location near the Huanan Seafood Market, the exotic animal trade center believed to have played a role in the early spread of the virus.

The move happened just six days before the first patient experienced COVID-19 symptoms, according to China’s account. (He is, according to the WHO report, an accountant working for a family business, with no known history of attending crowded events, contact with animals in the ‘wet market’, or exotic trips to the wild. These facts suggest that he may having gotten it in the city, maybe from someone else).

These three big coincidences fuel the theory of the laboratory leak and mean that it has not yet disappeared. Western intelligence officials CNN has spoken to say they cannot “refute” the idea, or prove it. These coincidences are perhaps the reason the theory stands on this gray ground – never permanently discredited, never proven. His solution is like “Ockham’s razor,” the idea that the simplest explanation is the most likely.

The geopolitical impact of the covid-19 pandemic 2:44

But none of this is solid or even convincing evidence that a lab leak has occurred. That evidence may exist and be superclassified within the government that owns it. But since it is not public, we cannot assume that it exists to confirm a bias that China is hiding something terrible.

But the likelihood that China is hiding something doesn’t help either. (Even the WHO team, who wrote a report with the help of Chinese officials, admit that they would like access to more material and better information, samples from hospital blood banks from the time of the outbreak, and raw data throughout. Hubei on possible cases in October and November. Despite making this clear months ago, they have not yet received the information.)

So what about the other main theory that the disease arose from animals and was transmitted to humans in a natural process?

This “spillover idea” is more complicated and also difficult to definitively prove. The WHO researchers share the same conclusion with most of the specialists in this field: that the disease probably came from bats, through another species, known as the “intermediary animal”, and later infected humans.

Why bats? One theory explains that because they flap their wings too fast to fly, they have a high average body temperature. When humans contract a virus, we have a fever, which is when the body slightly raises its temperature to kill the intruder. Viruses in bats learn to deal with a higher temperature as a standard. So if they cross paths with humans, our basic defense of raising our temperature doesn’t work. It also means that bats are a reservoir for robust viruses that have learned to survive.

Some scientists believe that SARS-CoV-2 may have passed from bats directly to humans. Most experts, and the WHO report, conclude that it was through an “intermediary animal”, another species that became infected before transmitting the virus to humans.

It is in this “intermediary animal” that things could have become even more complicated. The closest bat virus we know of to the new coronavirus in humans is the RatG13 virus, which WIV found. Scientists think that one of the ways it could have become SARS-CoV-2 is through a “recombination event.”

This is where a virus takes something from another virus it encounters: a bit like putting better wheels on a car, improving the effectiveness of the virus, but figuring out where and when this happened is a task of nightmare complexity. During 2019 – probably earlier – China was regularly testing 69 types of animals for rare viruses, he told the WHO. Any one of them – or many other unexamined species – could have been the location where a recombination event formed SARS-CoV-2.

The lab leak theory has a conspiracy spin-off. It suggests that the RatG13 virus could have been converted to SARS-CoV-2 through deliberate human manipulation, called “gain-of-function” research. Scientists do this by altering viruses in a laboratory to learn more about how viruses infect and impact humans. It can be dangerous, and it was briefly on hiatus in America under the Obama administration.

Some scientists say that attributing virus changes to “gain-of-function” research is an easy explanation that is often misused to explain any changes in a virus that could have occurred through complex, natural processes. These scientists rule out its role in the formation of SARS-CoV-2.

The final step in animal theory, called “zoonotic transfer,” involves the infected animal coming into contact with Patient Zero, the first human being known to be infected.

Suspicions have been raised about China’s expanding and unregulated exotic wildlife trade. Some eerie examples of the animal trade were photographed at the Huanan seafood market, which has regularly been associated with the virus outbreak. However, the WHO report concluded that many of the first known human cases in Wuhan had no contact with Huanan.

Tracing the virus back to the animal where it was first created is extremely difficult in an open and permissive environment. It is even more difficult in China, where the Chinese government has not provided a large amount of useful data to the WHO team.

All of these problems complicate the 90-day intelligence review ordered by US President Joe Biden. On one side of the argument is a ton of circumstantial evidence and coincidences that point to a lab leak. (US investigators will need strong evidence that a leak occurred and to assess whether China knew it had occurred.) On the other side of the discussion, supporting the theory of virus transfer or spread in nature, is the great preponderance of scientific research on the subject to date. However, it is also infuriatingly unfinished.

Amid all the blame, counter-accusations, suspicions, and cover-ups, we are left with a problem for humans as a species. We really need to know how and why this virus came about in order to prevent it from happening again.

Biden asks Intelligence to know the origin of covid-19 2:06