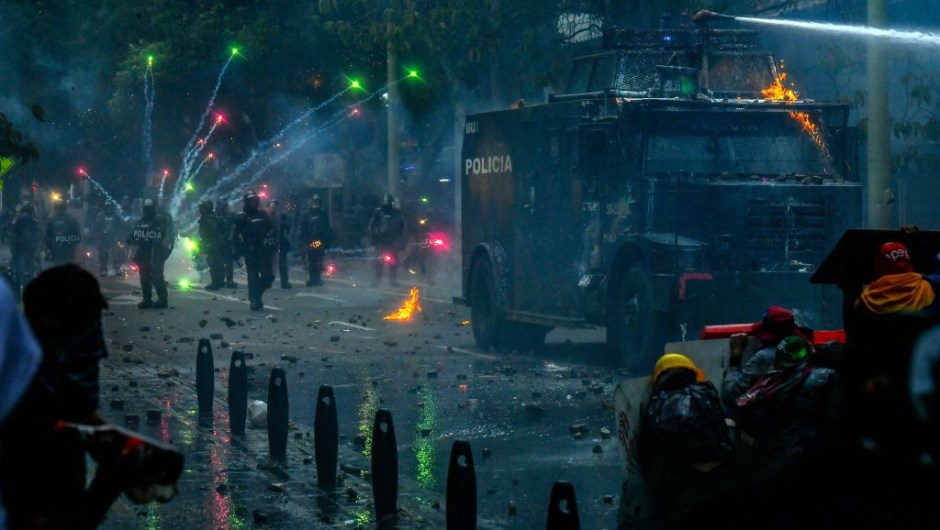 (CNN Spanish) – Major General Jorge Luis Vargas Valencia of the Colombian National Police, reported on Friday through his verified Twitter account that 151 marches were held throughout the country along with 197 concentrations and 34 mobilizations in the public demonstrations on Friday, May 28. .

Vargas also reported that there were 109 blockades on the main roads of the country where the public force had to intervene to unblock said roads.

The Major General also reported 5 police officers who were injured nationwide. Vargas said that violent actions occurred in the cities of Bogotá, Popayán, Medellín, Cali, and in the departments of Cundinamarca and Nariño.

In the context of police operations, Vargas added that 2,155 corrective measures were applied, most of them for carrying sharps weapons or dangerous substances, contempt for the police, carrying psychoactive substances, and 4 pneumatic weapons were seized.

The major general ended by saying that in the protests in Cali, the General Inspectorate of the National Police opened an investigation to determine possible faults by omission of some police officers, who apparently allowed armed civilians to open fire on protesters in the Ciudad Jardín sector, to the south From Cali.