The Taliban movement, in data 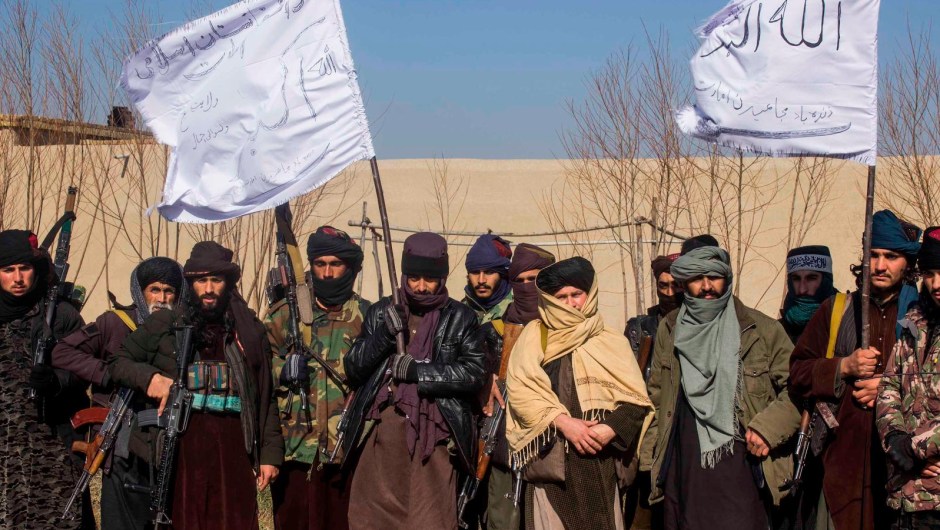 (CNN) – This is a look at the Taliban movement, a Sunni Islamist organization that operates mainly in Afghanistan and Pakistan.

Data: Outlaw leader Mullah Mohammed Omar led the Taliban from the early 1990s until his death in 2013.

Taliban, in Pashto, is the plural of talib, which means student.

Most of the members are Pashtuns, the largest ethnic group in Afghanistan.

The exact number of the Taliban forces is unknown.

The group’s goal is to impose its interpretation of Islamic law in Afghanistan and eliminate foreign influence in the country.

1989-1993 – After the Soviet Union withdrew, fighting between the Mujahideen leads to chaos.

1994 – The Taliban movement is formed, which is comprised mostly of students, and is led by the veteran Muyadhín Mullah Omar.

November 1994 – The Taliban take control of the city of Kandahar.

September 1996 – The capital, Kabul, falls to the Taliban.

1997 – The Taliban issue a mandate renaming Afghanistan the Islamic Emirate of Afghanistan. The country is only officially recognized by three countries: Pakistan, Saudi Arabia, and the United Arab Emirates.

1996-2001- The group imposes strict Islamic laws on the Afghan population. Women must be covered from head to toe, they are not allowed to attend school or work outside the home, and they are prohibited from traveling alone. They also ban television, music, and non-Islamic holidays.

1997 – Mullah Omar forges a relationship with Osama bin Laden, who then moves his base of operations to Kandahar.

August 1998- The Taliban seize Mazar-e-Sharif, and take control of approximately 90% of Afghanistan.

March 2001 – The Taliban destroy two 1,500-year-old Buddha figures in the city of Bamiyan, claiming they were idols desecrating Islam.

December 2006 – One of the main leaders of the Taliban, Mullah Akhtar Mohammad Osmani, is killed in an airstrike by the United States.

February 2007 – Mullah Manan, a senior Taliban commander, is killed in an airstrike in southern Afghanistan.

May 2007 – Mullah Dadullah Lang, one of the top Taliban leaders, is assassinated in a US-led and NATO-backed coalition operation.

August 2007 – During a visit to Afghanistan, Iranian President Mahmoud Ahmadinejad denies that his country is giving weapons to the Taliban.

October 21, 2008 – Foreign Minister Saud al-Faisal confirms that Saudi Arabia hosted talks between Afghan officials and the Taliban in September. It is reported that no agreement was reached.

April 25, 2011 – Hundreds of prisoners escape from a jail in Kandahar by crawling through a tunnel. The Taliban take responsibility for the escape, claiming 541 prisoners escaped, while ISAF says the figure is 470.

September 10, 2011 – Two Afghan civilians are killed and 77 US soldiers are injured during a vehicle improvised explosive device (SVBIED) attack at the entrance to Sayed Abad combat post, an ISAF base in Afghanistan’s Wardak province. The Taliban took responsibility.

September 13, 2011 – Taliban militants open fire at the US embassy and at the headquarters of NATO’s International Security Assistance Force in central Kabul. Three policemen and a civilian lose their lives. Taliban spokesman Zabiullah Mujahid tells CNN that his target is the US embassy, ​​government organizations and other foreign organizations.

February 27, 2012 – The Taliban take responsibility for a suicide bombing near the main gate of the International Security Assistance Force base at Jalalabad airport in Afghanistan. At least nine people died and 12 were injured in the blast. The Taliban argue that the attack is in retaliation for burning Quran books at a US base last week.

June 18, 2013 – A Taliban political office opens in Doha, the capital city of Qatar. The Taliban announce that they hope to improve relations with other countries, move towards a peaceful solution to the occupation of Afghanistan and establish an independent Islamic system in the country.

September 21, 2013 – Pakistan announces that Mullah Abdul Ghani Baradar, one of the founding members of the Taliban, has been released from prison. Baradar had been captured in Karachi, Pakistan, in 2010.

May 31, 2014 – The United States transfers five detainees from Guantanamo Bay to Qatar in exchange for the release of Sergeant Bowe Bergdahl. They are Khair Ulla Said Wali Khairkhwa, Mullah Mohammad Fazl, Mullah Norullah Nori, Abdul Haq Wasiq, and Mohammad Nabi Omari. Bergdahl is believed to have been being held by the Taliban and the al Qaeda-aligned Haqqani network in Pakistan.

September 26, 2014 – A Taliban offensive in Afghanistan’s Ghazni province leaves an estimated 100 civilians dead or injured, including some women and children who were beheaded, according to a provincial deputy governor.

July 29, 2015 – An Afghan government spokesman said in a statement that Taliban leader Omar had died in April 2013 in Pakistan, citing “credible information.” A spokesman for the Afghan intelligence services told CNN that Omar died in a hospital in Karachi.

December 21, 2015 – A police official said that the Taliban forces had taken almost complete control of Sangin, a strategically important city in Helmand province.

May 21, 2016 – Taliban leader Mullah Akhtar Mohammad Mansour is killed in an airstrike in Pakistan.

May 25, 2016 – The Taliban appoint Mawlawi Haibatullah Akhundzada as their new leader. She is a high-level religious cleric who is part of the founding generation of the group.

January 25, 2017 – The Taliban send an open letter to the President of the United States, Donald Trump, who has just taken office. The letter calls on Trump to withdraw US forces from Afghanistan.

April 21, 2017 – The Taliban attack an Afghan army base in the north of the country, killing and injuring more than 100 people.

July 25, 2017 – CNN reports exclusive videos suggesting that the Taliban are receiving weapons in Afghanistan apparently provided by the Russian government. Moscow categorically denies that it is arming the Taliban.

August 3, 2017 – The Taliban and ISIS launch a joint attack on a village in northern Afghanistan, killing 50 people, including women and children, according to local official sources.

Emma Čaputová responds to insults in the best possible way. It poses on the cover of the prestigious Vogue magazine interez.sk – Interez.sk

One thought on “The Taliban movement, in data”