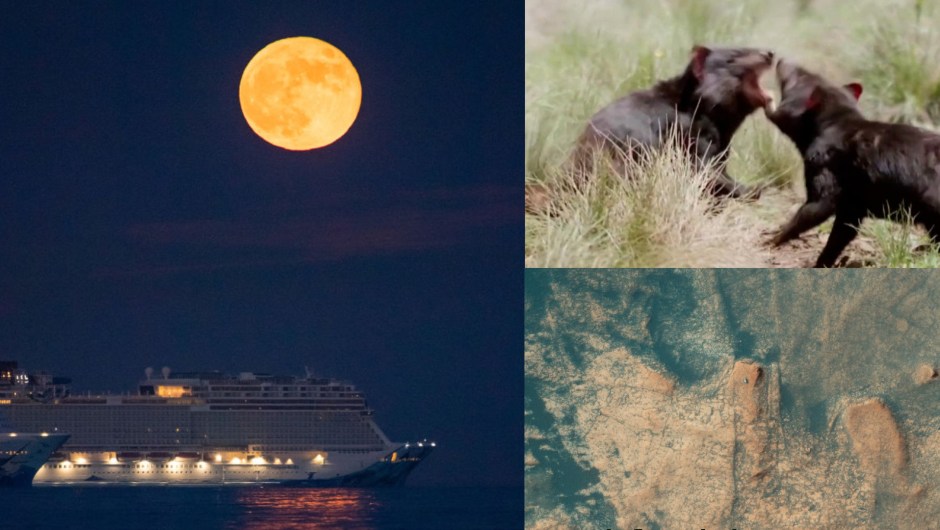 (CNN Spanish) –– A double astronomical spectacle crossed the sky and marked this week: a supermoon and a solar eclipse. The Moon was at its closest point to the Earth in full phase on May 26 and stole all eyes. Meanwhile, in Australia an animal –– famous for cartoons–– starred in a news worth celebrating. Seven baby Tasmanian devils were born 3,000 years after disappearing from the area. Also, we got a postcard of the Curiosity rover on Mars, from space.

Here are the most impressive videos of the week:

You missed out? Don’t worry, we collect the most impressive images left by the double astronomical show.

The supermoon and total eclipse could also be seen from Cancun, Mexico, where Mexican photographer Robert Fedez captured the phenomena. Fedez shared his images exclusively with CNN. If you missed the super blood moon, the next total lunar eclipse will occur on May 16, 2022.

This is what the blood moon looked like in Cancun 0:27

A school in Florida edited the yearbook photos to hide the cleavage of about 80 female students, sparking anger from parents and students. The school’s online site states that if the portraits in the yearbook do not match the district’s code of student conduct they may be changed. The district’s head of community relations told CNN that the yearbook coordinator made the decision based on her assessment that the women were not following the dress code.

School edits photos of female students to hide their cleavage 0:51

In mainland Australia 7 baby Tasmanian devils were born, after disappearing in the wild in the area 3,000 years ago. Here we show you this species that has been made famous by a cartoon.

The Curiosity rover on Mars, from space

NASA’s high-resolution camera captured a postcard from space of the Curiosity rover as it ascended Mont Mercou on Mars. The robot has traveled 25 kilometers on the red planet since its arrival in August 2012.

This is what the Curiosity rover looks like from space 0:36

Giant tortoise of a species considered extinct 100 years ago found

The Galapagos Islands celebrate the discovery of a giant tortoise found on Fernandina Island. It is a very special turtle, since it belongs to a species considered extinct 100 years ago.

Giant tortoise of a species believed to be extinct found 1:16

Editor’s Recommended: What the “Friends” Reunion Left Us

It was a long-awaited reunion: the cast of “Friends” met again on screen in an episode that was filled with nostalgia. And also of revelations. In fact, Jennifer Aniston and David Schwimmer, who played Rachel and Ross respectively, confessed that they liked each other during the filming of the series. They even shared details about their first kiss on television. But why did they never achieve that love?

Also, alongside the cast of “Friends” were a host of special guests who accompanied the special episode on HBO Max.

And if nostalgia overwhelmed you with this meeting, here are the 5 best chapters of the series, according to IMDb, that you cannot miss.

1 thought on “The most shocking videos of the week: from the supermoon and the eclipse to a turtle believed to be extinct in Galapagos”