Valorisation 2022: The guaranteed amount ends. Pensions will grow by a percentage – PRAVDA.sk

January next year will bring a fundamental change to the valorisation of pensions. Retirees will no longer receive a guaranteed fixed amount. This was the last year during which the so-called transitional period applied, according to which pensions grew by either a percentage or a fixed amount.


The Social Insurance Agency will send a written decision to the pensioner to increase the pension.

The valorisation mechanism is changing and pensions will increase only as a percentage, depending on the level of pension inflation. “According to the announcement of the Statistical Office of the Slovak Republic, the consumer price index for households of pensioners increased by 1.3% year-on-year. From 1 January 2022, pension benefits will increase by 1.3%, “said Zuzana Dvoráková, a spokeswoman for the Social Insurance Agency.

“It is still true that pensioners do not have to apply for a pension increase, the Social Insurance Agency decides on valorisation automatically and pensioners will receive an increased pension as always in the January payment terms together with the decision,” Dvoráková added.

After the new, however, each retiree will get an added 1.3 percent. So if someone receives a pension of 340 euros, their pension will increase by 4.50 euros and they will receive 344.50 euros. 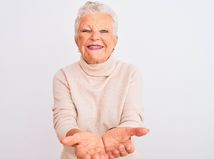 Read also Valorisation of the minimum pension: Amounts and examples

From 2018, pensions in Slovakia increased by pension inflation or by a fixed amount from a given type of pension during a transitional period, with the proviso that from 2022, pensions will increase only by pension inflation. The law was passed by the former government of Robert Fico, which also included members of the Hlas-SD party. And it is they who have now criticized this decision, which they themselves have approved, calling it a great shame and an outrageous number. “No one in the Ministry of Labor and in the government will have an eyebrow,” said Erik Tomáš, a member of the Hlas-SD party.

According to Tomáš, members of the group around Petr Pellegrini will submit a draft amendment to the Social Insurance Act to the October part-session of the parliament, according to which pensions would continue to increase by at least two percent of the average amount of the pension, the SITA report said. 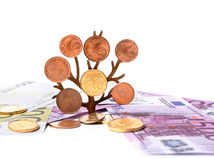 Read also Does the Social Insurance Agency not have enough money for pensions? He pays them out of other funds

White smoke in the center-right in Sicily. After days of controversy and names burned, day after day. ...

Motorists will have to be patient. The day...

The average price of electricity for regulated rate customers linked to the wholesale market rose 0.8% this Saturday compared...

The average price of electricity for regulated rate customers...