Prague has had a star-studded premiere of the film Charles! Ivana Gottová was accompanied by both daughters – PRAVDA.sk

Lucie Bílá, Jiřina Bohdalová, Zlata Adamovská, Juraj Jakubisko and many other famous personalities did not miss the Prague premiere of the documentary KAREL.

Fans of the late Karel Gott have finally arrived! The long-awaited and several times postponed premiere of the documentary by cameraman Jan Malíř and director Olga Malířová Špátová – Karel took place in Prague. The film will enter Czech cinemas on October 7, and Slovak fans will see it on November 11.

“Karel approached filming with complete peace and let himself be filmed even in situations with which he would find it difficult to agree ten years ago. He wanted his the story was true, “Said Ivana Gottová on the sidelines of filming the film.

The most anticipated lady of the evening was undoubtedly the singer’s widow, Ivana Gottová. At the end of September, she took part in the ceremonial preview of the documentary, which took place in Pilsen, Gotta’s hometown. This was Gott’s 45-year-old social event, which had taken place since her husband’s death.

However, the premiere in Prague was a bit more spectacular and full of Czech stars. Gott was accompanied on the red carpet by both daughters – the older Charlotte Ella (15) and two years younger Nelly Sofie. While Ivana Gottová and the younger daughter voted black for the premiere, Charlotte, whom the singer’s fans also know thanks to the duet “Hearts Don’t Go Out”, came in a beige dress. The director of the film, Olga Špátová Malířová, also accompanied the Karel Gott family at the premiere. 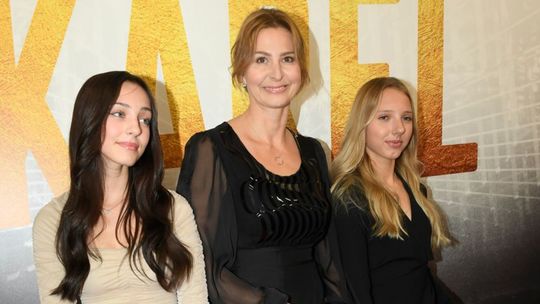 The screening of the film came shortly after the second anniversary of the singer’s death – Karel Gott died on October 1, 2019 at the age of 80. Even before the premiere, Gottová also remembered the sad anniversary, who published on the official website not only a joint shot, but also an emotional “confession to heaven”.

They accepted the invitation to the premiere in the Slavonic House – moderator Libor Bouček, who for years belonged to the singer’s close friends. Actress Jiřina Bohdalová, husband and wife Juraj Jakubisko and Deana Horváthová, actress Zlata Adamovská, Jiří Suchý, Felix Slováček, Vašo Patejdl, Dana Morávková and her husband Petr Malásek and many others were present. 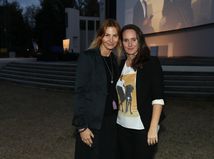 Read more Gott for the first time after Karel’s death in society! She smiled at her lips and the audience touched her

The premiere of the expected film was postponed several times. The film was originally supposed to reach the audience on October 1, 2020, but due to Ivana Gottová’s illness and the overall situation with the pandemic, the premiere date was postponed – finally, the film’s opening ceremony could take place only now, two years after the singer’s death.

Karel Gott, who suffered from acute leukemia, died on October 1, 2019. On October 11, 49,000 people attended a public farewell to the late singer Karel Gott at the Žofín Palace in Prague. On October 12, a funeral mass was held at Prague Castle in the Church of St. He welcomes, in the presence of his wife, Ivana Gottová, daughters of Charlotte Elly, Nelly Sofia, Dominica and Lucie, and invited guests.

Previous articleMore than 750,000 quality used cars and the end of fraud: New service is also coming to Slovakia – Podkapotou.sk
Next articleMore than 200 indigenous people take over the Petroperú pipeline station in Manseriche

Benjamin Mendy trial: the new terrifying testimony of a complainant who was allegedly raped several times in one night – CNEWS

On the sixth day of Benjamin Mendy's trial, one of the alleged victims of the French footballer told the...

As the engagement approaches, nothing goes between Louis and Charlène. Ego crisis in the kitchen: Enzo puts on...

They order the preliminary arrest of President Castillo's sister-in-law...
World

Benjamin Mendy trial: the new terrifying testimony of a complainant who was allegedly raped several times in one night – CNEWS

On the sixth day of Benjamin Mendy's trial, one...
World