Find here all of our live #GREVE

5:43 p.m. : In Dunkirk (North), around 300 demonstrators gathered to get answers “to the social emergency”, title The voice of the North.

5:44 p.m. : Among the workers present in the processions, there was for example Djamel. The salary of this security guard in the Paris region has not changed for fifteen years. “I am a confirmed security guard and my pay is 1380 euros, he laments. Why in this profession and in this branch has not changed? Wages are still frozen, this is not normal. “ The demands of this call to strike relate in particular to the increase in wages and the defense of purchasing power.

17:36 : Present with my friends from the @FranceInsoumise at the # manif5october in #Paris to support the employees mobilized against the reform of # insurancechomage and the decline in purchasing power. They demand an increase in wages and defend the employment of young people! Full support! https://t.co/BdZ0DhfIAD

5:44 p.m. : In Paris, the demonstration ended in peace at its point of arrival, at Opera. LFI deputy Alexis Corbière came “support the employees mobilized against the reform of unemployment insurance and the decline in purchasing power”. The CGT counted a total of 25,000 participants.

3:49 p.m. : “We are there for wages and for employment. We have strong purchasing power needs, not small aids like that. We need a substantial increase in wages”, testifies a striker on franceinfo. “There is a social emergency and the main one is the question of purchasing power”, abounds another demonstrator.

3:35 p.m. : # 5octoberEnGreve #inflation # greve5october several thousand in the street in Lyon this morning to refuse to be sacrificed to guarantee the employers’ profits. Workers make it all work, they have to run the company https://t.co/Kv5SFzzUvS 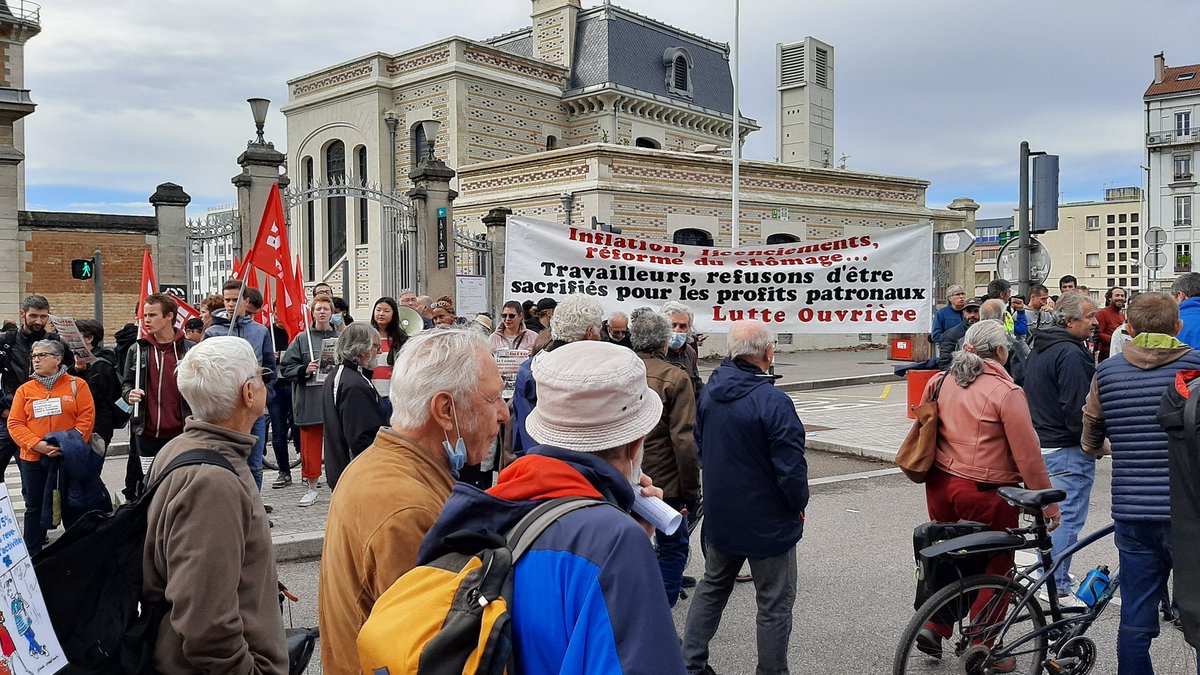 3:34 p.m. : The processions were launched all over France to defend wages, jobs, and protest against pension reforms and unemployment insurance, at the call of unions including the CGT, FO, Solidaires, FSU, as well as as the youth organizations Fidl, MNL, Unef and UNL.

14:46 : Among the professions mobilized, Atos employees, who oppose a relocation project which could lead to 212 “disguised dismissals”, according to them. “Atos, it’s us, it’s not the shareholders”, they chant. # Greve5october https://t.co/9QuXsg6lBh

14:46 : Slogans on purchasing power, mainly on pensions. Not a single cause here, more of a conglomerate. A colorful population, all ages, from students to retirees. # Greve5october https://t.co/7WYBg09Mob

14:47 : In Paris, the procession started half an hour ago, according to journalists on the spot.

2:48 p.m. : Processions set off in the streets of several cities in France at the call of the CGT, FO, FSU and Solidaires unions. In Bordeaux, around 3,500 demonstrators marched from noon, just under 1,000 in Périgueux and 1,300 in Bayonne, relays France 3 New Aquitaine.

If you are going to create your own podcasts and you want to...

A long-awaited coach who loses his first league match, a slipping transfer window and the case of Cristiano Ronaldo...

Morbihan: two minors heard, firecrackers at the origin of one of the fires? – CNEWS

Nearly twenty fires broke out on Saturday August 6, in Morbihan. A total of 440 firefighters were mobilized,...

A long-awaited coach who loses his first league match,...
World

Russia takes control of the largest nuclear plant in...
World

Morbihan: two minors heard, firecrackers at the origin of one of the fires? – CNEWS