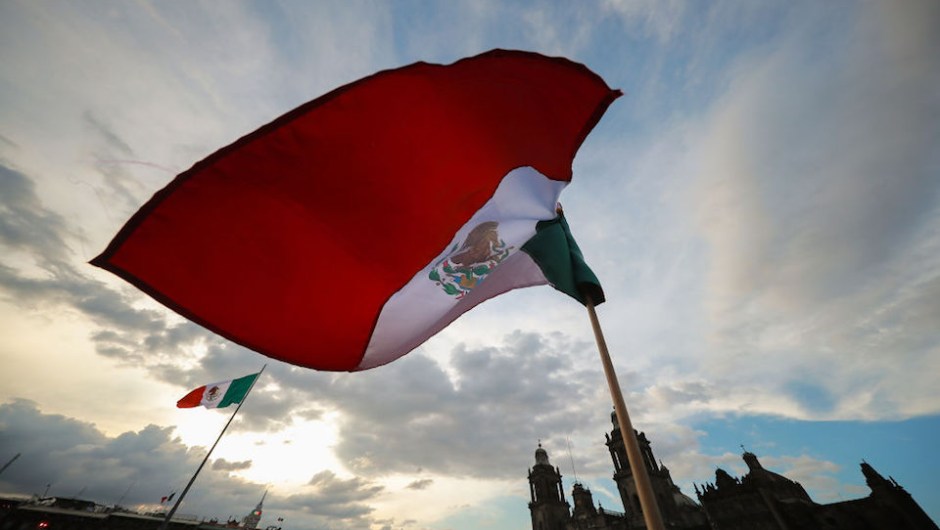 Editor’s note: Sabino Bastidas Colinas is a lawyer, analyst and political consultant. The opinions expressed in this column are solely those of the author. You can read more articles like this at cnne.com/opinion.

(CNN Spanish) – No democracy is exempt from authoritarian regressions. Democracies, as the sociologist Juan Linz said, break down. Mexican democracy –so close to the possibility of achieving its consolidation– faces a scenario of enormous vulnerability. It is certainly going through elections with great threats and risks, on June 6, but whose true backdrop is the presidential succession, the replacement of President Andrés Manuel López Obrador, and the desirable institutional transition of the left in 2024. A still a very long road that is just beginning.

Mexico is going in a few days to the largest elections of its federalism in very difficult conditions. After more than 20 years of complicated gradual adjustments in the local calendars and in the laws of the states, Mexican federalism finally managed to concentrate and synchronize the largest number of state and municipal elections, previously dispersed throughout the six-year term, with the dates of their federal elections.

In Mexico it was said that we had elections all the time. And it was true, with the political complications that this generated. Thus, for the first time, in the midterm election of the six-year term, when the Chamber of Deputies is renewed (500 legislators), the renewal of 15 of the 32 governors, 30 local congresses and 1,928 city councils and mayors of the 2,446 that the country has is also concentrated. . This is 78% of municipal governments.

This enormous logistical and political effort occurs in the middle of three anomalies of a different nature and all very delicate:

First, the anomaly of the covid-19 pandemic. The epidemic has put Mexican democracy under great strain and has undoubtedly affected its normal functioning. The epidemic has not ceased, the vaccination rate is still low in proportion to the population, and although at the time of writing these lines, the contagion and fatality rate has decreased, the fear of a rebound is a permanent factor of fear and inhibition . The epidemic has generated severe questions and, in my opinion, has eroded the government of President Andrés Manuel López Obrador, due to the health and economic results in managing the epidemic.

The epidemic has polarized and has changed the way of doing politics. The organization of the electoral day was altered, which raised their costs and it became more complex due to the amount of care and sanitary measures that will need to be taken; Obviously, with the epidemic, coexistence and the normal and family exchange of perceptions and points of view have been limited; there is very little and bad information, the pollsters have confessed the difficulties they have had to apply serious surveys in the middle of a health crisis; and the way of campaigning was modified.

Today doing politics and campaigning in the midst of an epidemic has become very complicated. The events are very small, and if not, they become highly criticized; Any candidate for popular election has to make himself known, paradoxically, walking the street with half his face covered by a mask or face mask, giving his fist instead of his hand and at a distance from the people he wants to approach , with all that that implies.

The second anomaly is the constant violence, insecurity and loss of territorial control that Mexico suffers in the face of organized crime mafias. Deaths due to violence in Mexico constitute in themselves another epidemic, as Dr. Juan Ramón De la Fuente has said. In the first four months of 2021, according to the Executive Secretariat of the National Public Security System, 9,507 intentional homicides were reported, that is, about 79 daily homicides, on average.

In this electoral process, very regrettable events have occurred, from threats and attacks to homicides, the most recent being that of Alma Rosa Barragán, candidate for mayor of Moroleón for the Citizen Movement, which occurred on May 25.

According to the Etellekt office, there are 476 attacks against officials and candidates in the electoral process and 31 homicides of politicians who they directly aspired to some position.

The deterioration of public safety conditions, it is true, is not new, but the wear and tear of so many years already constitutes social exhaustion and a matter of ungovernability rather than public safety.

The third anomaly, perhaps the most worrying, is the radicalization of President López Obrador, his little care with the electoral process, and a series of unprecedented attacks, from the Presidency of the Republic, against democracy, parties and electoral institutions.

The president looks exhausted, erratic and nervous in the morning conferences he holds Monday through Friday. He immersed himself in the election. It has increased its attacks on opponents, as we pointed out, its questioning of autonomous bodies in general, but also of businessmen, the media, federal judges and some ministers of the Court, intellectuals and governors . The process against the governor of Tamaulipas and its borders of illegality have polarized the environment and away any scenario of political agreement after the election.

The Economist: Mexico’s President is a False Messiah 1:07

All this political clash has outlined the possibility of an electoral reform and the possibility of using popular plebiscites in an unconstitutional way to undertake important reforms. The president appeals to justice above the law, and last week even launched the Secretary of the Navy against the Judiciary with very serious accusations, stating that “the enemy is at home.”

The left that is expected and needed in Mexico is a constitutional, institutional and democratic left. López Obrador has presented an ambiguous behavior in the first 2 years 6 months of his government. Sometimes it looks reformist and moderate, for example, before the signing of the new free trade agreement (T-MEC), or in the austerity policies and the generally prudent management of public finances. But at times he appears radical and even revolutionary, for example, in his initiatives to reform hydrocarbon laws, the electricity industry, and in his attacks on the rule of law and democracy.

The questions that investors, businessmen, opponents and even collaborators and allies of the president have been asking since the beginning of the administration is: Will López Obrador radicalize? When will it be radicalized? How much and how will this radicalization manifest itself? How loyal will you be to democracy? How undemocratic will the end of his term be?

With these questions as context, the opposition has tried to make this election a kind of dilemma between authoritarianism and democracy.

The candidates aligned to López Obrador are running in one way or another for 6 of the 10 parties with registration: Morena, Labor Party, Green Party, Progressive Networks, Force for Mexico and the Encuentro Solidario Party. And they were presented as favorites at the beginning of the campaign.

The opposition parties, for their part, are very weakened and did not do their job. The traditional parties of the transition from both the right and the left: the Institutional Revolutionary Party, National Action and the Democratic Revolution, articulated an anti-AMLO front in a coalition led by rival businessmen of López Obrador, and they try to appeal to the useful vote in around that dilemma.

Only one party is alone or not aligned, Movimiento Ciudadano, which is trying to become the third way, and which may have some important local successes, but which is estimated in the polls will have a very small bench in the Chamber of Deputies.

After the crushing victory of 2018, with more than 30 million votes in his favor, it was expected that in 2021 the election, although a little diminished, would be a comfortable victory for López Obrador. However, the election recovered some uncertainty and the numbers may not be as good for the president, although we all agree that the ruling coalition can retain a simple majority in the Chamber of Deputies.

The conditions of the election took an important turn, when the president’s party modified and extended – through a secondary law – the term of the president of the Supreme Court of Justice, Arturo Zaldívar, openly violating article 97 of the Constitution.

The real risk of the court being captured by the president alarmed many decision makers and intensified opposition activism. The reason is very simple: that a good part of López Obrador’s reforms are contested and frozen in the Judiciary, pending the changes that make their approval in plenary session possible.

This, added to the controversial application of some Morena candidates questioned by various scandals and the unfortunate fall of a bridge on Line 12 of the Mexico City Metro – which involves Marcelo Ebrard and Claudia Scheinbaum in a liability controversy, two of the president’s main operators and collaborators -, plus the political and economic erosion of the pandemic, broke the idea of ​​the Morena steamroller and weakened the idea of ​​building a hegemonic party in this election.

The president’s popularity remains high and the political climate has become tense. It will surely be a process with high levels of judicial challenge in the Electoral Tribunal of the Federal Judicial Power. There will be several states where, if Morena loses, she will narrowly lose. It remains to be seen how the president reacts to the results the day after the election. See if the Government calls for calm, to respect the results and the construction of agreements and governance, or if they undertake or support processes of activism, civil disobedience or mobilization.

It is worrying that the president seeks to erode electoral institutions, to undertake a reform of democracy that begins to build a scenario of authoritarian regression. It is worrying that there are no solid and legitimate political interlocutors. It worries that the power of the president is used to ignore plurality and impose a single way of thinking. In summary, the authoritarian drift that the six-year term, the left in power and President Lopez Obrador himself are concerned about.

On June 6, the midterm elections will take place in this context. Democracy is at stake. Democratic normality is subjected to the abnormality of a very strong and delicate breakdown scenario. It is a tough test for Mexican democracy. On the verge of consolidation, the question is: will Mexican democracy withstand this ordeal?

1 thought on “OPINION | Mexico: a democracy with three anomalies”