Juanes explores the roots of his musical tastes in «Origen», his album and documentary with Amazon Prime 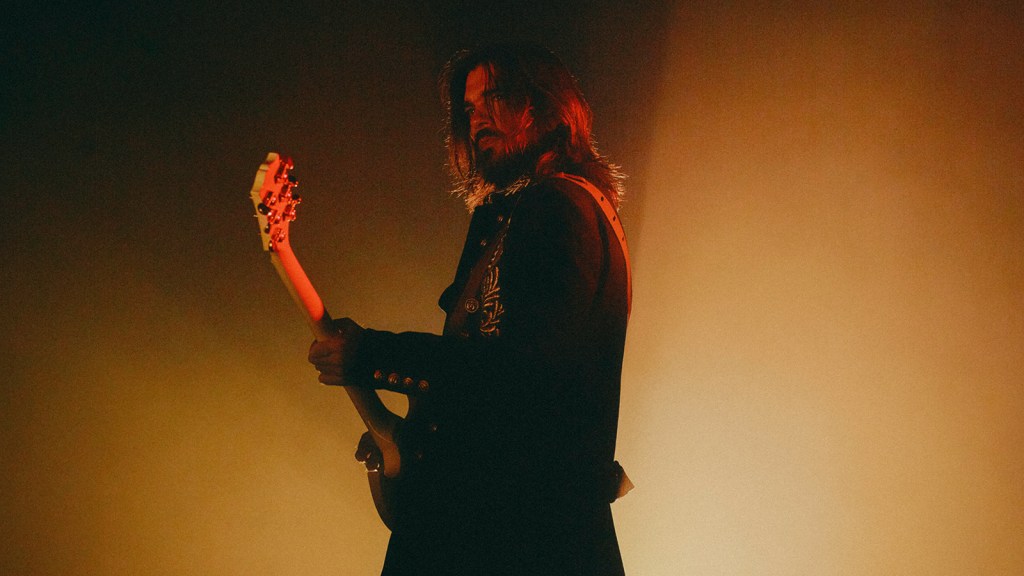 (CNN Spanish) – If you think about your childhood, you will surely remember a song, be it the one your mother sang to you or the first album (or cassette) you bought, a memory that marks the origin of your musical tastes.

Under this premise Juanes presents «Origin», a project that includes a reversal album of the songs that influenced him before becoming an artist and a documentary – of the same name – of the production process of this, his tenth studio album.

The musical «Origin» of Juanes

Before being the Colombian superstar who fused rock and pop in Spanish and became the representative of all of Latin America to the world, Juan Esteban was a young rocker, metalhead.

Something unavoidable. His adolescence, a decisive time for the formation of musical tastes, it happened in the eighties. Juanes explains that in that decade the young people of Medellín immersed themselves in genres such as rock, metal and punk, to escape, to drain the frustration they felt for the violence in which the city was submerged at the hands of the guerrillas, paramilitaries, drug trafficking, among others.

Perhaps this is no surprise to his loyal fans. In the beginning, Juanes unleashed his passion for metal (in this case trash metal) with Ekhymosis, his first band. In addition, on multiple occasions he has confessed that one of his favorite bands is Metallica and has even said that he would like to collaborate with them.

Kraken is another of Juanes’ favorite bands, so «Every man is a story»Was non-negotiable on the album: it was the first single he bought with his own money.

Its exploration in other genres

But beyond these rock origins, there was an artist who appreciates rhythms such as bachata, cumbia, salsa, merengue or reggae.

Genres —and exponents— that he would discover in his adolescence and that are part of the sound identity of the 25-time winner of the Grammy and Latin Grammy awards.

And those classics of Spanish and Anglo-Saxon music are the essence of «Origen».

«Source it is my personal tribute to several of those artists and songs that most influenced me before my solo career, “says Juanes through a statement.

«These are the songs that continue to be a map to which I constantly return to remember who I am, where I come from and where I am going. It is the music deep in my heart, which will never be forgotten, “he adds.

Hits such as “La bilirubina” by Juan Luis Guerra or “Rebelión” by Joe Arroyo were important musical pieces in the interpreter’s adolescence.

For example, “Rebelión” in its original version is a salsa, but for “Origen” Juanes prints the electric guitars of rock, making it – in his words – “the most rock song” of the production.

“It shows that the song is a good song because it can be put into (various) styles,” says Juanes in the Amazon Prime Video exclusive “Origin” documentary.

With “Bilirubin”, a merengue, Juanes remembers that success was what he listened to at a time when he was very rocker. Precisely when he was going to dance with his girlfriend at the time, Juan Luis Guerra’s music always stood out in Medellín.

Reinterpreting classics like these or “El juramento” by Julio Jaramillo or “Volver” by Gardel, could seem like a daunting task. However, Juanes says that neither he and Sebastián Krys, with whom he co-produced the album, were never afraid in the development of the project.

All the songs started from a classical instrument, one that even our body “imitates” through the Latin people of our heart: percussion.

The audiovisual production of «Origen» takes us in its beginnings to the time when The Beatles arrived for the first time to the Ed Sullivan show, which was a milestone on American television.

With the same aesthetic, black and white image, in a set design typical of programs from the sixties, Juanes opens the production with an interpretation of «Volver».

The documentary includes never-before-seen photographs and videos of Juanes in his childhood and we discover the origin of Juanes’s love for the guitar, an instrument he says he has been playing for as long as he is right.

Also, the production has the participation of four artists: Fito Páez, Juan Luis Guerra, Ziggy Marley (son of Bob Marley) and Joaquín Sabina. All present for a reason: to see their reactions to cover de Juanes of his successes.

“I’m going f *** out of fright,” Juanes said prior to the video call with each of those superstars.

«Those three minutes that that song lasts is a bitterness, because: what is he thinking? Could it be that you like it? ”, Says the singer in the documentary and confesses that the artist who imposed the most on him was Juan Luis Guerra, due to his ability to disseminate a song on an instrumental level.

The four artists praised the reversal and even Sabina said that “you know that this song (” And they gave us ten o’clock “) they have made thousands of versions and this is the one that I liked the most … Nobody gets mad at me.

These are the songs that Juanes reversed for this production:

One thought on “Juanes explores the roots of his musical tastes in «Origen», his album and documentary with Amazon Prime”