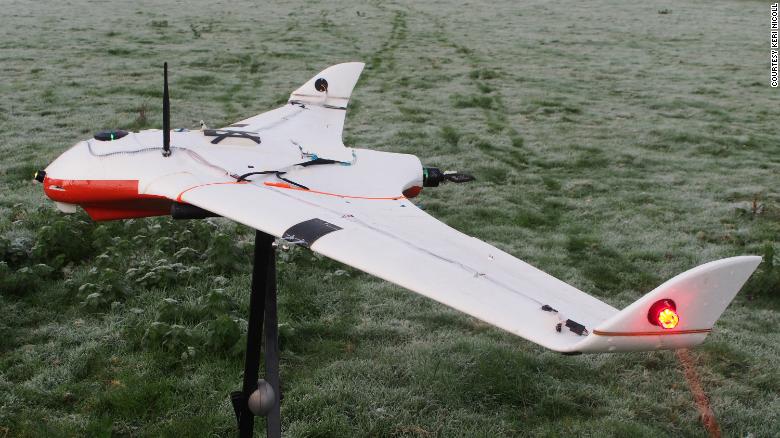 (CNN) – With a harsh desert climate and average rainfall of just 10 centimeters a year, the United Arab Emirates (UAE) needs more fresh water. In search of a solution, the country funds scientific projects from around the world to try to make it rain.

One of these projects involves using catapults to launch small unmanned aircraft that fire an electrical charge into the clouds.

Initially, a team of scientists from the University of Reading in the UK came up with the idea in 2017. Now, custom-built drones will soon begin testing near Dubai.

The idea is that if cloud drops are charged, they are more likely to fall as rain.

“There has been a lot of speculation about what the charge might do to cloud droplets, but there is very little practical and detailed research,” says Keri Nicoll, one of the principal researchers on the project.

The size of the raindrops is important

The objective is to determine if the technology can increase the rate of rainfall in regions with water problems.

Nicoll’s team began by modeling the behavior of clouds. They found that when cloud droplets have a positive or negative electrical charge, the smaller droplets are more likely to merge and grow into large raindrops.

Likewise, the size of the raindrops is important, Nicoll says, because in places like the UAE, where there are lots of clouds and high temperatures, the drops often evaporate as they fall.

“What we’re trying to do is make the droplets inside the clouds big enough that when they fall from the cloud, they survive to the surface,” adds Nicoll.

The unmanned aircraft of the project, which are like the ones in the photo, have sensors and charge emitters. (Courtesy of Keri Nicoll).

The proposal was chosen to receive funding of US $ 1.5 million, to be divided over three years, from the Rain Science Research Program, an initiative of the National Meteorology Center.

To test the model, Nicoll and his team built four six-foot drones. They are launched from a catapult, have a full autopilot system, and can fly for about 40 minutes.

Each aircraft has sensors to measure temperature, cargo and humidity, as well as charge emitters – the part that performs the charging of electricity – that were developed with the University of Bath in the United Kingdom.

So far, tests have been conducted in the UK and Finland, and ground-based measurements of cloud properties have been taken in the UAE. The research was published in the Journal of Atmospheric and Oceanic Technology.

Due to the pandemic, Nicoll’s team was unable to travel to the UAE, so they trained operators from a Dubai flight school to use their drones. They are now waiting for the right weather conditions to complete the tests.

Raindrops are not unique to Earth 0:46

Cloud seeding and breakthroughs in the UAE

As climate change alters weather patterns, causing severe droughts in some places and floods in others, interest in knowing how to control the weather grows. According to the World Wide Fund for Nature (WWF), two-thirds of the world’s population could suffer from water shortages by 2025.

Although the University of Reading project ends this year, Nicoll wants future projects to combine the electrical charge of clouds with cloud seeding, a weather modification technique in which drones inject particles of silver iodide or salt into clouds to bring rain or snow.

For her part, Alya Al Mazroui, director of the UAE Research Program for Rain Enhancement Science, says the organization is already experimenting with cloud seeding.

“More and more countries are investing in weather modification research and applications, especially those in arid regions like the UAE,” he says.

The UAE conducted 242 cloud seeding missions in 2017, according to the National Meteorology Center. In 2018, Al Mazroui told CNN that stimulating rain could offer a more cost-effective and environmentally friendly solution to water safety than alternatives such as desalination, in which salt is extracted from seawater.

On top of the above, the UAE has one of the largest desalination operations in the world, with huge amounts of brine produced as a by-product. But pouring brine into the sea can harm marine life.

Other countries that have invested heavily in cloud seeding are the United States and China. The latter announced last December that it would expand its weather modification program to cover an area of ​​more than 5.5 million square kilometers.

Although the concept of cloud seeding has been around for decades, there is little research to prove its effectiveness. A study funded by the US National Science Foundation in early 2020 found that seeding with silver iodide could increase snowfall.

But there are questions about whether seeding clouds in one location could remove rain from another location, and the long-term environmental impacts of silver iodide. Also, the process is very expensive.

“There is still a long way to go to test the effectiveness of weather modification by seeding clouds to increase rainfall,” says Nicoll.

However, we may soon be one step closer to finding out the efficiency of the electrical charge of clouds.

1 thought on “Scientists charge clouds with electricity to cause rain”