Once again the essential workers of the pandemic are victims of a mass shooting, this time in San José 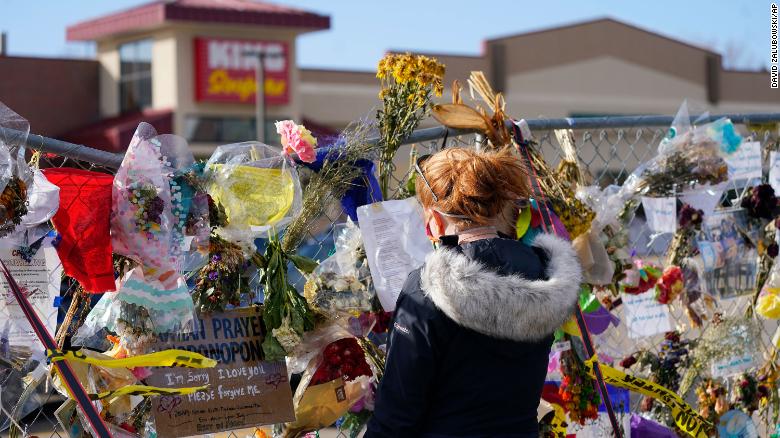 They reveal details about the death of the shooting suspect 3:49

“And now we really ask you to be heroes for the second time, to survive such a terrible tragedy,” added Chávez.

Authorities have not provided further details on the victims for now, but Mayor Sam Liccardo made it clear that they played a critical role in helping the community continue to function during the pandemic.

“These are and were essential workers,” Liccardo said. “They showed up every day to operate the light rail and buses to ensure that people could continue to make their living amid all the challenges of the pandemic, risking their own lives doing so.”

Wednesday’s mass shooting is the latest to kill essential American workers at their workplace.

Last month, a shooting at the FedEx facility

Last month, eight people died in a FedEx Ground facility in Indianapolis when a gunman got out of his car and started shooting.

All of them they worked in the facilities, and they were among dozens of people at the time, many of whom were changing shifts or were on a dinner break, according to the authorities.

Amarjit Sekhon, 48, and Jasvinder Kaur, 50, were the mainstays of their families and members of the city’s close-knit Sikh community.

32-year-old Matthew R. Alexander was a kind and trusted friend. Karli Smith, 19, was remembered in her high school as a hardworking and dedicated student. John Weisert, 74, was a retired engineer who worked at the facility to earn extra money for his family. Samaria Blackwell, 19, dreamed of being a police officer to help people. Amarjeet Johal, 66, and Jaswinder Singh, 68, also died.

The shooting was a “horrible reminder that workers in the United States, whether they work in a grocery store or a FedEx warehouse, face increasing and unspeakable risks and threats,” said Marc Perrone, President of the Union. Food and Commerce Workers International (UFCW), it’s a statement.

“While we have rightly focused on doing more to protect essential workers from the risks of the pandemic, our corporate and elected leaders must do more to tackle the epidemic of gun violence that threatens the lives of workers.” Perrone said.

A campaign of GoFundMe verified for victims’ families.

A gunman opened fire in a grocery store

In March, 10 people died at a King Soopers grocery store in Boulder, Colorado.

A visitor looks at the memorials hung on the temporary fence surrounding the King Soopers store parking lot in which 10 people were killed in the mass shooting in March, April 9, 2021.

Olds, the storefront manager, wanted to be a nurse, but at the time she was “pursuing her dream of being a store manager in King Soopers,” her uncle previously said.

Leiker’s family said in a statement that at age 3 she had been diagnosed with cognitive disabilities, but that never stopped her. She began living independently at age 21 and started her first and only job at King Soopers in 1989. She was “a courtesy clerk (bagger), brought carts and helped wherever she was needed,” they said.

Stong tried to protect the others when the attacker started shooting. A friend of hers said then that he had “no doubt that he lost his life trying to save other people.”

In a recent statement, Mayor Sam Weaver called the store an “essential community asset,” adding that it “provides livelihoods, services and a hub for our community.”

One thought on “Once again the essential workers of the pandemic are victims of a mass shooting, this time in San José”