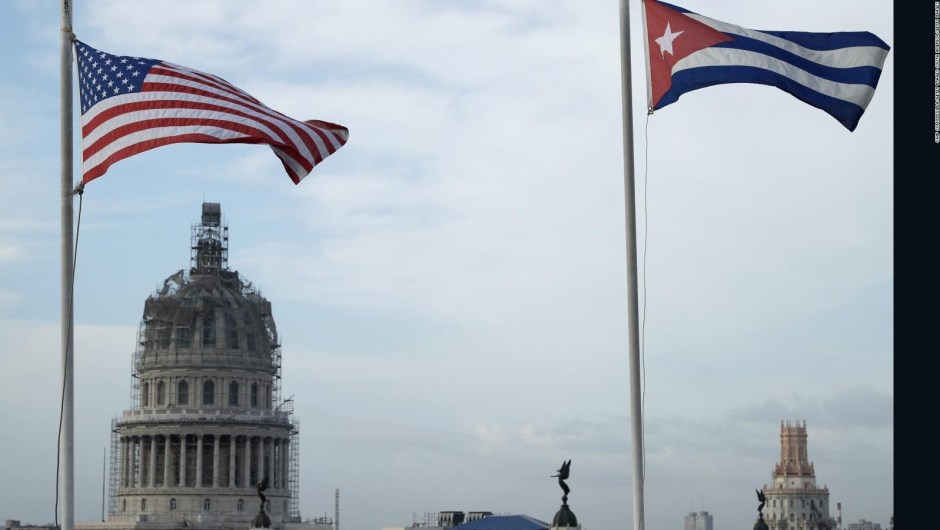 Editor’s note: Jorge Dávila Miguel has a degree in Journalism since 1973 and has maintained a continuous career in his profession to date. He has postgraduate degrees in Social Information Sciences and Social Media, as well as post-university studies in International Relations, Political Economy and Latin American History. Currently, Dávila Miguel is a columnist for El Nuevo Herald, on the McClatchy network, and a political analyst and columnist for CNN en Español. The comments expressed in this column belong exclusively to the author. See more at cnne.com/opinion

(CNN Spanish) – Cuban television says, in the voices of the prosecutor José Luis Reyes Blanco and the presenter Humberto López, that through the current Penal Code and the laws of Protection of National Independence and the Economy of Cuba and of Reaffirmation of the Dignity and Sovereignty of the country Those who attempt to subvert Cuba’s economic political and social order may be prosecuted in absentia.

The news, exclusive to the program We make Cuba -and I say exclusive because no single credible source has been found that corroborates the real intention of the Cuban State to judge in absentia- has resulted in a whole sociopolitical hubbub in Miami … Everyone comments on the fact, some with melodramatic overtones and others with dyes of jarana. Some are not surprised that this will be the case, “because the Castros are capable of everything,” and others ask the Most High to process them in absentia from Havana, such as the influencer Alexander Otaola, because that is how the Cuban Government – says the Cuban government himself influencer–– would provide you with the best content for your popular Hola Ota-ola! And the “influencer” also says that he will feel obliged to set a salary for the judges and officials of the Cuban Ministry of Justice who accuse him, because they are going to give him better content for his program and more shows, ripping them. Otaola don’t think that’s true.

Me neither. I imagine that Humberto López, inflamed with authority and decision by his recent appointment to the Central Committee of the Communist Party of Cuba (PCC) and inspired by the repeated official calls to revitalize the press, came up with the topic, or heard it on Somewhere, and as it would be an interesting note, that would call – as it has drawn – attention, it did not speak ill of the Government, which is what it generally sells in this second great Cuban city that is Miami, it called Reyes Blanco and planted 30 minutes of interview before the camera. To say that it was perfectly legal in Cuba to do so.

But it is not as easy as Reyes Blanco answers. It does not matter that Cuban legislation provides the “weapons” to prosecute someone in absentia. What matters are the international procedural norms to be able to establish the accusation, continue it and even request the extradition of the accused or the one already convicted by Cuban law.

Examples are conventions to extradite or prosecute the UN, signed by some 20 countries on four continents, which establish the guidelines of the procedures and the content of the specific agreements that endorse the agreement to extradite or judge in force between the signatory nations. Cuba is not a signatory of these agreements – although it does have bilateral agreements with some countries – so, if, as Reyes Blanco says and López happily agrees, Cuba is able to request extraditions from other countries, or simple collaboration, it should start by signing more international treaties that, on the other hand, would oblige him to reciprocate in action with those countries. It is true that in various countries of the world, both the first and the third, there are trials in absentia, but the rigor of the procedure to guarantee procedural justice is extensive.

Imagine the Cuban judicial system, so lacking muscle in justice –– except for the sternocleidomastoid and the trapezius when it says yes to government requests–– if it intends to be at the level of international judicial procedures, in the case of a trial in absence or an extradition request.

However, the sword sometimes has two edges. And perhaps the true edge of Humberto López’s program is not outside the country, but inside. They have detailed several articles of the Cuban Penal Code, such as 80, 144, 103 on enemy propaganda, and 104 on sabotage for which it is not necessary to complicate with the agreement of the law in other countries. With them, it is perfectly possible to condemn within Cuba.

And in the aforementioned program it was clarified several times that said articles and laws are not in contradiction with the recent Constitution of 2019. We make Cuba That night seemed to be a public recapitulation of the legal weapons that the Cuban state has to control a not large, but notable movement of protests. As the President of the Republic and First Secretary of the Party said, Miguel Díaz-Canel, in his first speech as such: “We are not going to allow the ‘artivistas *'[…] From chaos, vulgarity, contempt, smear the flag and insult the authorities. […] That the patience of this people has limits! “

* artivista: a mixture of art and activism. They are or consider themselves artists, and at the same time political activists.

1 thought on “OPINION | Will the Cuban opposition exiles be tried in absentia? I doubt it, but the sword has two edges …”