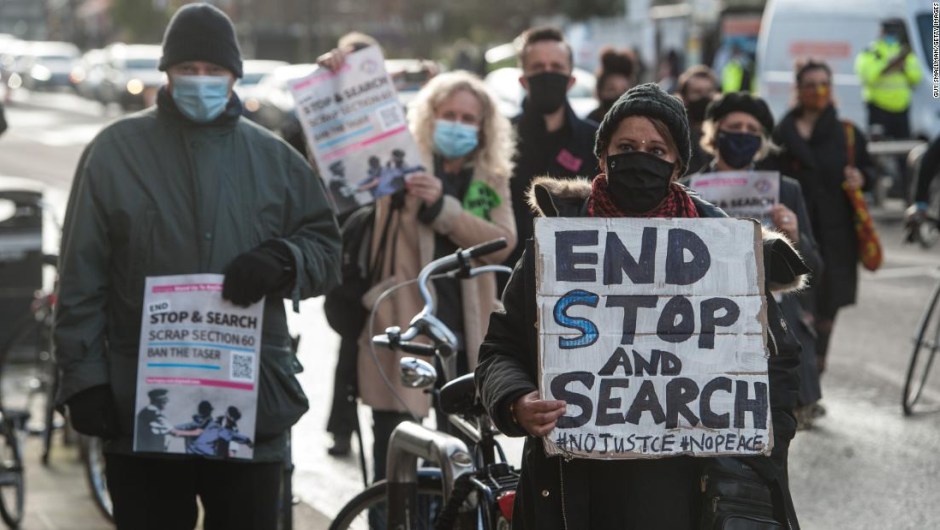 (CNN) – Police forces across the European Union have been accused of illegal “ethnic profiling” and discrimination, after a study revealed that they disproportionately detained and searched members of various ethnic, religious and other minority groups.A report published by the European Union Agency for Fundamental Rights (FRA), an independent organization, pointed out for the first time the racial disparities in police identifications in many EU countries.

The agency found that people belonging to ethnic minorities, Muslims, those who do not identify as heterosexual, men and people between the ages of 16 and 29 were detained and registered at disproportionately higher percentages across the EU, according to reported Tuesday in a press release.

The report is based on the EU survey on minorities and discrimination, conducted of some 35,000 people across the EU, the UK and North Macedonia.

The probability of being detained or inspected varies significantly depending on where people come from, according to the report, which further notes that the police detained almost 50% of people belonging to certain minorities in some countries.

FRA Director Michael O’Flaherty said the report came at a time of increased scrutiny from police. “A year ago, the Black Lives Matter protests highlighted the need to tackle racism and discrimination that are still too common in our societies,” he said. “It is time to rebuild trust between all communities and ensure that police inspections are always fair, justified and proportionate.”

The report found that people who have experienced racial profiling also tend to trust public authorities less than those who have not.

While the survey revealed that 14% of all people in the EU were registered or asked for their identity documents when they were detained by the police in the 12 months prior to the survey, that figure rose to 34 % in the case of persons belonging to ethnic minorities.

In Greece, people who identify as South Asian are the most likely of all groups in all countries to experience what they describe as racial profiling by the police: 89% said they had had such an experience in the five years prior to conducting the survey.

Roma in the Netherlands and Portugal also reported high levels of discrimination, with 86% and 84% of respondents in both countries saying they had been racially profiled by the police.

The report showed that disparities in police identifications vary between different EU member countries. It also highlighted the marked differences in the treatment received during police identifications. While 60% of respondents from the EU ‘general population’ considered that the police treated them with respect during an inspection, this figure dropped to 46% for ethnic minorities.

The report highlights that Italy, the Netherlands, Portugal and Sweden show the greatest differences in the perception of police treatment during inspections.