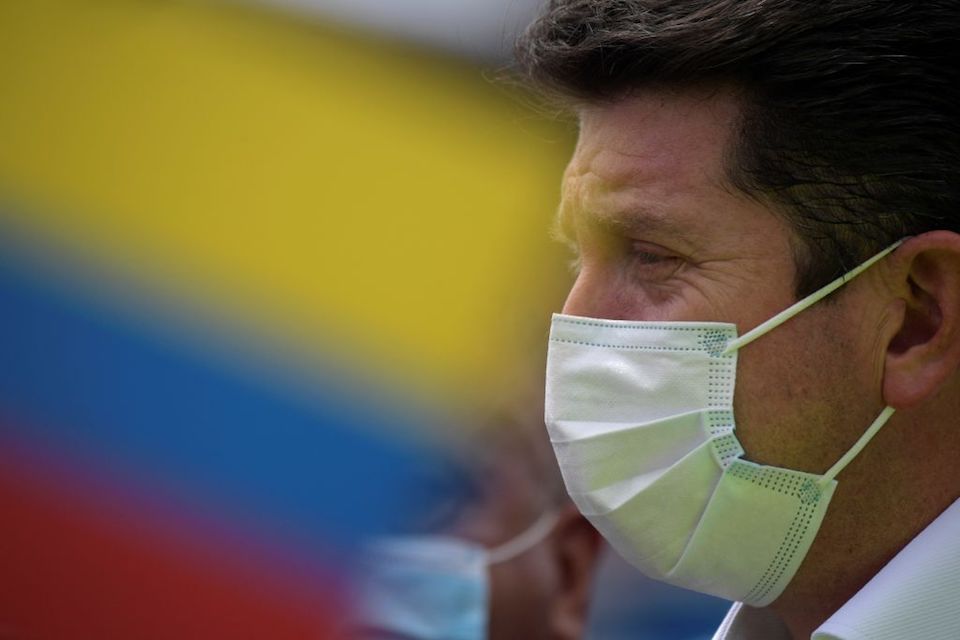 This is how the March of Silence goes in Cali, Colombia 4:32

CNN Spanish) – This Tuesday, after more than eight hours of plenary in the Colombian House of Representatives, the Minister of Defense, Diego Molano, appeared for the debate on a motion of censure to which he has been subjected.

“The discussion cannot be how many civilians or police officers have been injured or killed. Neither should have been affected. My solidarity with everyone. But the responsibility is not of the police, it is of those who generate the violence ”, said Molano at the beginning of his speech.

The Defense Minister stressed once again that the government respects the peaceful demonstration and that they have been open to dialogue. And he defended the police saying that the current administration has a human rights policy that is being developed throughout the public force.

Molano also reported to Congress that 155 irregular acts have been presented in acts of the police in the framework of the protests and that investigations are currently being carried out by the general inspection of the police.

The head of the defense portfolio also said that 2,229 blockades have been presented, which he considered systematic, in 280 municipalities of the country and that the public force is having to work daily to lift said blockades.

The minister ended his speech by saying that “In these difficult times, our democracy has to unite us. Colombia needs to move forward, but not with hatred of the past, but with hope. That the initiative of young people is reflected in that possibility. But authority and freedom are not negotiated ”.

The Board of Directors of the House of Representatives will have to reconvene for a session to vote the motion of censure. The Plenary will resume the session on Wednesday afternoon to continue the debate.

What the legislators said

Among the opposition representatives, Fabián Díaz Plata highlighted the people’s discontent with the current government.

“The people are taking to the streets, a people without strata, which is neither of the right nor of the left, they are coming out in the midst of a pandemic because it is more dangerous for them to be governed,” said Díaz Plata.

Representative León Fredy Muñoz added that all congressmen should vote for the motion of no confidence to send a message to the youth who continue to protest in the streets.

“I want for Colombians a security that frees us from fear, I want each policeman and each soldier to be a friend of the citizen, to be protectors of society,” said María José Pizarro, one of the most well-known voices of the opposition in the lower house.

The representatives who do not defend the motion of censure against the Defense Minister emphasized the need to abandon the violence.

«Our party has categorically rejected any excess of the public force, it has been our party that says that the social state of law, respect for human rights, must prevail; I respect those who have a monopoly on weapons and for those who make up the public force, ”said the representative of the Radical Change party, Julio César Triana.

1 thought on “Diego Molano: “The responsibility is not of the Police, but of those who generate violence””