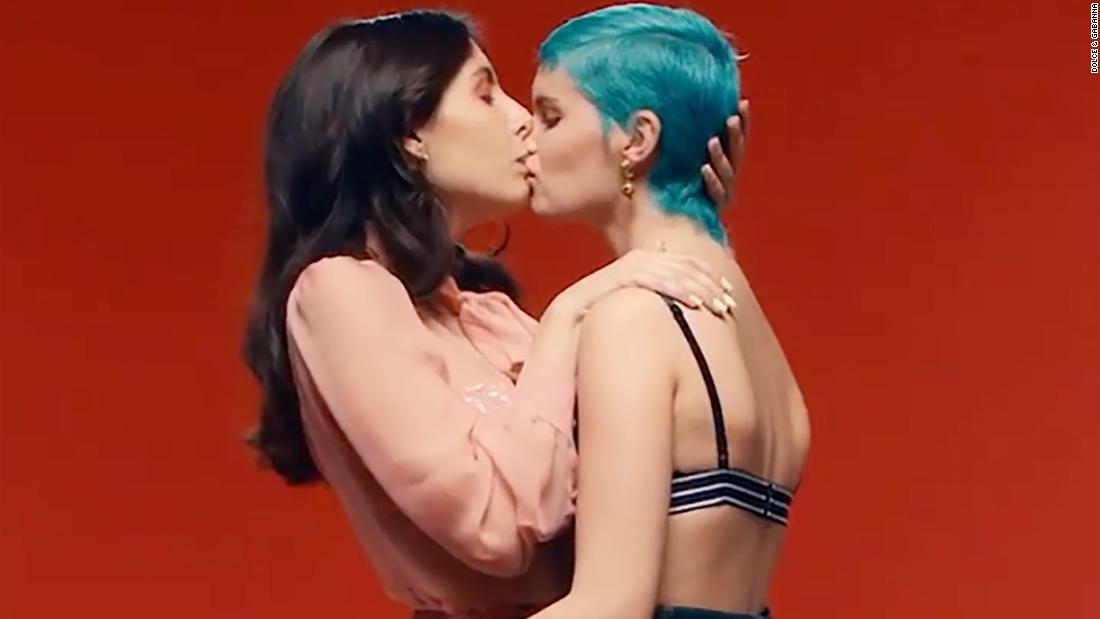 (CNN Spanish) – A ruling Russian lawmaker has filed a complaint against Dolce & Gabbana’s “Love is Love” campaign ads that show people of the same sex kissing, and now a prosecutor is requesting that they be banned from broadcasting in the country, Reuters reported.

A scene from the advertisement posted online in February. (Credit: Dolce & Gabanna)

The videos denounced by Mikhail Romanov, a member of the lower house of the Russian Parliament (the Duma), are part of a pre-Valentine’s campaign that the Italian clothing brand is carrying out through its Instagram account, @dolcegabbana.

The press service of the St. Petersburg courts reported that a prosecutor asked for them to be banned in Russia following a complaint from the legislator, a member of the United Russia party.

Since 2013, the dissemination of propaganda on “non-traditional sexual relations” has been prohibited by law in Russia. However, there is no regulation that prohibits relationships between people of the same sex.

Dolce & Gabbana declined to comment on the case, according to the Reuters report.

In the first instance, the press service of the St. Petersburg courts had reported on the prosecutor’s request to ban an advertisement showing two girls kissing. This week the office said the lawsuit includes another image showing two men kissing.

In a statement, the office said the lawsuit claims the video “contains information that rejects family values ​​and propagandizes non-traditional sexual relationships.”

From the courts they reported that the lawsuit did not advance because it had not met certain administrative requirements. News of the case is expected on June 7.