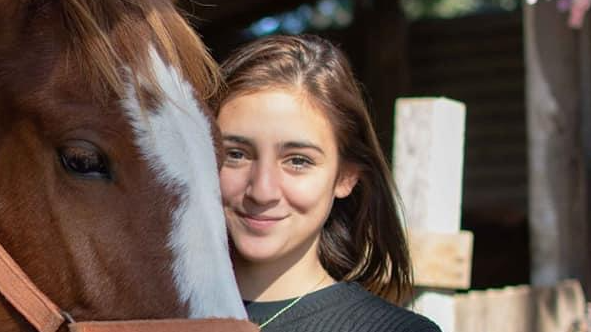 (CNN Spanish) – A 22-year-old girl died on Friday at the old Iturraspe Hospital in the city of Santa Fe, in northeastern Argentina, after being infected with coronavirus. The event shocks the country, not only because of the loss of another life in the middle of the covid-19 pandemic, but also because of the difficulties that the young woman had in accessing medical care. Her family put her to bed on the hospital floor before being treated due to the lack of available beds due to the collapse of the health system in the province of Santa Fe.

Lara Arreguiz was studying at the Faculty of Veterinary Sciences of the Universidad Nacional del Litoral (UNL), in the town of Esperanza, 30 kilometers from the capital of the province of Santa Fe. When she was ten years old, she was diagnosed with diabetes. Last week, he began experiencing coronavirus symptoms. Her parents decided to transfer her to a swab center located in a hospital in the area, where they found that her condition was due to the spread of the virus that plagues the world. In the same place, they carried out studies that showed that Lara suffered from bilateral pneumonia.

Given the worsening of the situation, the family transferred Lara to the new Iturraspe Hospital in the same city, where they inquired about the availability of beds: “I had to tell the admission person three times to please let her in. She was very unbalanced, she told me she was fainting ”, Claudia Sánchez, her mother, told the Infobae portal.

Given the impossibility of using by protocol a stretcher that he saw in the hospital corridor to lay his daughter down, he had to support her on the floor so she could rest. The photograph of this event went viral.

In this regard, the director of the hospital, Francisco Villano, told the TN news channel on Tuesday that the young woman waited 30 minutes to be treated since she was admitted to the hospital until she was seen by a doctor on duty and considered that she should be admitted.

When Villano was asked about the photograph of the young woman waiting on the floor, the doctor said that the image was taken in the corridor where the young woman was waiting for the attention of the guard “but it is not that she waited hours, she was no more than 20 minutes 30 minutes, there are seats, there are places, there are spaces, “he said, adding that he heard that Lara’s mother said that her daughter” felt sore, tired and exhausted, and that is why she wanted to be lying on the floor. “

Finally, a doctor summoned the young woman to his office, examined Lara and agreed to be admitted to a ward.

At the new Iturraspe Hospital, inaugurated in 2019, Lara Arreguiz was hospitalized for five hours. They assisted her with oxygen and took new X-rays. “At no time was that room empty, the number of people there was incredible,” said Claudia Sánchez, understanding that her daughter had coronavirus.

This situation led to her being referred on May 17 to the old Iturraspe Hospital. At this point, the virus had already taken all of his lungs, for which he required admission to intensive care, where he died days later.

Lucía Nechay, Lara’s friend and partner in the NGO SOS Caballos Santa Fe, a non-profit association where they are dedicated to rescuing, rehabilitating and recovering abused horses, in which Lara participated as a volunteer, told CNN that she still “cannot process ” his death.

“I found out because Micaela —volunteer and Arreguiz’s best friend— told me and it was very surprising news, I didn’t expect it; I did not think the situation was so bad, “he stressed and added:” The truth is that the days continue to go by and I cannot believe it. “

For their part, consulted by CNN, those responsible for the Ministry of Health of the province of Santa Fe reported that they will not issue any opinion or statement on this case.

According to information from the same ministry, the main cities in the province of Santa Fe had an occupancy level of critical beds of between 97 and 98% in the last hours.

1 thought on “Sanitary collapse in Santa Fe, Argentina: a young woman died who had to wait on the floor before being treated”