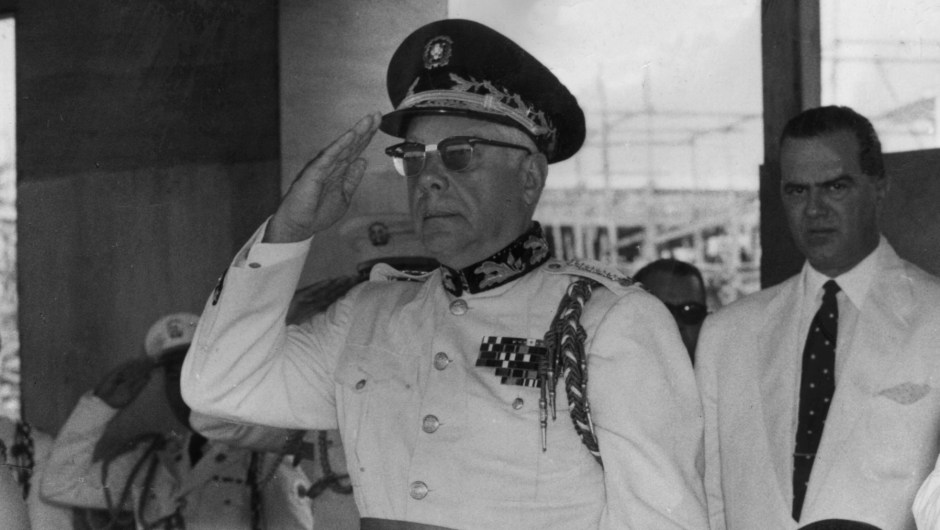 Editor’s note: Carlos Alberto Montaner is a writer, journalist, and CNN contributor. His columns are published in dozens of newspapers in Spain, the United States and Latin America. Montaner is also vice president of the Liberal International. The opinions expressed here are solely his.

(CNN Spanish) – Rafael Leónidas Trujillo was assassinated almost 60 years ago, on May 30, 1961. The date is worth remembering. His government is considered one of the bloodiest tyrannies in Latin America. The character is still gravitating over the island. The Chief – as his supporters called him – was preparing to go to San Cristóbal, the city where he was born. He was killed by a commando who was traveling in three cars and among those involved were Antonio de la Maza, Antonio Imbert Barrera, Pedro Livio Cedeño, Huáscar Tejeda, Amado García Guerrero, Salvador Estrella Sadhalá and Luis Manuel Cáceres.

Fifty people knew about the plot, but those willing to shoot Trujillo were eleven. However, only seven attended the appointment due to the precipitousness of the event. All, of course, had past ties to the dictator. They all owed him favors and, above all, humiliations. They had all been through that ordeal.

Of the eleven people involved, only two survived, as they were all persecuted: Antonio Imbert Barreras, who participated in the attack, and Luis Amiama Tió, who would have participated if he had been warned in advance. Both were invested generals by President Joaquín Balaguer, a genius of political survival.

The first one hid, very discreetly, in the Italian consulate, to the extent that the ambassador did not know that Antonio Imbert Barreras, the man most wanted at that time by the Dominican Police, was his guest. The second had the protection of a married couple who hid him at home, behind a false wall, inside a closet. Both came out of hiding after six months, when the Trujillo family had left for Europe.

Was Trujillo entirely bad for the Dominicans? He was a bloodthirsty dictator of those who have no excuse, perhaps the most bloodthirsty of all the twentieth century Latin American dictators, but, based on fear, he organized the country and developed it economically, not without keeping a good part of it. these income. He became one of the richest people on the planet by acquiring the most succulent businesses in the Dominican Republic at a bargain price, and then operating them under a monopoly regime.

Besides being the first capitalist in the country, several of his contemporaries say that he was also the first lover of the Dominican Republic. Thus, the wives and daughters of some of his ministers, or of other officials, accepted that the Chief had carnal access to the women he wanted, as Mario Vargas Llosa recounts in that splendid novel entitled La fiesta del chivo, based on the attack that cost Trujillo his life.

So far what is known. What is not known, or is badly known, is that the United States, after having formed and elected him, had the worst opinion of Rafael Leónidas Trujillo. Several books that document the episode relate that the CIA knew that an attack was going to take place because it was in contact with one of the conspirators, Antonio de la Maza, who was supplied with some firearms through agent Lorenzo D. Berry ( Wimpys), who owned a cozy supermarket in the country.

Four years earlier, in 1957, Trujillo had Octavio de la Maza, Antonio’s brother, a civilian pilot, assassinated. He was “committed suicide” in a cell of the Dominican secret service, accused of having disappeared Gerald Lester Murphy, an American pilot who would have been involved in the kidnapping of Jesús de Galíndez, a Basque professor at Columbia University, exiled in New York, author from a book that outraged the dictator: The Trujillo era. As Galíndez and Murphy had disappeared (they probably threw the bodies at the sharks), Octavio left a self-incriminating letter that the FBI, after examining it, declared “apocryphal.”

First, President Ike Eisenhower, at the end of his term, treated the kidnapping as an assault and an affront to American sovereignty.

His brother Milton Eisenhower, an eminent academic, president of a prestigious university, could have influenced him in making him see the danger that any American would run if Trujillo kidnapped a professor at Columbia University in the middle of New York and took him to the Dominican Republic to assassinate him. and the corpse disappear.

Later, during the presidency of John F. Kennedy and at the request of the OAS, instigated by Rómulo Betancourt, the US ambassador in Santo Domingo withdrew after an attack against Betancourt orchestrated by Trujillo, in which the then president was injured. from Venezuela.

Trujillo changed alliances and approached Cuba. On April 17, 1961, the Bay of Pigs invasion took place, a few weeks before the attack. Fidel feared that Trujillo would order an air attack against Santiago de Cuba. Why? In 1947 he threatened to do so if the Cayo Confites expedition disembarked. Fidel was among them. He was barely 21 years old, but he remembered that episode very well.

The least thing Harry Truman, president of the United States at the time, wanted was a war in the Caribbean. The head of the Cuban Army, Genovevo Pérez Dámera, was invited to Washington and the situation was explained to him. After his return to Cuba, the expedition was aborted.

But we were in 1961 and it has been documented that there was a pact between Trujillo and Fidel Castro.

The night of the attack (or execution, depending on the perspective), Trujillo’s car was driven by Captain Zacarías de la Cruz, his driver, who was seriously injured.

The dictator died, shortly after the 31-year-old dictatorship disappeared. He left behind a trail of blood and boundless audacity.

1 thought on “OPINION | The death of a tyrant”