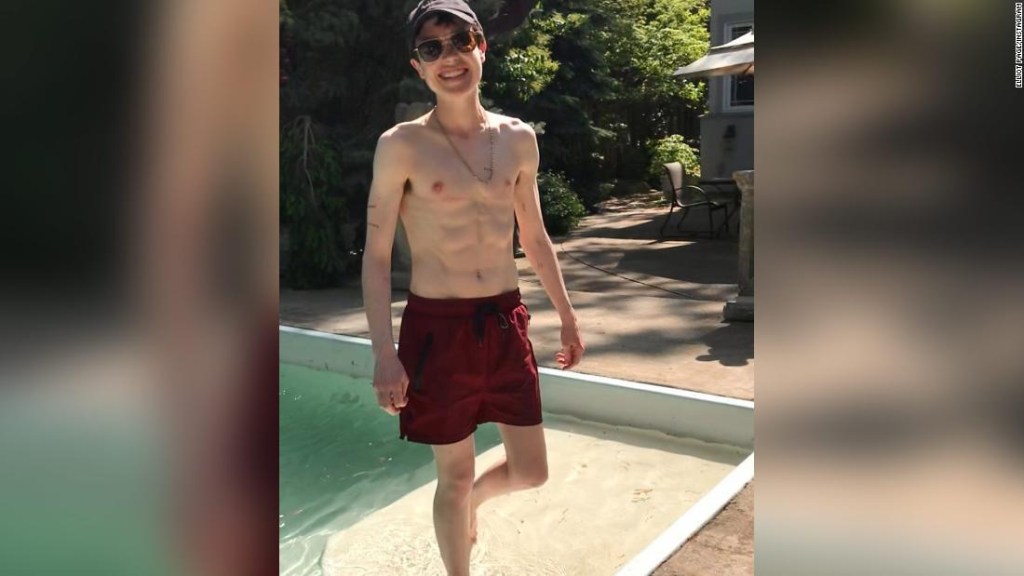 Elliot Page, happy with his body 0:52

(CNN) – Elliot Page shared a photo of an important moment since revealing the details of the surgery that “changed his life.”

The Oscar-nominated star posted a shirtless photo on Instagram on Monday spending a moment of joy in the pool, with the caption: “Trans bb’s first swimsuit.”

In December, the “Juno” and “X-Men: Days of Future Past” star announced that he is transgender and shared with fans that the actor’s preferred pronouns were he / they.

The actor recently opened up about his transitional surgery, describing it as “saving” and explaining that it led him to feel comfortable in her body for the first time.

The actor posted a photo without a shirt spending a moment of joy by the pool, with the caption: “Trans bb’s first swimsuit”

Discussing her operation during an interview with Oprah Winfrey, Page said, “I want people to know that not only has it changed my life, but I think it saves a lot of people’s lives.”

When asked by Winfrey what had given him “the most joy” since the transition, the actor was moved and said that the little things gave him the most happiness.

“It’s, you know, getting out of the shower and having the towel around your waist, and looking in the mirror and saying, ‘There I am,'” Elliot Page said.

And I don’t have that moment of panic… It’s being able to touch my chest and feel comfortable in my body, probably for the first time.

In March, he became the first transgender man to appear on the cover of Time magazine.