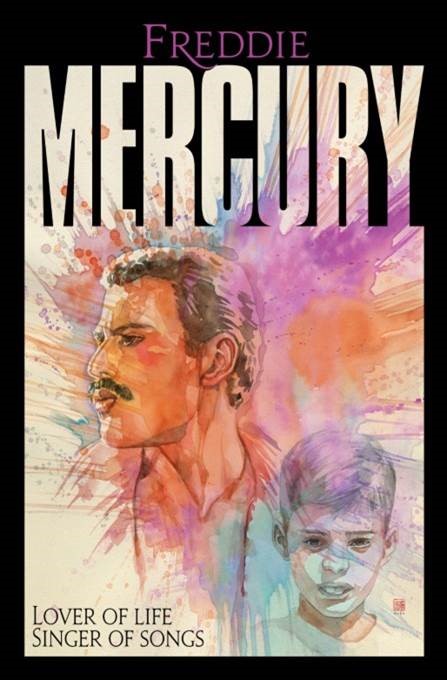 How is “Bohemian Rhapsody”? Here we give you some clues 1:19

(CNN Spanish) –Freddie Mercury, the legendary singer and leader of Queen, does not stop making history. And this time, he does it with a comic that will go on sale in November of this year.

With the title Freddie Mercury: Lover of Life, Singer of Songs, the book represents a tribute completely inspired by his music, life and lyrics.

The company Z2 Comics partnered with Universal Music Group and Mercury Songs Ltd. to create this publication, which will start at $ 29.99 and can be pre-ordered at comics page.

Freddie Mercury: Lover of Life, Singer of Songs will be a journey through Freddie’s life; from his childhood in Zanzibar and India, through his formative years in England, to becoming a rock star (Photo Universal Music Mexico)

Freddie Mercury: a lover, a singer, an icon

Freddie Mercury: Lover of Life, Singer of Songs will take fans and readers on a journey through the life of the legendary singer.

The book begins with Mercury’s childhood in Zanzibar and India.

Then he recounts his formative years in England and his steps to become a rock star, a career known and loved by millions of people around the world and narrated in the movie Bohemian Rhapsody.

This film was awarded several Oscars, including Rami Malek for “Best Performance” for his portrayal of Mercury.

The story is told in Mercury’s own words, and each chapter provides an overview of the many facets of his personal and professional life.

Freddie Mercury: Lover of Life, Singer of Songs, for new and old fans

According Universal Music Mexico“The graphic novel will provide a real insight into the many experiences that helped shape young Farrokh Bulsara and his fascinating existence, both on and off the stage – that was the life of Freddie Mercury.”

Written by Tres Dean and illustrated by Kyla Smith, Robin Richardson, Safiya Zerrougui, Tammy Wang and Amy Liu, the book features a David Mack painting on the cover and, according to the label, is “essential for the library of new and old fans.

The 136-page deluxe edition will be limited to 7,000 issues and will come with a hardcover.

And while the comic arrives, do not miss the series “Queen – The Greatest”, A YouTube project that evokes key moments in the band’s history and reminds us why Queen and their music remain so beloved.

Queen – The Greatest showcases the 50 greatest moments in Queen history and celebrates them with presentation materials that you’ll want to turn the volume all the way up.

Although the series was launched in March 2021, each week you can be part of the celebration of the 50th anniversary of the British rock band with a new episode.