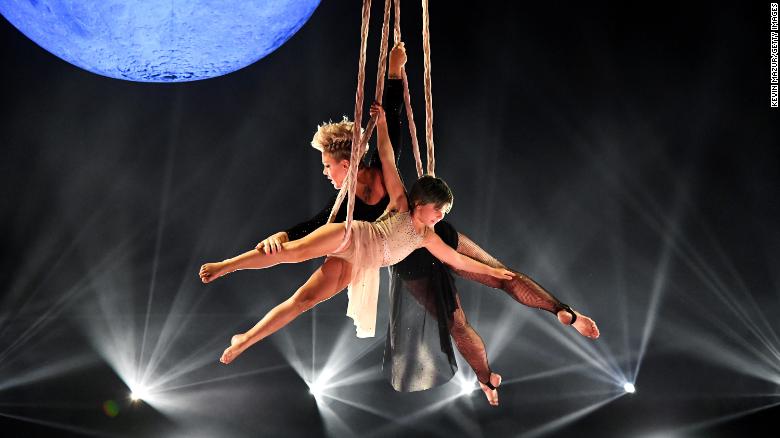 The great moments of the 2021 Billboard Music Awards 1:21

(CNN) – Pink and her daughter Willow Sage Hart They performed together Sunday at the Billboard Music Awards, where the singer also picked up the Icon Award.

The two did an impressive acrobatic performance with Pink’s “Cover Me in Sunshine,” a single she recorded with Willow. After the performance, Pink said her 9-year-old daughter “did very well.”

Pink sang a medley of her songs including “Get the Party Started,” “So What,” “Blow Me One Last Kiss,” “Who Knew,” “Just Give Me a Reason.”

Pink and her daughter Willow during the 2021 Billboard Awards.

After being introduced by Jon Bon Jovi, who labeled her a “trailblazer,” Pink admitted to having a crush on the rocker as a child, but upon discovering he was married, she replaced him with Sebastian Bach.

Pink is the 10th artist to receive the Icon Award, which “recognizes outstanding artists who have achieved excellence on the Billboard charts and have left an indelible mark on the music itself.” He joins Mariah Carey (2019), Janet Jackson (2018), Cher (2017), Celine Dion (2016) and Jennifer Lopez (2014), among others.

The 2021 Billboard Music Awards were hosted by Nick Jonas, and featured performances by The Weeknd and Doja Cat.